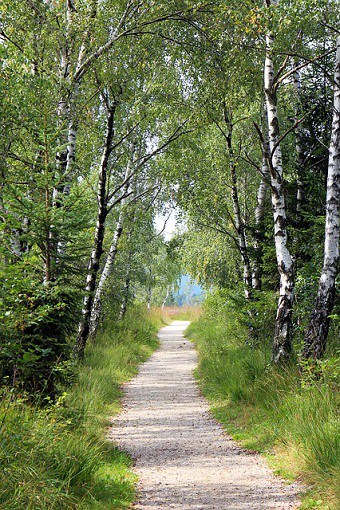 Christianity is accused of being a very narrow-minded way of thinking. The complaint is that the Bible presents a tightly closed little box of self-righteous “truth” that shuns anything and everything else as all false.

And how do we respond to that complaint? Is the Bible and the Christianity it presents really narrow-minded?

And among the essential truths that true, biblical Christianity clearly proclaims, Jesus stated this way:

“Enter in at the NARROW gate: for wide is the gate and broad is the way that leads to destruction, and many there be who go in that way; Because strait is the gate, and NARROW is the way which leads unto life, and few there be that find it” (Matthew 7:13-14).

It gets even more “narrow-minded”. Jesus dares to say at John 14:6, “I am the way, the truth, and the life; no man comes unto the Father BUT BY ME.”

Then there’s Acts 4:12 which narrow-mindedly affirms, “Neither is there salvation in any other [than Jesus; see v. 11]; for there is NO OTHER NAME under heaven given among men, whereby we must be saved.”

But isn’t this just circular reasoning? How can we use the Bible to defend the Bible?

That question gets into the authenticity and reliability of canonized Scripture. The “canon” of Scripture is that so-called “tightly closed box” of writings, collectively called the Holy Bible, that are formally considered the sole inspiration of God and the sole and final revelation of His truth. This is a subject for further in-depth study, but for now, look at these three unique and definitive facts about the Bible:

1) The Bible is not a book but a compilation of books and letters — 66 of them, in fact — written by 40 different authors over a 1,600 year period. Under such broad circumstances, unity of thought is impossible for mere men to conspire and pull off.

But unity of the Bible is there, and from Genesis to Revelation, it all points to Jesus Christ! Only one divine mind — all-knowing, all-powerful, and eternal — could have inspired the writing of the whole series of detailed records, letters, songs, sermons, prophecies, and eyewitness testimonies, all with different literary styles and themes but that so clearly string together one congruent theme: eternal salvation through Jesus the one and only Messiah.

2) Manuscript evidence of the New Testament (copies made over the centuries since Jesus walked the earth) far outnumbers that of any other popular ancient Greek or Latin writing. New Testament writings were the most frequently copied and the most widely circulated books of antiquity, with more than 24,000 ancient copies still in existence.

Homer’s famous “Iliad” is second with only 643 surviving copies. Only 7 of Plato’s original manuscripts exist today. Clearly, it is nonsensical to reject the New Testament when its documentation is over 100 times that of any other ancient work.

3) The Bible is neither religious nor mythological but is a reliable historical document. Biblical Christianity is the only belief system that is firmly rooted in and thus also definitively validated by real, verifiable historical facts.

It names real people, places and events, and records real customs, cultures and language usage that are continually confirmed by external (outside the Bible) evidences (e.g., archaeology, etc.).

Indeed, the most awesome event in history in the “tightly closed” Bible records is the physical resurrection of Jesus Christ — an event recorded by several different “narrow-minded” prophets and eyewitnesses, and authenticated by many modern-day scholars who were once “open-minded” but who then realized the truth.

Either Jesus is whom all the record of the 66 Books of the Bible say He is, or He was a liar or a lunatic. If the “narrow-minded” way of Christianity is false, then what do I as a believer lose except some temporary pleasures and less restrictions in life? But what if it’s true and you don’t believe? What do you have to lose? Eternity is too long to get the answer to that question wrong.