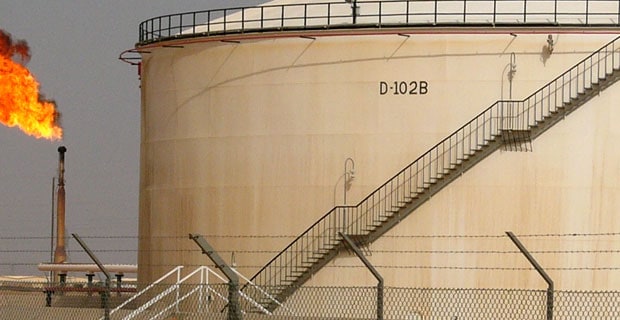 Why is Obama now re-committing the U.S. military to Iraq? Why is France strongly backing military action?

Obama says it’s to protect minorities. That’s nothing new. Obama is the fourth president in a row to bomb Iraq … while claiming it is for humanitarian purposes.

But the architects of the Iraq War (the one which started in 2003) themselves admitted it was about oil.

But what about now? Why are the U.S. and France deploying military force in Iraq now?

Well, ISIS captured some key oil fields in the Kurdish region of Iraq on August 3rd.

And the strikes were targeted in protecting oil resources. As International Business Times notes:

Two F-18 fighters dropped laser-guided 500-pound bombs on the mobile artillery target. Militants of the Islamic State were using artillery that has been abandoned by the Iraqi army when it fled to shell Kurdish forces defending the regional capital of Kurdistan.

US airstrikes were very small and very targeted and the Peshmerga Kurdistan forces are waiting for more strikes by the US fighter jets, according to reports.

It should be noted, initially, that months of murder, mayhem and brutality by ISIS on Christians and other minorities didn’t cause the U.S. or France to intervene militarily for “humanitarian” reasons.

And notice that the airstrikes were very targeted on protecting Erbil … the regional capital of Kurdistan.

The U.S. and France have never lifted a finger to protect the Kurds. Indeed, the U.S. has actively betrayed the Kurds and let them be slaughtered. For example, during the Gulf War, the U.S. called on the Kurds to rise up against Saddam (implying that he would protect them), but then let Saddam slaughter the Kurds en masse.

So why are the U.S. and France moving now to protect Erbil?

Because Erbil has now become a major oil center. The Kurdish government estimates that the region is the world’s 9th largest oil producer.

Yup … with Chevron, Exxon, Marathon, Hess and Total operating major facilities in Erbil, the latest Iraq war is also about oil … as confirmed by the New Yorker, New Republic and Vox.

For those who don’t believe that Iraqi oil is driving foreign policy, take a look at what Brookingswrote in June:

It should be obvious that a key consideration for the United States arising from [the seizure of huge swaths of Iraq by ISIS] is its potential to affect Iraqi oil production.

Any significant disruption of current Iraqi oil production or long-term diminution in its expected growth could have major repercussions for the U.S. economy.

Kurdistan also possesses approximately 89% of all Iraqi natural gas reserves. And so the West – including France – is eager to protect Kurdish hydrocarbons from falling into the hands of ISIS.