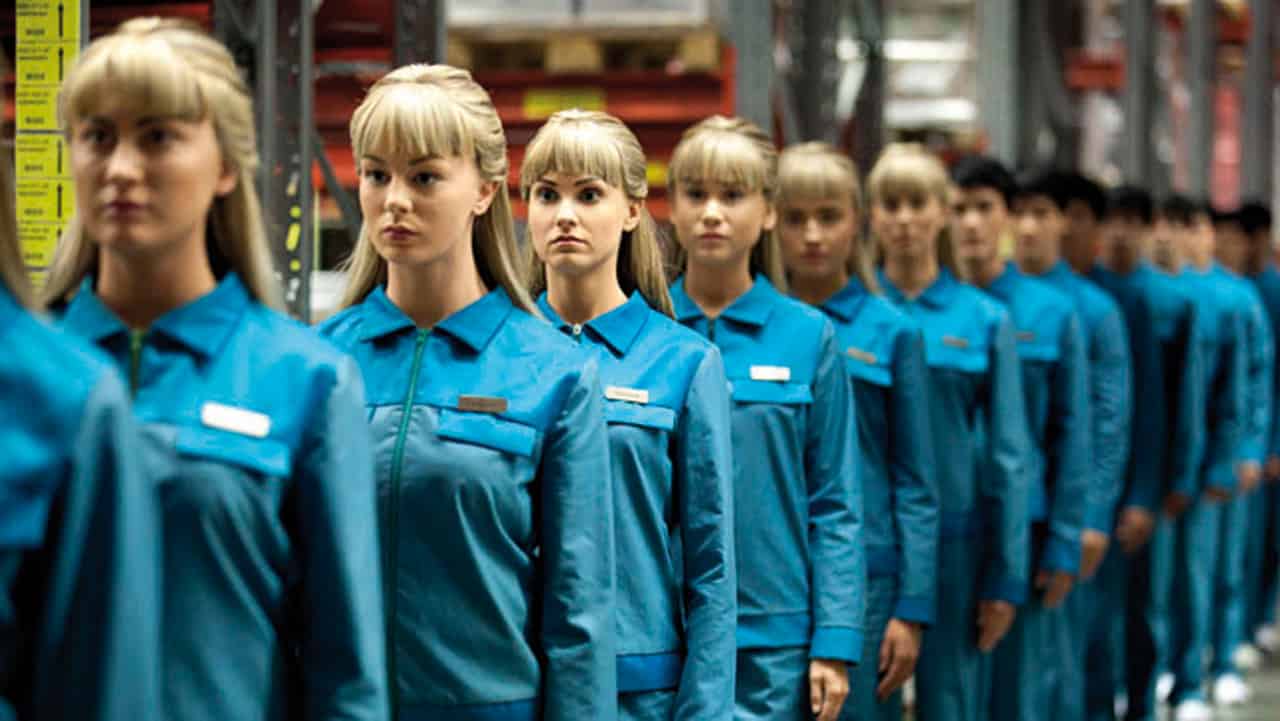 Everywhere I go I have noticed that the people I am interacting with in society are acting more and more like robots and less as people. Whenever, you call a “help line,” if you are dealing with a bank, computer manufacturer or any number of corporations, the person you are talking to seems to be in a robotic and programmed state of consciousness, not just people at the bottom of the corporate ladder, but all the way up the “food chain.” I find myself interrupting their lifeless monotone voices with comments like “I am not trying to offend you, but you are talking to me like you are a robot.

Can we just have a real conversation for a moment…like one person talking to another person?” Usually there is an awkward silence and I attempt to persuade the individual to relate to me on a more personal and human level and not like robots with their programmed corporate responses. I wait to hear if there is a change in their voice, any indication that they are becoming human again.

In the course of what I call these “instant deprogramming” conversations, I will use a variety of techniques to try to break what in reality is their trance state. On a percentage basis you can turn around maybe one out of ten people to varying degrees and they will suddenly decide to change and you can start talking to a person.

Although that may not seem important to you on a large scale, you are actually transforming society one person at a time and by awakening people to their humanity, you break the spell or the conditioning process developed by B.F. Skinner, the father of Behavioral Modification psychology, and the cybernetic theories of Norbert Weiner. Cybernetic theory is the study of electrical, biological, computer, and human control systems promoted by Norbert Weiner, John von Neumann ,and Gregory Bateson. It provided the basis for robotic, computer and Artificial Intelligence theories and then flowed into things like Total Quality Management and social control theories. Many Evangelical Christian churches operate under these theories.

H.G. Wells, in his book Open Conspiracy, called for a “one world brain,” which would act as a “police of the mind.” Gregory Bateson’s use of Cybernetic Theory flowed directly out of H.G. Wells, Aldous Huxley, the Isis-Urania Temple of Hermetic Students of the Golden Dawn, and the Isis Cult which came from Madame Blavatsky’s 1877 book, Isis Unveiled. Cybernetics provided the basis for numerous dehumanizing social control theories and a broad spread of applications that integrate with Robotics, management, organizations, Artificial Intelligence, Human-robot interaction, and consciousness.

Ultimately, this is all about control! Cybernetics began with the “study of self-governance” by Plato, which applied to the governance of people. When the people all around you begin to act like robots and good Nazis, one of the most effective things you can do to humanize society is to strategically break these trance states of social conditioning by interrupting the Cybernetic program and introducing authentic people to people communication.

Imagine what would happen if hundreds of thousands of people began to act like real people created in the image of God! The result would be societal transformation.