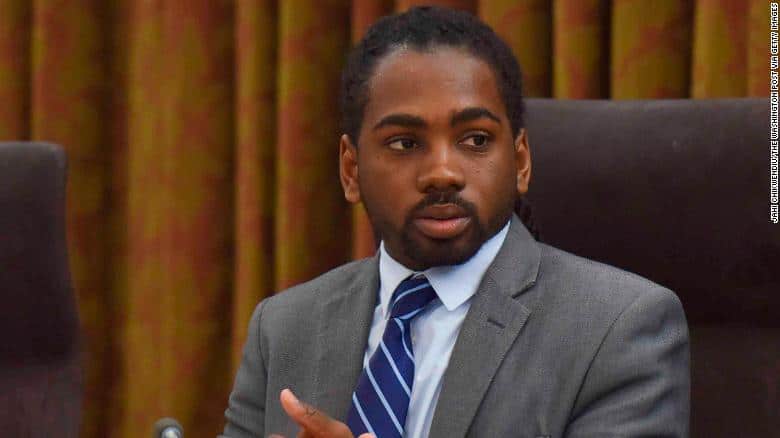 You’ve probably read about the backlash D.C. Council member Trayon White Sr. received for comments he made about weather modification and the Rothschilds. Here’s a transcript of the video clip below:

“Man, it just started snowing out of nowhere this morning, man. Y’all better pay attention to this climate control, man, this climate manipulation,” he says in the video, which was shot through windshield of a car driving through downtown Washington. “And DC keep talking about, ‘We a resilient city.’ And that’s a model based off the Rothschilds controlling the climate to create natural disasters they can pay for to own the cities, man. Be careful.”

The clip below was deleted from Facebook following public backlash, including from members of the Jewish community in Washington.

Harold Saive writes on Aircrap that,

“Mr. White was bullied by mockingbird media over the little 20 second video. The by the trolls couldn’t wait to shame a black man for exercising his right to point out a criminal who may not be a real J-e-w by bloodline.  But White yielded to pressure from the usual s-e-m-i-t-i-c trolls and agreed to censor his first amendment right even though he never uttered the word “J-e-w”.  He ultimately removed the video and rendered an undeserved apology on Twitter but not before the video had been mirrored on several platforms, including this one.” (bold and emphasis added)

Harold is right. White’s comments only mentioned the Rothschild’s, who do own the weather channel and do not have a Jewish bloodline.

“I want to apologize to the Jewish Community and anyone I have offended. I did not intend to be anti-Semitic, and I see I should not have said that after learning from my colleagues,” 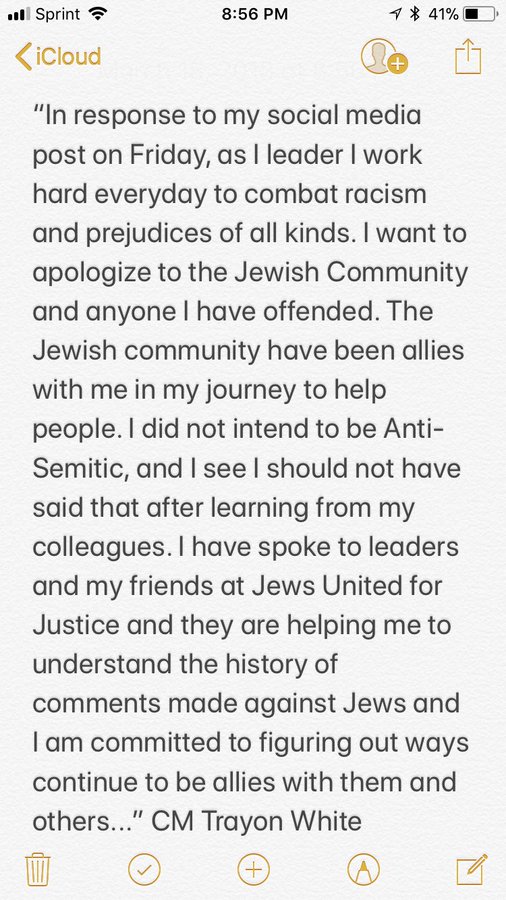 I really do apologize. I work very closely with the Jewish community and never want to offend anyone, especially with Anti-Semitic remarks.

Rabbi Daniel Zemel, of Temple Micah commented on this in Washington Sunday.

“This kind of anti-Semitism is unacceptable in any public official. This so diminishes what America is about and adds to the oppressive feeling going on in the country right now. We all have to be better. Public officials have to learn not to say the first ignorant thing that comes into their head.”

The truth White exposed about weather modification and its Khazarian financiers, lies buried beneath the piles of stories about his “anti-Semitic” remarks as the culprits hide safely behind a meticulously manufactured taboo.

Historically, repression of speech eventually leads to an uprising, but they’ve got that covered, in fact, they’re orchestrating it. In Michel Chossudovsky’s article “Manufacturing Dissent – The Anti-Globalization Movement is Funded by the Corporate Elites,” he writes,

“It is in the interest of the corporate elites to accept dissent and protest as a feature of the system inasmuch as they do not threaten the established social order. The purpose is not to repress dissent, but, on the contrary, to shape and mould the protest movement, to set the outer limits of dissent.” Prof Michel Chossudovsky

So, as we see the MSM making statements like:

–and read White’s  apology note and chagrine by Jews United for Justice to help him “understand the history of comments made against Jews, antisemitism and toward our collective liberation.”

We spoke with @trayonwhite tonight about how his comments played into the long history of antisemitism. We look forward to working with him toward deeper understanding of antisemitism and toward our collective liberation.

–In addition to recognizing the communist politically correct speech agenda, we need to keep in mind that they are playing both sides. And while this is certainly about control, satan’s ultimate agenda is always spiritual deception.

In the article below, Walter DuBlanica explains who the Ashkenazi Jews are, something that every truth seeker needs to understand about the members of this “Jewish” cabal.

Khazarian Jews Who Run US Foreign Policy ARE the Swamp

Trump spoke of draining the swamp. It is no secret that many Ashkenazi Jews (AJ) live and work in the swamp. AJ’s have nothing to do with, nor are they genetically related to Biblical Sephardic Jews from the middle east and north Africa.

In the early decade of the 1900’s 80% of the worlds Jews lived in the “pale of settlement”, that being Poland/Ukraine/Lithuania/Belarus/ Moldavia/etc. Arthur Koestler in his book “The Thirteenth Tribe” published in 1976 details how the AJ came into being. 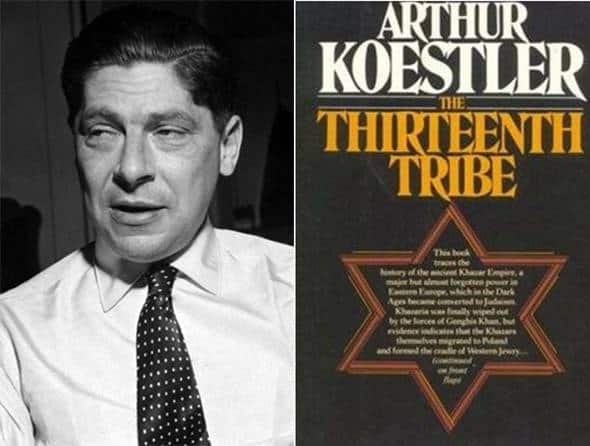 There existed a tribe of Turkish Khazars who roamed the area north of the Caspian and Black seas. About 1,000 years ago when the Russians accepted Orthodox Christianity, some of the Khazars accepted Judaism. When the Russians collapsed the Khazar empire about the 12-13th century the Khazars moved into east Europe. Today, even Bibi Netanyahu prime minister of Israel admits that he is a Khazar Jew.

That being said, let’s move on to the behavior of the AJ’s over the past few centuries in Europe and most recently in the U.S.

Armageddon /Rapture is a Christian concept. Televangelist Pat Robertson states that Israel must expand from the Nile to the Euphrates before Christ will return. Jews are God’s chosen people according to John Hagee a “chubby “ televangelist who actually vibrates when he talks about Israel.

Russia and the AJ’s needs to be examined. 3 books:

Joseph E. Davis, Ambassador to the Soviet Union in 1941 said:

“There were no 5th columns in Russia in 1941 – they have all been shot. The purges had cleansed the country & rid it of treason. The Axis 5th column in the Soviet Union had been smashed.”

He was talking about Jewish influence in Russia.

What the AJ’s tried to do in Russia and failed is what they are trying to do in the U.S.A.

Late Professor Revilo Oliver from the University of Illinois stated it as follows:

“The Jews tried to take communism as their mantra for world domination and failed. They are now trying to do the same with Democracy.”

We Americans need to take our country back from this tiny cabal that calls the “shots” for all of America.