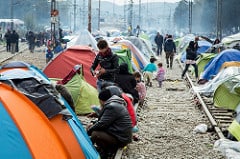 If westerners only understood about PROPAGANDA.These tactics are not new. Listen to Elena Freeland for more information about the creation of the “Hive Mind” (FF to apx 20 minutes in) after reading the article below. 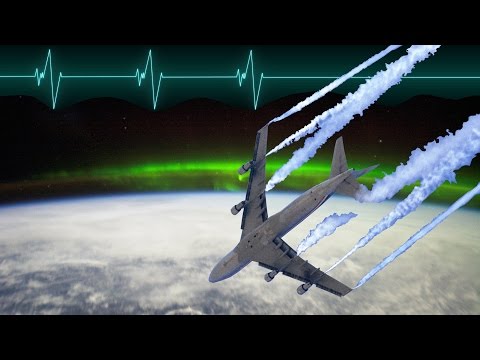 If you’ve wondered how so many warm and fluffy stories are popping up on the issue of refugees, you might look to The Hive as one reason for the latest flurry.

Truly I’m creeped-out when I read about the small group of social engineers hired by the United Nations, to create a narrative, to solve what they call the “most pressing issue” of our time—the “refugee crisis.”

Here (hat tip: Julia) is what they say about themselves (of course they don’t tell you what they really are—propagandists!):

THE HIVE AND A “MANHATTAN PROJECT FOR NONPROFITS”

So what is the Hive, and what does it do? It’s a team of 10 people working out of New York, exploring the universe of “persuadables” in the context of the refugee crisis. Reich and his colleagues are always asking, “Who can we get to engage around this issue that the UNHCR might not otherwise target? And how can we measure their behavior?” Its hiring practices are unorthodox, for the nonprofit world, at least. “We have the first full-time data scientist in a nonprofit in the U.S. focused on engagement,” says Reich.

And, here they describe one of their recent successes as they work for the UN High Commissioner for Refugees (the agency choosing refugees for your towns!):

The Hive has a wide berth to experiment with things that an august body like the UNHCR might not typically try. It made a “Jesus Was a Refugee” bumper sticker, riffing on a line of the Pope’s, and distributed it around the time of his U.S. visit.

The average person just thinks a theme like that springs up from the ether.  Do a google search on ‘Jesus was a refugee’ and see how it is spread throughout social media.

Here is their facebook page: USA for UNHCR where they promote their memes such as the bumper sticker project they brag about.

And, here is what they say they are doing:

We’re building knowledge about issues relating to refugees so that Americans will grow more committed to solving the refugee crisis.

And we’re developing strategic partnership opportunities for corporations and brands that change everything we know about philanthropy and advocacy.

We’re here to unlock the potential of the U.S. market – both in terms of fundraising and advocacy – in support of the most pressing issue of our time.

We can’t make change happen alone or over night – that is why we need you. We are bringing together the smartest and most innovative partners in the U.S. to help us reach, educate and engage American’s on today’s most pressing issue.

One of the most important weapons they have in their propaganda arsenal is STORYTELLING!

The political Left loves stories: warm stories, family stories, children stories, stories of hardship overcome, stories about success and stories about how ethnic groups are reaching out to help each other with love and kindness.  Blah, blah, blah!

But, we have stories too! (and we don’t have millions of dollars and Manhattan brains promoting them).  We have stories about their angels wandering off-message (thus destroying their carefully crafted narrative) and raping little girls (Idaho!), becoming Islamic terrorists (Kentucky) or terrorizing suburbs (Minnesota).

And, therein lies the danger to the UN and its Leftist social engineers of blogs like Refugee Resettlement Watch and other on-line media daily messing up their narrative! by pumping out the “stories” that ‘balance’ their warm and fuzzy multicultural dream theme with some cold hard reality!