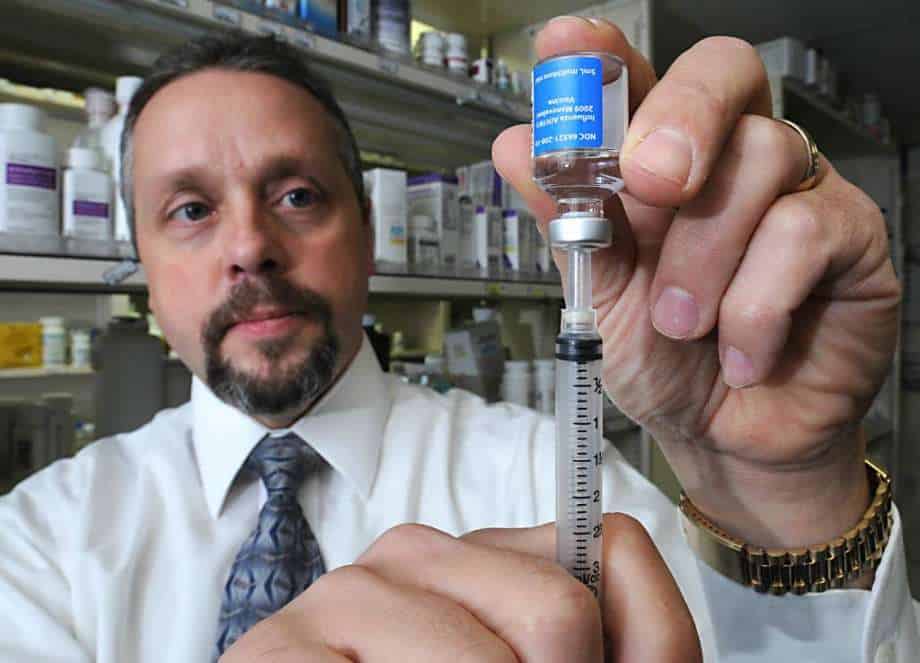 Send Emails and Faxes This Weekend. Call ALL DAY Monday before the Senate votes on HR 34 at 5:30 pm EST to STOP:

Dear NVIC Advocacy Members,
Just when you thought you could start to prepare for your holiday season, a lame duck Congress is about to “Scrooge” the public over vaccines and give a huge holiday bonus to drug companies. Your action is urgently needed to email and fax your two U.S. Senators over the weekend and call them on Monday to demand the removal of three sections (3091, 3092 and 3093) from a “Christmas Tree Bill” called The 21st Century Cures Act, HR 34 that was just passed by the U.S. House of Representatives. A video of the discussion and vote on this bill is available on CSPAN U.S. House Legislative Business (scroll to 1:43:20).
The 21st Century Cures Act legislation was originally passed in the house last year on July 10, 2015 as HR 6. NVIC issued a press release on July 22, 2015 and Barbara Loe Fisher, NVIC Co-founder and President, released a referenced commentary in opposition to this proposed legislation in which she said,
“The 21st Century Cures Act is a drug company stockholder’s dream and a consumer’s worst nightmare,” said Barbara Loe Fisher, NVIC Co-founder and President. “Making experimental drugs quickly available for the sick and dying, who voluntarily choose to use them, is one thing but Congress should not be greasing the skids to license experimental vaccines that government will recommend and legally require healthy children and adults to use. It is a prescription for disaster.”
After passing the house in 2015, the legislation stalled. Many of the provisions of HR 6 were broken up into several smaller bills, but over the Thanksgiving holiday, the legislation was quickly reassembled into a new version including some sections from HR 6 and adding some new sections, amending them all onto bill HR 34. HR 34 was originally a bill that only addressed “Tsunami Warning, Education, and Research”, but was passed by the U.S. House of Representatives on November 30th as an 824 page monstrosity!
ACTION NEEDED:
SAMPLE FAX AND EMAIL
December 3, 2016
The Honorable FIRST/LAST NAME
STREET ADDRESS
Washington, D.C. 20515
Dear Senator LAST NAME, As a constituent of yours, I am writing to you for your assistance.
On Monday, December 5th, you will be asked to vote on HR 34, the 21st Century Cures Act. Please amend HR 34 to REMOVE Sections 3091, 3092, and 3093 from this bill prior to voting because they shield drug companies and vaccine administrators from liability for fetal injuries and deaths caused by vaccines marketed for and given to pregnant woman and they rush the regulatory approval process by fast tracking all new vaccines.
Please remove the following sections from HR 34:
SEC. 3091. PREDICTABLE REVIEW TIMELINES OF VACCINES BY THE ADVISORY COMMITTEE ON IMMUNIZATION PRACTICES – Page 302 and 303
SEC. 3092. REVIEW OF PROCESSES AND CONSISTENCY OF ADVISORY COMMITTEE ON IMMUNIZATION PRACTICES RECOMMENDATIONS – Page 303-305
These sections fast track and incentivize vaccines outside of the normal regulatory review and licensing process. Fast tracking all vaccines is a terrible idea because:
SEC. 3093. ENCOURAGING VACCINE INNOVATION, VACCINES RECOMMENDED FOR USE IN PREGNANT WOMEN – Page 305 – 309
This section, which appeared originally in S.2742, includes a provision on pages 307- 309 that forces unborn babies injured or killed after maternal vaccination out of the courts and into the Federal Vaccine Injury Compensation Program (VICP). Established by Public Health Service Act (42 U.S.C. 300aa–11) in 1986, the VICP shields vaccine manufactures and vaccine administrators from most civil product liability. The U.S. Supreme Court declared vaccines to be “unavoidably unsafe” in 2011 and removed all product liability from FDA licensed vaccines. Sec. 3093 (c) (3) adds ‘‘A covered vaccine administered to a pregnant woman shall constitute more than one administration, one to the mother and one to each child (as such term is defined in subsection (f)(2)) who was in utero at the time such woman was administered the vaccine.’’
It is unconscionable to absolve the manufacturer and vaccine administrator from liability for injuries and deaths when the vaccine is marketed to and administered to pregnant women and yet it is not tested by the vaccine manufacturer or approved as safe for use by the government by a “child in utero.” Removing drug company and vaccine administrator liability for unborn babies should be removed from this bill because:
If sections 3091, 3092, and 3093 are not removed, VOTE NO on HR 34.
Sincerely,
YOUR NAME
YOUR STREET ADDRESS
YOUR CITY, STATE, ZIP
YOUR EMAIL/YOUR PHONE
~End Letter ~
ADDITIONAL CONCERNS:
These are just a few sections of this bill that should be removed. The bill is 824 pages long and there is not enough time to analyze other sections that could be problematic like NIH Innovation Projects to support the development of cancer vaccines in Section 1001 (Page 14); accelerating the development and innovation of medical countermeasures including vaccines in Sections 3084 (Pages 280-281) and Section 3085; and section 4002 on interoperability of electronic health records that could include immunization tracking systems and registries (Pages 327 – 362). If you have legislative, staff or lobbyist connections in Washington, please contact them asking them for their assistance.
Sincerely,
NVIC Advocacy Team
National Vaccine Information http://NVIC.org and http://NVICAdvocacy.org https://nvicadvocacy.org/members/Members/ContactUs.aspx