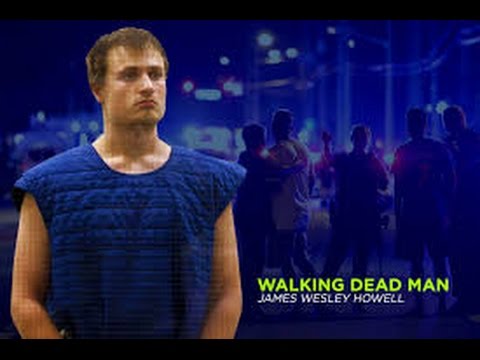 Everyone apparently. The CIA. The MSM. Alex Jones. Jeff Rense. David Icke. False flag expert Kevin Barrett, G. Edward Griffin, Gordon Duff.  American Free Press. The ACLU. Every criminal lawyer in LA. None will reach out to Howell or champion his cause.

A year ago today, June 12, 2016, Howell, 21, was arrested in Santa Monica CA with a small arsenal of weapons and bombs. A leaked story emerged that he was a CIA-sponsored “terrorist” assigned to attack the gay pride parade. (This was the same day as the Orlando nightclub attack.) He realized he was being double-crossed and surrendered to local police before he could be murdered.

In the year since his arrest, he has not received a single visitor. No one has tried to get his side of the story or offer support. He has rotted in jail (location below article) while his trial is continually postponed. It is now scheduled for the autumn. Is there no one in LA with the courage to reach out to him? He didn’t actually commit any crime. 20-year-olds make mistakes.

James Wesley Howell is the smoking gun that proves terror events worldwide are sponsored by intelligence agencies. He asked Santa Monica police for protection June 12, the morning of the Orlando “massacre.”  He told them he was supposed to bomb the gay pride parade but had backed out when he learned Omar Mateen had been killed in Orlando. He said he had trained with Mateen at a CIA camp in Virginia.

Police found items no freelance or ISIS terrorist would be able to assemble: “He had twenty-five (25) pounds of Shoc-Shot, an explosive used for blowing up targets by high velocity bullets most likely to cause a crowd widespread panic, and a possible escape by assailants in smoke and mass confusion. The two components needed to make the Shoc-Shot explosive had been mixed. Howell had an Anderson Manufacturing AM-115 .223- high velocity round caliber rifle. The rifle had a round in its chamber and additional rounds in a 30-round magazine attached to it. Another 30-round magazine was taped to the rifle. He had a .30-06 bolt-action rifle with a round in its chamber, and a high velocity .22-caliber Ruger semi-automatic pistol. He had a mass murdering commando assassin’s arsenal.”

The FBI swept in and took charge of Howell. Since then, there has been barely a word about his case in the media, proof that he was telling the truth.  Most disturbing is that both the mass media and alternative media won’t touch this story. No lawyer or advocacy group has taken up his case.  It proves that the American people are complicit in the charade that is the “war on terror.” They are accomplices at best; victims of Stockholm syndrome at worst.

Howell’s latest inmate information is below the comments. He has pleaded not guilty.  His Public Defender is Pamela Davis 310-727-6200
pjones@pubdef.lacounty.gov

Other possible sources of information:

Mainstream Media who initially covered the story and went silent:

Let’s get off the bs did follow up. What they found, if true, was bigger than Watergate:  Howell Implicates Hillary, CIA in False Flags, Trump Assassination The website is now shut down. There is some question whether they were legit. There is no record of a visitor. But why would the deep state implicate itself?

Where is American Free Press, Gordon Duff, Jeff Rense, Alex Jones, Paul Joseph Watson, Michael Rivero and the hundreds of other websites that pretend to present the truth? Have all these people been warned? (Where are Russia Today and Iran’s Press TV?) Happy to see this article comes up on google under “James Wesley Howell.”

This is a sign that the country is paralyzed by fear.  It remains for ordinary citizens to demand information from the authorities. If you live in Los Angeles, I’m asking you to visit James Wesley Howell and offer moral support. Other terrorist suspects get intense media scrutiny. The fact that Howell is being largely ignored suggests the leaked story may be correct.

Our fate is bound up in his. JWH is our best chance to prove that the government is waging a terror war against its own citizens. If he is allowed to “commit suicide” or slip down the memory hole, that war will continue.

Have we forgotten that more than 3000 innocent people died on 9-11? Their murderers have not been brought to justice. They are holding James Wesley Howell prisoner today. His life is in danger.  How many more people will die before the real CIA terrorists are stopped?

Good work following up on the story that everyone else seems to have forgotten! I do remember briefly hearing about Howell on the mainstream news just after the Orlando nightclub incident. I immediately thought, ‘Patsy!’ but then my attention shifted to the crisis actors and obvious hoax that the whole thing was, and Howell disappeared from mind…until I read your article.

Howell is just like all the patsies who’ve been mind-controlled/inducted/groomed to conduct these operations which are probably sold to them as ‘you’re taking part in a very important “drill” to help us better prepare for terrorist acts’. None of these patsies are supposed to live after the event. The alleged perpetrators of the Boston bombings were neutralized (one apparently shot himself in his voicebox and cannot speak!! – very convenient), Adam Lanza of Sandy Hook was allegedly killed, the perps in Paris and Nice were killed, and the alleged shooter in Munich apparently shot himself. 2 of the 5 alleged Brussels suicide bombers apparently did not die – one of the rare exceptions.

The case most similar to Howell’s is that of the alleged 7/7 London bombers back in July 7, 2005. Nick Kollerstrom’s ‘Terror on the Tube’ is the definitive account of the day, and the video counterpart is Muad’Dib’s 7/7 Ripple Effect available on youtube. All 4 patsies missed the train into London to rendezvous with the trains/bus that were the subject of the “drill” they were taking part in. Ergo they had to be eliminated. When they heard news about bombings on three train lines they knew something was up and 3 of the 4 headed for Canary Wharf where many well-known London news media are situated. The fourth tried to keep his rendezvous with the bus. All 4 were murdered, however the 3 at Canary Wharf were witnessed by several passers by and bystanders. 2 were shot point blank by police and the third was killed by sniper fire.

The events at Canary Wharf were reported at first but further reporting was quickly suppressed. The U.K. public was never given enough information to make the link between the supposed “suicide” bombers and the “terrorists” shot at Canary Wharf. Obviously the latter incident, if true, ruled out the government/media hoax story of suicide bombers blowing up the trains, but the British are too brain-washed, servile, weak-minded and fixated on their soccer team’s next game, to give a damn. Just like the Americans, and the French, and the Germans, and the…

“Where is Gordon Duffy, Jeff Rense, Alex Jones, Paul Joseph Watson, Michael Rivero and the hundreds of other websites that pretend to present the truth? Have all these people been warned? (Where are Russia Today and Iran’s Press TV?)”

This is a valid and very profound question. Considering some of the volatile subject matters covered by these Alternative News sources, I think we can remove any possibility of them being threatened (warned). However, it poses a bigger and darker question: Are Gordon Duffy, Jeff Rense, Alex Jones, Paul Joseph Watson, Michael Rivero and hundreds of other websites just pretending to present ALL of the truth?  Are these alternative news sources merely Government-controlled opposition to give the illusion of high-profile, internet Patriots seeking the truth?

I remember when this story broke shortly after the Gay Night Club incident in Florida. The unanswered questions in Florida seemed to mimic the ruse of another false flag — the same stratagem was reflected with James Wesley Howell. It shows that the War on Terror is totally bogus, and that many of the “alleged” terrorists are Government-trained/financed patsies.