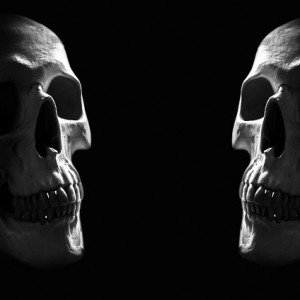 Did you know that the federal government has an “Office of Population Affairs”?  I didn’t realize this either until someone sent me a link to their website.  The Office of Population Affairs operates under the umbrella of the Department of Health & Human Services, and it might as well be called “The Office of Population Control” because almost everything on the website is about controlling or reducing the size of the population.  On the site you can find information and resources about abortion, female sterilization, male sterilization and a vast array of contraceptive choices.  There is even a search engine where you can find a local “family planning clinic” where you can get rid of any “unintended pregnancy” that may be bothering you.  Frankly, it sickens me to think that my tax dollars are being used to fund all of this.

But the Office of Population Affairs is not just pro-abortion and pro-sterilization.  On the page describing their “purpose and mission”, they actually admit that “population research” and studying “population growth” are part of their core work.  The following is an excerpt from the official OPA website…

Title X is the only federal program dedicated solely to the provision of family planning and related preventive services. The Office of Population Affairs (OPA) administers the Title X program and serves as the focal point to advise the Secretary and the Assistant Secretary for Health on a wide range of reproductive health topics, including family planning, adolescent pregnancy, sterilization andother population issues.

Family Planning Mission
To assist individuals in determining the number and spacing of their children through the provision of voluntary, confidential and low-cost education, counseling, and related comprehensive medical services to eligible clients:

And needless to say, the goal is never to increase the size of the population.

At least in the old days these population control advocates were more honest about what they were trying to do.  For example, Planned Parenthood Founder Margaret Sanger once made the following statement…

“The most merciful thing that the large family does to one of its infant members is to kill it.”

Sadly, this sick and twisted philosophy is not just limited to one specific department of the federal government.

The truth is that this worldview is represented at the highest levels in the White House itself.  Barack Obama repeatedly mentions how much he depends on the advice of his top science adviser John P. Holdren.  Well, as many of you probably already know, Holdren is an enthusiastic proponent of extreme population control measures.

He offered that “a comprehensive Planetary Regime could control the development, administration, conservation, and distribution of all natural resources … The Planetary Regime might be given responsibility for determining the optimum population for the world and for each region and for arbitrating various countries’ shares within their regional limits … The Regime would have some power to enforce the agreed limits.”

Holdren, et al, believe this global body possesses “ample authority under which population growth could be regulated.” Hiding behind the passive voice, they wrote, “it has been concluded”—by whom?—”that compulsory population-control laws, even including laws requiring compulsory abortion, could be sustained under the existing constitution if the population crisis became sufficiently severe to endanger the society.” (Emphasis added.) They added that if parents were guilty of “overproducing children, and if the need is compelling, they can be required by law to exercise reproductive responsibility.”

To further reduce the West’s population and carbon footprint, the “de-development of overdeveloped countries…should be given top priority.”

This is the guy telling Obama what he should believe about scientific matters.

In a previous article, I included this gem from Holdren…

A program of sterilizing women after their second or third child, despite the relatively greater difficulty of the operation than vasectomy, might be easier to implement than trying to sterilize men.

The development of a long-term sterilizing capsule that could be implanted under the skin and removed when pregnancy is desired opens additional possibilities for coercive fertility control. The capsule could be implanted at puberty and might be removable, with official permission, for a limited number of births.

But to be fair, this is not the first president that has had a nutjob like this as his top science adviser.  George W. Bush actually employed Paul Ehrlich, the author of “The Population Bomb”, as his top science official.  In many ways, Ehrlich is even more extreme than Holdren is.  Here are a couple of quotes from Ehrlich…

“To our minds, the fundamental cure, reducing the scale of the human enterprise (including the size of the population) to keep its aggregate consumption within the carrying capacity of Earth is obvious but too much neglected or denied”

“Nobody, in my view, has the right to have 12 children or even three unless the second pregnancy is twins”

Remember, these are not just two nutty professors from the lunatic fringe.  These are highly respected members of the scientific community that are personally advising our presidents.

And the leading contender to become the next president is also surrounded by these types of people.

“We need to continue to decrease the growth rate of the global population; the planet can’t support many more people.”

It is not politically expedient for our politicians to come right out and proclaim that they are for population control while they are on the campaign trail.

But if you look at their actions and at the people that they surround themselves with, the message is exceedingly clear.