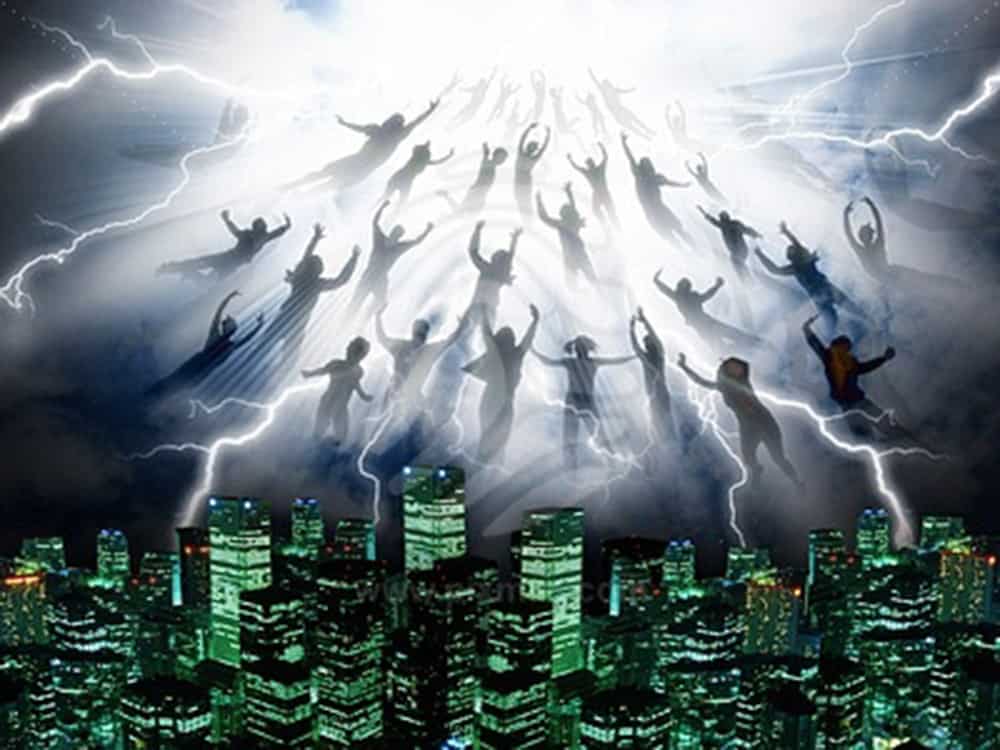 Many people genuinely want to know what the Bible teaches about the rapture and the Great Tribulation. Will true believers go through it or not? Some one sent a question and somewhat of a rebuke that I need to stop teaching the rapture. Below is the question and my response.

You need to stop preaching the “Rapture”…it is a false teaching and you are obviously a false prophet…Jesus’ coming will not be a secret coming…he says just as lighting flashes from east to west so shall my coming be also…how can that be secret?…and he says you will be hated and persecuted for my names sake…so tell me this…why aren’t christian’s in Africa or Iraq or China being taken away right now? They are being put to death as we speak…just because we have safety in America at the moment does not mean we will not be put to death as well…and the mark of the beast IS the verichip!!! You should be ashamed of yourself for preaching a false gospel and leading those who have “itching ears” astray!!! God will say to YOU…away from me…

The Bible talks about something called the rapture in which Yeshua (Jesus) comes and takes those who are looking for His coming to be with Him. I wrote about the certainly of such an event in an earlier post called the six raptures of Scripture. The question of whether that event happens before the Great Tribulation, during, or after is a matter of great discussion. I believe that the Scriptures teach a pre-tribulational rapture event. Nevertheless, that does not mean that all Christians are going to get off scot-free. I foresee WWIII (Ezek 38,39) happening before the beginning of the Great Tribulation and from what I see in Scripture, we believers are going to be here for that war. I suspect that we in the west will face persecution during that. The US faces an economic collapse that will put the entire world into a tizzy and again, we in the west will feel the impact of that in a very dramatic way. These are all things that can and more than likely will happen before the Tribulation. Keep in mind that even the New Agers who are channeling with the demons (a.k.a. aliens) are telling us that millions of people will be taken away (see video here) so that the world can then begin their evolution to the next level. In I Thessalonians 5 Paul says that when they say peace and safety then destruction will come upon them.

Here is the scenario I believe we will see in the near future: Something finally sparks the war now brewing in the Middle East. Russia comes down from the North and joins Iran (Persia) and several other countries in an attempt to destroy Israel. The war will most likely last only a short while, however the world will perceive it as WWIII. Considering that it is a war including two super powers and takes place in the middle of three continents then describing it as WWIII is a fair designation. God is going to intercede in this war to destroy the hostile forces coming against Israel. Immediately after this destruction of the Russian/Persian/etc confederation, the Lord will rapture us.

When the rapture happens is also when the Antichrist shows up. He won’t come claiming to be the Antichrist but rather our space brother. He will claim to he and his people are actually the very ones who seeded planet earth with human DNA years ago and they have been watching over us ever since. He might point out that Francis Crick, the co-discover of DNA believed in directed pan-spermia – that is – aliens dropped off DNA on planet earth. In any event, he will tell the world that he and the other aliens are now here to help mankind evolve to the next level andthey took away all of the people that were not willing or ready to evolve. They took those people away on their ships to reprogram them and the ones that were left behind are the lucky ones. With approximatley 11% of the world’s population gone, the world will rejoice and will declare peace and safety has arrived. It is at this point that sudden destruction will come upon them. I detail all of these points in my book, Corrupting the Image.

Therefore, when we see the mirror image of the rapture (the reversed explanation given by “alien” channellers) then we can see that the rapture, even according to the enemy, will happen before the time of the Great Tribulation and yet after an apocalyptic scenario. The apocalyptic scenario that Ahmadinejad wants to create is the Ezekiel 38-39 scenario.

In closing, we can see how there will be a “pre-game” event which the world will call WWIII and it will feel like the great trib to the world but it will only be prepping mankind to accept the man of sin and make him their king during the Great Tribulation. The pretrib rapture when coupled with WWIII (Ezekiel 38-9) demonstrates that we may in fact face some very challenging days and yet still be taken out before the truly big event, the Great Tribulation.