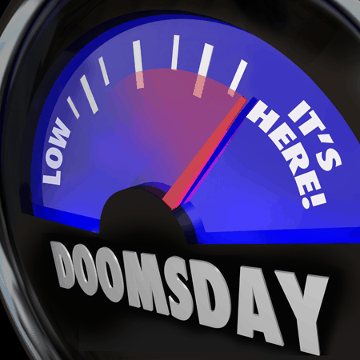 The Real Question Is: Have The Central Bankers Really Lost Control?

A global financial crisis is coming. Currently there are 23 nations around the world where stock market crashes are already happening, nations like China, South Korea, Brazil, Greece, Poland, Turkey, Ukraine, Singapore, and Taiwan, and there are more to come. Many analysts believe these stock market crashes are all coming from China, the world’s second biggest economy; emerging markets were already feeling the squeeze last week, when China devalued its currency, the Yuan. The UK Telegraph, one of the most influential papers in the world, ran a headline entitled “Doomsday Clock for Global Market Crash One Minute to Midnight as Central Bankers Lose Control.”

The short version of global economic history goes like this: the world’s first global economy, global government, and global religion began in ancient Babylon at the Tower of Babel. During this time the first occult-oligarchy was established, known as “Mystery Babylon.” The founders of Babylon were Nimrod and his beautiful wife Semiramis, formerly a whore. Nimrod and Semiramis made Billy and Hillary Clinton look like small time operators. They constructed a monetary system based on magic and global government. The secrets of this system have been passed on by the elite through secret societies throughout the ages.

Ancient Egypt adopted the Babylonian system through a Pharaoh-god-king system, which is still in operation today in many parts of the world. The Pharaoh-god-king system works because its rulers convince the masses that the elites are essentially gods, or at least enlightened and illumined beings so the common people worship them as gods and then serve them as slaves. The key to this economic slave state staying intact is to constantly perpetuate the belief that the elite are really gods; therefore, a religious system is essential to maintaining the economic servitude, as well as armies in case anyone decides to get out of line.

This is essentially the blueprint for how almost all societies and nations have functioned since the beginning of time. This Babylonian system simply kept changing the names of its gods and rebranded its formula. It is an occult-oligarchy and it has spread from Egypt, Greece, Rome, China, the Incan and Mayan empires, and Europe, and finally today it exists in America, Great Britain, and the Transatlantic Union. Secret societies were created to concentrate wealth and power in central banks like America’s Federal Reserve. We document this in our new book, The Babylon Code.

The most important part of the Babylonian system, known as “Mystery Babylon,” which is called a “mystery” because almost no one but the very top members of the elite understand it, is a monetary system based completely on illusion! The reason that people cannot understand it is because it is so utterly simple and it is hidden in plain sight.

However, the international banking families who have passed this knowledge down through the centuries understand that their power to control the global economic system is based on maintaining that illusion that money has value. Money does have value if it is tied to something tangible like gold or oil. But when money is based on absolutely nothing, like it is by our Federal Reserve System and the central banks of Europe, it is nothing more than Monopoly-game money.

Currently, the US government, or more accurately, “We the people,” owes $18 trillion in debt, which is impossible to pay back. There is no way to raise taxes high enough to pay off this debt.

This is not a Democratic or Republican problem; the problem is the system itself. History teaches us that almost every empire, including the American Empire, walked down the same path due to their pride.

The result is that due to their power and wealth they begin to wage endless wars like the Romans, the Ottoman Empire, and the British Empire. The only way out of this massive debt is to default by creating a global financial crisis or creating a currency crisis, which will lead to a mass social crisis and anarchy in the streets.

The plan of the international bankers is to engineer such a crisis, which will act as a global reset which will protect their wealth at the expense of ordinary individuals. “We need a reset in the way the economy grows around the world,” said Christine Lagarde, Managing Director of the International Monetary Fund.

The international bankers’ “global reset” will wipe out the retirement funds, savings, and pensions of ordinary people. In addition, they must initiate a series of global military conflicts and create a new global currency, which will be cashless.