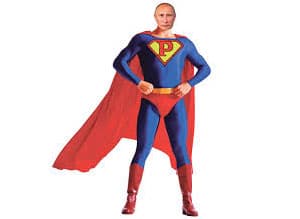 I frequently hear the following: Russia is a Christian nation. Putin is good Christian man. Russia only wants to defend its borders. Putin  is the only obstacle between the New World Order and the people of the world. Stop, I cannot listen to any more ignorance. Putin is preparing to start World War III. This could be a war that will kill billions, destroy nations and threaten all of humanity.

There are 30 reasons proving that Putin is preparing to start World War III.

2. Also in May of 2014, the Western media was suspiciously silent about the Russians airlifting critical supplies which would be used to support a war effort in Eastern Ukraine. Yet, Russia’s Novostinews service is openly reporting  that “Ammunition for Special Forces is being airlifted for Slaviansk Operation.”This is highly significant because Ukraine Denetsk region is asking to join Russia. Other regions are likely to follow. Russia is further airlifting ammunition into the same region. Even Ray Charles could see that this constitutes preparations for war in Ukraine and that this ammunition has gone to support the paramilitary forces fighting in Ukraine!

3. According to a Russian navy blog, published in May of 2014, Russia simulated an American nuclear attack involving submarines, bombers and land-based missiles and this massive drill was coordinated under the direct supervision of Putin at the Defense Ministry’s headquarters in Moscow. The nuclear drill simulated a massive retaliatory nuclear strike in response to an enemy attack. This was a live fire drill and involved a Sineva ballistic missile that hit a target on the Kula testing range on the Kamchatka Peninsula. Subsequent warnings were issued to civilian aircraft to stay clear of the massive war games area.

4. Beginning eight months ago, Russia’s LifeNewsbegan reporting that Russia’s Ministry of Civil Defense, Emergencies and Elimination of Consequences of Natural Disasters has issued travel restrictions to all employees like the country’s firefighters, ambulance drivers and rescue troopers. Additionally, a similar travel ban is imposed for parts of employees under the Ministry of Internal Affairs (MVD) including tens of thousands of police officers, prison guards, and other law enforcement agencies like the Federal Drug Control and the Federal Migration Service. Others listed in the travel ban are personnel with access to state secrets, like certain employees of the Foreign Ministry. According to estimates, the total number of travel-restricted personnel number around 250,000 people.

5. The Russians are in war mode, Arctic war mode Russia is adding 40 new naval ships to its nuclear arsenal in 2014. By the end of 2015, Russia will have nearly as many naval ships as the United States.

6. Retrofitted combat aircraft from Russia’s Northern Fleet will extend the ranges of their patrol flights over the Arctic in 2014 using a network of 14 revamped Soviet-era airfields.

7. Ballistic missile submarines make up one part of Russia’s strategic nuclear triad along with land-based ICBMs and the Russian bomber force. The Borey submarine is Russia’s first post-Soviet ballistic missile submarine class and will form the mainstay of the strategic submarine fleet, replacing aging Typhoon, Delta-3 and Delta-4 class boats. The creation of the Borey signals that the Russian economy is in war mode.Russia ultimately expects to manufacture eight Borey-class submarines by the year 2020.

8. According to Russian Defense Minister, Army General Sergey Shoigum,Russia will be very active in developing its military bases abroad in places like Kyrgyzstan, Tajikistan and Armenia.  The Russian defense minister went on to say that they were conducting drills in Belarus and Tajikistan. In fact, Russia, Kazakhstan, Kyrgyzstan, and Tajikistan are still holding war games in the  Ural region, according to the TASS Russian News Agency. It has leaked out that Russia and China are holding joint terrorist drills inside of China. Russia is clearly preparing for war.

9. During last year’s Syrian crisis Putin threatened to nuke the United States if it invaded Syria in violation of international law. Syria is critical to the Russians on a number of fronts including the prevalence of Syria’s warm water ports.Putin committed an act of war by seizing Crimea in a manner similar to Hitler to his nonviolent seizures of land prior to attacking Poland to begin World War II.

10. Russia has heavily invested in the development of a  Radar-beating missile delivery system in order to protect its long range bombers.

11. Russia has spent nearly $72 billion on arms in 2011 and is planning on spending well over a half a billion dollars to upgrade its weapons systems by 2016 including the development of the ability to cripple America with cyber attacks.

13. According to PRAVDA,Russia has 5,000 nuclear weapons of different tactical classes including Iskander warheads and torpedo, aerial and artillery warheads, all right next to Europe.

14. According to The Financial Times, satellite killers were launched into orbit May of 2014.This move by the Russians, parallels what the  Chinese have already accomplished and tested. The intent is to blind American forces on the battlefield and at sea.

15. The Russians just announced that a full squadron of ships from the Russian Navy’s Northern Fleet recently held drills in the English Channel! NATO has to be very nervous as war games have historically been used to launch an attack.

16. In what can be labeled a strategic game changer, the Russians announced that they are going to sell to their newest and most powerful ally, China, a sophisticated air defense system.

17. Moscow is in the midst of the most expensive weapons modernization program in world history. From the period of  2016 through 2025, Russia’s defense spending is expected to reach $540 billion. No wonder Putin is “borrowing” from Russian retirement funds. Much of the money is being spent making much of Russia’s nuclear arsenal “go stealth”, in which by 2016, Russian nuclear missiles could hit targets without being detected prior to striking the desired target. So much for mutually assured destruction (MAD). The Russians next-generation bomber is nearly invisible to radar and their super-silent nuclear submarines are deadly, and according to the U.S. Navy, will be fully operational by 2025.

18.FEMA signed a bilateral agreement with the Russian military to permit a minimum of 15,000 Russian soldiers to train on American soil and this was at a time when both Russia and China threatened to nuke the United States if we dared to invade Syria or Iran in the Fall of 2013.

19. Last summer (2014), the Russian military transferred personnel from the Western, Central, and Eastern military districts of the country to the Arctic region, according to a report by ITAR-TASS.

20. NATO was busy the last three days of October when they“tracked Russian military planes that included fighter jets, long-range bombers and tankers over the Baltic region, the North Sea and the Atlantic Ocean.” Jets deterred over nineteen Russian planes just on October 29. The majority of planes were located in the North Sea and Atlantic Ocean. Radar did show eight planes toward the Norwegian Sea, but six planes turned around after the Norwegian Air Force pushed back. Two planes, Tu-95 Bear H bombers, continued towards Norway until NATO planes in the United Kingdom tracked them and forced them back to Russia.

21. Putin has declared war on the Petrodollar and is trying to destablize the American economy through the sale of oil for gold.

22. Putin has undermined the relationship between the US and two  of our biggest trading partners, India and China. Putin has married Russian energy with the Chinese and all deals are conducted in gold. India and Russia trade in commodities for gold. They used to use the dollar.

23. Portugal, a member of the European Union and a founding member of NATO, chased a Russian ship out of their waters on November 6. Russia claims the ship conducted “marine research,”but Portugal intervened when the ship floated almost fourteen miles from the coast.

24. On October 29, 2014. I wrote that my confidential sources informed me that Putin was preparing to cut off gas to Europe. My sources were 14 days premature in their prediction. This is an act of war.

25. In response to the same heightened tensions. Lithuania, as well as its neighbors, are preparing for a full-scale invasion by Russian forces. The Lithuanian government has issued a survival manual to its citizens which details how to fight a guerilla war against its Russian neighbors. Europe knows what Russia is capable of because they have lived through two world wars.

26. I previously reported that Putin has been aligning his new military allies in India, Brazil, Bolivia, El Salvador, Cuba, Ecuador, Nicaragua, China, and even in South Africa in attempt to force the U.S. to prepare for a Red Dawn scenario here at home in the event that hostilities break out. This was Putin’s version of “Plan B” as he obviously was anticipating the loss of control over Ukraine.

27. Former U.S. Treasury Secretary Paul Craig Roberts had also warned in advance of a “Black Swan Event” such as Russia cutting off energy supplies to European nations as a prelude to war. It turns out that the Roberts prediction was correct with Putin shutting off gas to Europe. The world took a big step towards to the next world war. Britain only has an energy storage buffer estimated to be about 16 days of energy demands. What lies beyond 16 days under the present set of circumstances. The coming Britain reduction in energy usage will be imposed through rationing and denial of service to non-essential entities and service. In contrast, Germany has 77 days of energy reserves and France has 88 days. However, none of these nations have enough energy reserves to get through the winter. Britain, France and Germany are luckier than most European nations who have almost no energy reserves and are very dependent on Russian gas exports sent through Ukraine.

28. Putin announced his warlike intentions, in November of 2014, in that he plans to severely scale down nuclear security cooperation with the United States. Translation, Russia does not need, nor want, the protection it formerly achieved through limitations on nuclear weapons. This aggressive posture, according to The New York Times, is seen as Russia’s way of saying that it requires no outside assistance in securing the country’s nuclear assets and network. This can only mean one thing, Putin is preparing for nuclear war.

29. Putin is a former KGB/Russian Mafia thug who has the psychological makeup to lead the world into a devastating World War III. New England Patriots owner Robert Kraft went publicwith claims that Russian President Vladimir Putin stole his 2004 Super Bowl ring during his visit to Russia in 2005. All of you naysayers, turn off your computers and save your printer ink, this is too well documented to not be true. And let’s not forget that in 1991, Putin, then deputy mayor of St. Petersburg, organized a number of scams involving meat imports into the poor, starving city. This drive is believed by many to have enabled Putin to make himself incredibly wealthy with an amassed fortune of almost $70 billion.

30.  Putin has no moral compunction against starting a third world war. Of course there are those that would cast Putin, including himself as a Christian. If he’s a Christian, I would have to denounce my religion. When Putin was a member of the KGB (i.e. the Russian Mafia), East German Intelligence described him as a philander and a wife beater! Some Christian! Understandably, Putin’s wife divorced him. She is lucky to still be alive.

My confidential sources, the same that predicted the gas shutoff that just occurred,  tell me that Russia’s trump card lies in attacking Saudi Arabia in retaliation for action against the U.S. attacking Syria.  This is what the American military planners fear the most. This would have catastrophic consequences. America’s economy would come to a complete standstill because oil availability would be greatly reduced.