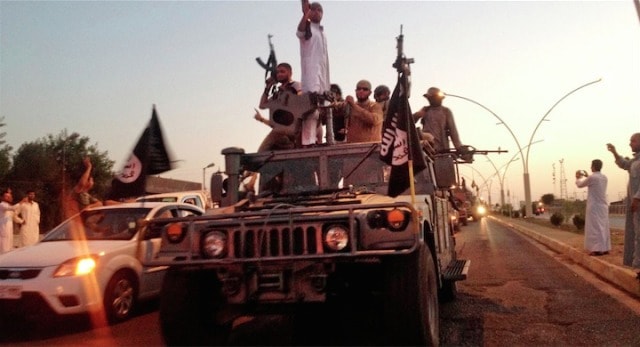 More than 81 percent of Syrians believe the United States and its allies are behind the creation of the Islamic State terrorist group, a recent survey found.

Conducted by research firm ORB International, the survey questioned 1,365 Syrians throughout the country on matters regarding the Islamic State and the nation’s ongoing turmoil.

“81% [of Syrians polled]… believe that ISIS is a foreign/American made group,” the survey states.

The poll’s conclusions are unsurprising given both comments and the general sentiment from residents in the Middle East in light of the Islamic State’s continued advance across the region.

Just last June, a Wall Street Journal reporter speaking with Iraqi refugees in Baghdad found a growing number of residents believed the United States was directly supporting ISIS terrorists after multiple US weapons airdrops reportedly fell into the hands of jihadists in 2014.

“We don’t have any trust in Americans anymore,” said prominent lawmaker Alia Nusseif. “We now think ISIS is being used as a tool by America to divide and weaken Iraq.”

Regardless of whether Western powers created ISIS as some claim, Pentagon documents recently uncovered by political watchdog Judicial Watch revealed that the US deliberately used al-Qaeda and other radical groups to destabilize Syria – leading to the rise of the Islamic State.

“According to the newly declassified US document, the Pentagon foresaw the likely rise of the ‘Islamic State’ as a direct consequence of this strategy, and warned that it could destabilize Iraq,” Insurge Intelligence writer Nafeez Ahmed wrote. “Despite anticipating that Western, Gulf state and Turkish support for the ‘Syrian opposition’ — which included al-Qaeda in Iraq — could lead to the emergence of an ‘Islamic State’ in Iraq and Syria (ISIS), the document provides no indication of any decision to reverse the policy of support to the Syrian rebels.”

During an interview with Al Jazeera’s Mehdi Hasan, retired Lieutenant General Michael Flynn, the former head of the Defense Intelligence Agency (DIA), openly admitted that the policy of supporting terrorist groups was a “willful decision” of the Obama administration.

Despite clearly having a role in Iraq and Syria’s destabilization, Western governments continue to justify further intervention overseas in the name of fighting ISIS terrorists.