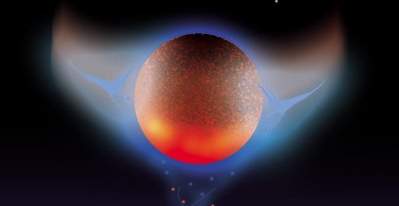 On two Facebook groups: Exposing The Rothschilds, and Illuminati Killers, I’ve been hearing a lot about Planet X, and wonder if this is real or fear mongering?

The Planet X story is a NASA/military sponsored psychological warfare operation. It’s pure fear porn and a hoax. I first heard of the story in 1995 and thought it was on the level. I read all the Sitchin books and devoured the tons of information being posted by Nancy Leider of zetatalk.com. Her alien friends told her that Planet X was going to sweep through our solar system in the early Spring of 2003 and cause massive earth changes, biblical flooding, etc, etc. It didn’t happen, even though she was posting photos in the last couple of weeks of May 2003 that supposedly showed Planet X near the sun, etc., and we were going to start feeling it “any day now,” but of course, nothing happened. So she THEN says that the Zetas predicted the wrong date (for over 8 years) in order to “trick” the government (if you can swallow that). And she comes out with a NEW incoming date. Of course, when the new date came and went without anything happening, they changed it to another date. When that date came and went, they predicted a new date, etc. It eventually became obvious that Nancy Leider was under mind control and the whole story was a fraud.

There are many people who pump the Planet X fear hoax. Some believe it perhaps, but it’s more likely that most of them, like Nancy Lieder, are victims of mind control. I recorded a Coast to Coast radio interview a couple of months ago in which the guest was regurgitating the same “proof” of how Planet X was coming in and how “bad” it’s going to be, etc. George Noory went along with it even though he had probably interviewed Nancy Leider many years ago on more than one occasion and knows it’s a BS story. But Noory is a tool of government disinformation, like his predecessor, otherwise he wouldn’t be hosting the Coast to Coast radio show, so naturally he’s going to go along with whatever story he’s told to go along with.

They’ve been posting “photo evidence” of the incoming Planet X since 2003. It’s easy to Photoshop anything, especially involving space shots. I began to suspect that the Planet X story was not true in 2002 and posted my realization that Planet X was a snow job in a long article I put up on July 15, 2004:

I’ve posted other articles here and there since 2004 denouncing Planet X as a hoax, but I no longer pay much attention to it. I would have thought that more people by now would realize that it’s total BS. Of course, there are always new suckers coming down the pike who will buy into it if they don’t do some research first.

ALL doom & gloom predictions of incoming planets, asteroids, plagues, flooding, earthquakes, pestilence, etc., etc., are pumped on the internet by agents (witting or unwitting) of military pychological warfare operations. It’s part of the “End Times,” Doomsday-followed-by-Utopia brainwashing package that the Zionists have concocted for the Christian and Muslim goy in order to pave the way for their One World, Zionist Paradise to be headquarted in Jerusalem.