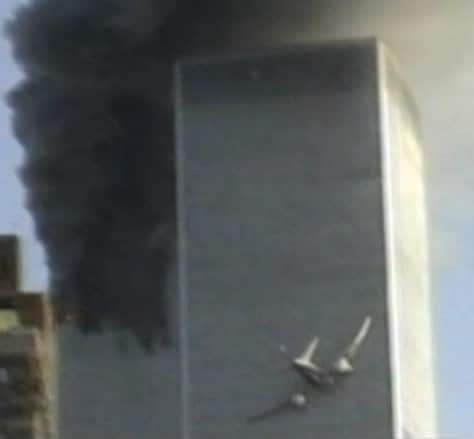 It’s becoming redundant to say “Just when you thought it couldn’t get any weirder.” The deception we are currently living in the midst of is nothing short of mind boggling.

And for this cause God shall send them strong delusion, that they should believe a lie – 2 Thess 2:11

[…]and upon the earth distress of nations, with perplexity – Luke 21:25b

A former CIA and civilian pilot has sworn an affidavit, stating that no planes flew into the Twin Towers as it would have been physically impossible.
http://neonnettle.com/news/211-ex-cia…

The holographic projector displays a three-dimensional visual image in a desired location, removed from the display generator. The projector can be used for psychological operations and strategic perception management. It is also useful for optical deception and cloaking, providing a momentary distraction when engaging an unsophisticated adversary.
http://www.au.af.mil/au/2025/volume4/…

“Without question, space-based lasers could be fielded in 10 to 20 years that can destroy targets in space as well as on or near the earth’s surface. The challenges involve engineering and cost, rather than the fundamental laws of physics.”

Spacecast 2020 includes holographic projection from space, planetary defense weapons, and weather modification systems that would involve lasers in space in ways or at power levels that stagger the imagination.

Holographic Projector
Operational Concept. This concept, which would fall into the force enhancement mission area, was considered in the Spacecast 2020 study, and as a truly novel idea provides evidence that the strategic studies did consider “out of the box” ideas. However, the concept ignores the fundamental physics of generating holograms.

The concept is a “system that could project holograms from space onto the ground, in the sky, or on the ocean anywhere in the theater of conflict for special operations deception missions. This system would be composed of either orbiting holographic projectors or relay satellites that would pass data and instructions to a remotely piloted vehicle or aircraft that would then generate and project the holographic image.” The apparent intention is to generate three-dimensional images of sufficient quality to make the observer believe an actual object is being seen.

There have even been suggestions by anonymous sources that these holographic images could be made to produce speech as well, which is theoretically possible using the photo-acoustic effect in air. This effect has been proposed by Oak Ridge National Laboratory for a laser-based emergency broadcast system.

This technology was reported in the media before 9/11 pertaining to military psychological operations (PSYOPS).

According to a military physicist given the task of looking into the hologram idea, the feasibility had been established of projecting large, three-dimensional objects that appeared to float in the air.

…washingtonpost.com has learned that a super secret program was established in 1994 to pursue the very technology for PSYOPS application. The “Holographic Projector” is described in a classified Air Force document as a system to “project information power from space … for special operations deception missions.”