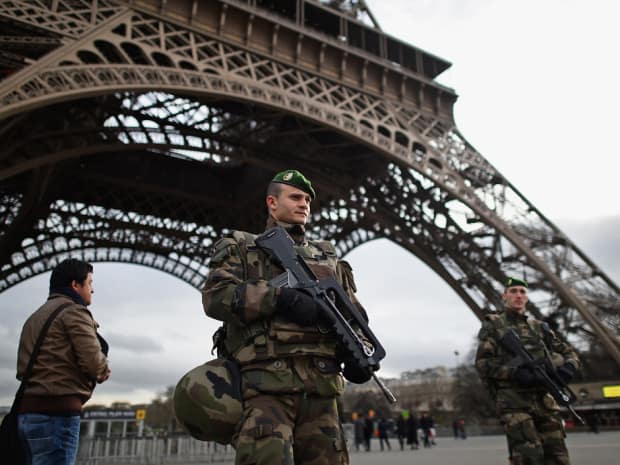 Not one word do we read or hear about how to stop ISIL by finding and cutting off the source of its funds. This leads this editor to believe we are not supposed to think about an approach so logical.  Instead we are to shout praises for our side because “Jihad John” is presumed dead, and we are getting even!  Please read Gilad’s excellent reaction and prophesy about the slaughter in Paris. He is an Israeli by birth, living in London. – ED CEC

Yesterday morning, the news was broadcast of extensive ‘heroic’ allied drone attacks in Iraq and Syria in support of the battle for Sinjar. We also learned about the assassination of Jihadi John. We were told some revenge might be on the way.  As promised, last night Paris was bathing in blood.

Welcome to World War III – a global conflict with unlimited battlefronts. We, as people of the world, are all caught in the middle in this disaster. We see that our universe is crumbling, we want peace, yet we don’t even know who the enemy is.

For some of us, this recent escalation is not a surprising development. We have been writing about it for years. We have been scrutinising the disastrous impact of the matrix of Ziocon immoral interventionist lobbies that have been relentlessly advocating more and more conflicts.  The CRIF in Paris, CFI in London and AIPAC in Washington all push for escalation of the battle against Arabs and Muslims in accordance with the Israeli plan for a new Middle East.

We are forced to accept the fact that extremist Muslims are very upset and they can hit hard and in a very short time. Russia saw one of its planes falling out of the sky, killing more than two hundred innocent holiday makers. Paris has again suffered. We must ask, is it necessary? Do we have to live in fear from now on? Is peace an option?

The terror is a message that we have to understand. What is its message? ‘Leave us alone’ is what these homicidal terrorists are trying to tell us. Is that too complicated for the Western subject to take in?  ‘Live and let others be,’ is what this is about. The pragmatic implication is obvious. The West must immediately stop serving Israeli and global Zionist interests. We must cease all operations in Arabia and the Mid East. For that to happen, and for a chance for peace, opposition to global Zionism and Israeli lobbying is imperative.

Here is some practical advice; next time Bernard Henri Levy, David Aaronovitch or Alan Dershowitz attempt to sell a new conflict-pack in the name of ‘human rights,’ we should politely advise them that we have learned our lesson – no more wars for Zion. Then, peace may prevail.