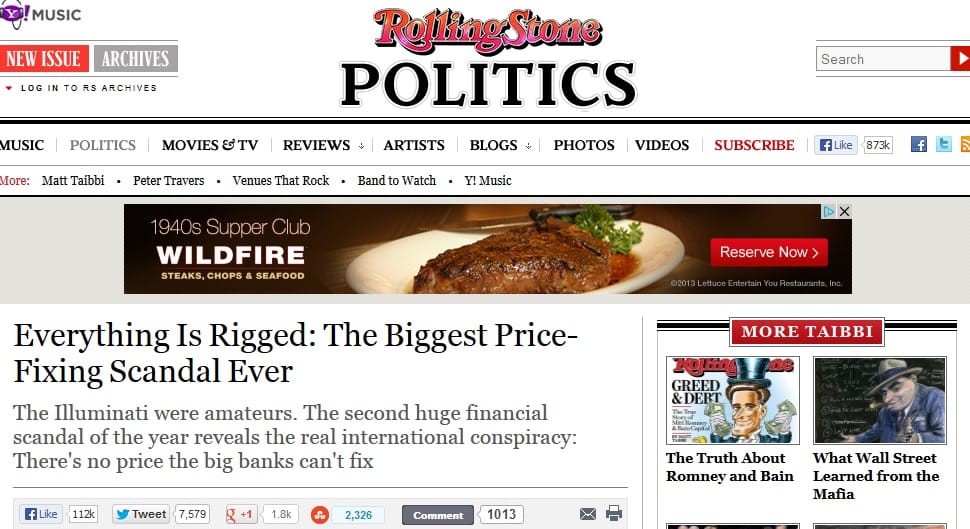 For decades, people who tried to expose secret societies were ridiculed and attacked. Anyone who talked about the hidden agendas of the Illuminati, the Freemasons, the Jesuits, the Zionists, the Vatican, the Skull & Bones, the Bilderberg Group and the Knights Templar was labeled as a conspiracy nut. So, why is the mainstream media starting to change its opinion of conspiracy theorists? The heavily control mainstream media knows that it cannot keep this subject a secret for that much longer. Plus, secret societies that control mainstream media and our government believe they have become too big and powerful to fail.

(RollingStone.com) Conspiracy theorists of the world, believers in the hidden hands of the Rothschilds and the Masons and the Illuminati, we skeptics owe you an apology. You were right. The players may be a little different, but your basic premise is correct: The world is a rigged game. We found this out in recent months, when a series of related corruption stories spilled out of the financial sector, suggesting the world’s largest banks may be fixing the prices of, well, just about everything.

You may have heard of the Libor scandal, in which at least three – and perhaps as many as 16 – of the name-brand too-big-to-fail banks have been manipulating global interest rates, in the process messing around with the prices of upward of $500 trillion (that’s trillion, with a “t”) worth of financial instruments. When that sprawling con burst into public view last year, it was easily the biggest financial scandal in history – MIT professor Andrew Lo even said it “dwarfs by orders of magnitude any financial scam in the history of markets.”

The biggest financial scandal in modern history has been discussed a few time on this website, you can read more about it at this page.

Here is a video of CNN admitting that secret societies are real.

What else are they not telling you?

The other secrets that they are not telling you are their black projects, secret space programs and their private treaties with extraterrestrials (ETs), such as the Zetas (also known as the Greys) and Drakonians. If you have a hard time believing that ETs exist, read this shocking article. The Bible refers to some of these ETs as Nephilim and Fallen Angels. The Annunaki, the Zetas, the Reptilians and the Pleiadians are popular among supporters of the new age movement. Secret societies are very obsessed with ETs. They are even planning to create a false flag alien invasion, which is known as Project Blue Beam. 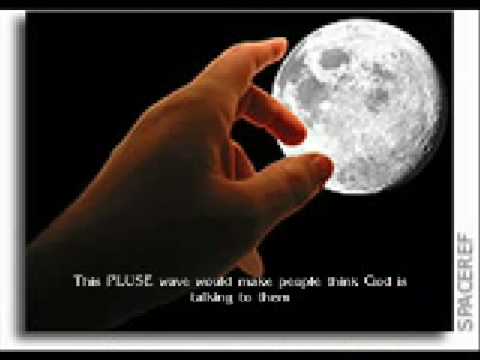 Whether you believe in ETs or not is irrelevant to secret societies, because they believe and worship them. A lot of western secret societies worship Satan and Lucifer. When they refer to these negative sentient beings, they are actually talking about groups of fallen ET races, such as the Annu-Elohim (not to be confused with Elohei-Elohim), Nephilim, Drakonians and Annunaki. Whether you realize it or not, ETs have exist since the creation of the human race and some have been around way longer than us. The Universe is filled with so many different species that it is impossible for us to count them all.

The human race has been brainwashed to the point where we can barely tell the difference between what is real and what is not. For visual proof of this, read this shocking article. Since secret societies are able to brainwash us to such a large degree, what makes you think they cannot keep the ET phenomenon a secret?

Most ET races are benevolent but there are some who are very malevolent. The malicious ETs are the masters of most western secret societies. They do not like to show themselves to the public, because it is a lot easier to deceive and control the public from behind the scene. This is why you do not see them land their UFOs in public places. However, if they are successful at implementing their fascist one world government, UFOs landing in public places may become a reality.

What most of us do not understand is that a large portion of our taxes, in the sum of trillions of dollars, are being spent on top-secret government projects, such as black projects. A great portion of the trillions of unaccounted money that Donald Rumsfeld talked about the day before 9/11 is being used for these secretive programs.

One of their secretive programs is the secret space program. NASA actually has two space programs. One program uses rocket engines to power its space crafts while the secret program uses “alien technologies,” such as anti-gravity space crafts, also known as UFOs. Our secret government has been experimenting with UFOs since the mid-1900s. As a result, they already have the technology to send ET home. I know these topics are hard to believe, but if you know how to think like a detective and start investigating black projects, you should come to similar conclusions as me.