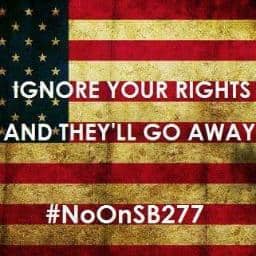 While the abortion issue still hinges on a woman’s “right to choice”, where is this right to choice when parents are forced to vaccinate their children? For anyone paying attention, this should make it very clear that the issue is NOT about “choice”. It’s about legalizing the killing of children.

“Somehow, nearly all the white churches (with a few notable exceptions) have become slaves to the twisted will of the fascist government and its corporate puppet masters. Only the African-American community, it seems, has enough spine to stand up and say, “You will STOP killing our babies in the name of false public health!”” 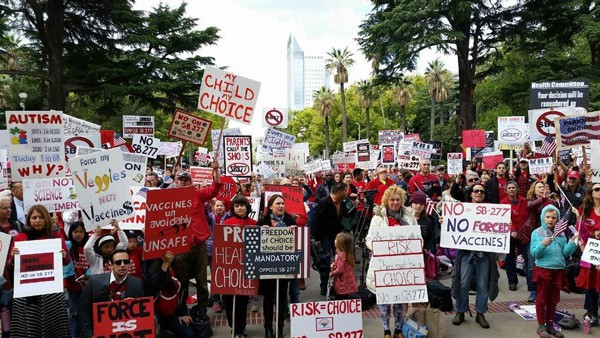 The sleeping giant of the African-American community has awakened against the crimes of the vaccine profiteers and their relentless destruction of young black lives.

It’s happening right now, and it touches my heart to see this community rising up and waking up to the life-destroying deceptions of the CDC and its pharmaceutical puppet masters that have dictated “public health policy” in America with wildly destructive consequences for the black community. An entire generation of black babies now suffers under the vaccine injury side effects that the CDC has known about but has willfully hidden from the world in order to protect vaccine profits, all while black children suffer from autism caused by vaccines!

In particular, CDC scientist Dr. William Thompson publicly confessed to taking part in an elaborate vaccine science fraud to cover up the links between vaccines and autism in young African-American males. This confession, reprinted in part below, was exhaustively censored by the pharma-controlled mainstream media, which actively conspired to keep the African-American community blind and ignorant to the truth of how the vaccine industry is destroying their babies for profit.

“I am a Senior Scientist with the Centers for Disease Control and Prevention, where I have worked since 1998,” wrote Dr. Thompson in a now-famous public confession. “I regret that my coauthors and I omitted statistically significant information in our 2004 article published in the journal Pediatrics. The omitted data suggested that African American males who received the MMR vaccine before age 36 months were at increased risk for autism.”

More than profiting from destroying lives; Does the vaccine industry now echo the genocidal crimes of Tuskegee?

But there may be even more to it than profit, it turns out. In a courageous, inspirational speech recorded yesterday at a California rally against SB277, African-American minister Tony Muhammad drew a line in the sand against the corrupted vaccine industry and its genocidal agenda, saying, “Could this be a bill to destroy our boy babies? And I’m letting you know that the black community, we are not going to stand by and let another Tuskegee experiment happen again!”

Watch this stunning, inspirational speech by Tony Muhammad at this YouTube link.

In the speech, Tony Muhammad reveals that Minister Louis Farrakhan has also awakened to this issue, and a plan is being put in place to directly confront the CDC in Atlanta, to denounce the genocidal actions of the vaccine industry’s destruction of black lives, and to hold black politicians in California who vote for SB277 accountable for their actions that are destroying black lives across the state and the nation. “[W]e will bring them up on charges of treason!” promises Muhammad.

Because if #BlackLivesMatter, then young black children need to be protected from the criminal racketeering of the destructive vaccine industry and its deadly chemicals that disproportionately harm young black babies.

Here’s the video and a partial transcript of the speech:

…Could this be a bill to destroy our boy babies? And I’m letting you know that the black community, we are not going to stand by and let another Tuskegee experiment happen again.

…You will not vaccinate our children in the name of the pharma companies!

And I’m here to warn, particularly those black elected officials that we sent up here… that in South Central Los Angeles, in two weeks, we will be having a tribunal meeting, and we’re going to bring our black politicians who vote for this vaccine bill… we will bring them up on charges of treason.

Not only is this being heard in California, we intend to take a million people to Atlanta, Georgia. And we will stand before the CDC, and asking them, we must hear from Dr. Thompson and his findings on this vaccine shot.

I thank you for allowing us to be a part of this noble cause. And I’m telling you, in the name of God, we gonna win!

These babies are our future. And you must know what you’re shooting into the bodies of our babies. And this is why Jesus wanted to protect the children, so he would say, suffer the little children unto me. We will never allow the vaccine makers to take advantage of our children who can’t speak for themselves. So I say to you, let us stay united! And let us say NO to SB 277! Thank you, God bless us all!

Hearing the courage and conviction in this man’s voice, it makes me ashamed to realize that there seem to be no white preachers or ministers who dare take a stand against the criminal vaccine industry and its violation of our sacred bodies.

Somehow, nearly all the white churches (with a few notable exceptions) have become slaves to the twisted will of the fascist government and its corporate puppet masters. Only the African-American community, it seems, has enough spine to stand up and say, “You will STOP killing our babies in the name of false public health!”

Maybe that’s because the black community remembers all too well how many times the government has violated their bodies, their civil rights, their parental rights and their human dignity over generations of punitive oppression by bad government, from the FBI to the DEA and now the CDC. Not only was the FBI directly involved in the threatening of Martin Luther King, Jr. and an attempt to convince him to commit suicide… and not only is the DEA shoring up its funding and power by throwing young black men in prison for possession of minor quantities of marijuana that white people get away with… now the CDC is pushing medical genocide against blacks while calling it “public health.”

Everything already mentioned here is on top of the cancer industry preying upon African-American men and women by denying them knowledge of how black people need more vitamin D than white people because of the relationship between sunlight, skin pigmentation and vitamin D creation. In fact, the entire medical system has longconspired against African-Americans to keep them blind to disease prevention facts while profiting from their suffering and disease.

Click here to see my video explaining all this, or watch it here: