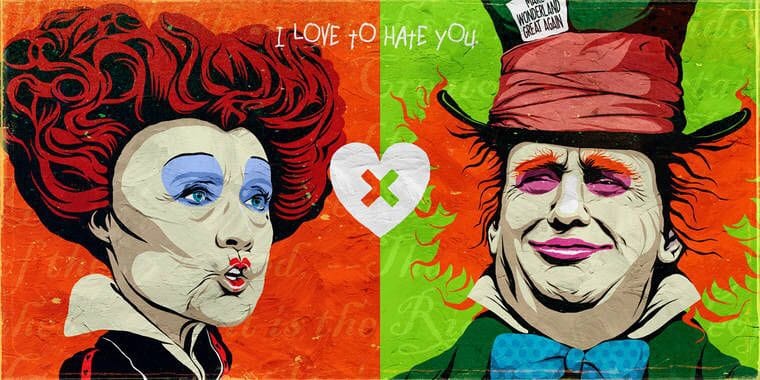 I’m honestly not sure of the right approach to the current election drama. From what I know, I’m inclined to believe that the criminals in power control the votes and will put whoever they want into office, and that no matter who gets in, things are only going to go the direction they want it to go, save an uprising or revolution of some kind. But then, I also know that’s what they’re counting on.

I hope I’m just being pessimistic.

I think Trump will probably win and I hope he’ll bring good things that will restrain the advancing tidal wave of evil, but I don’t know.

I know this: Jesus Christ is Lord and our God reigns!

Certainly, the US election is a dizzying spectacle– but who’s producing the show and for what purpose exactly?

Americans are so polarized that they see the opposing candidate as the Devil incarnate. For many, the US election is a traumatic experience similar to 9-11, Sandy Hook or Orlando. Trauma is used for brainwashing. Are they engineering consent?

The secret, Edward Bernays said, was ‘engineering the consent’ of people in order to ‘control and regiment [them] according to our will without their knowing about it.’

The American presidential election campaign is a worldwide lightning rod. Society is polarized by schisms evoked by numerous ‘thesis-antithesis’ issues. The two candidates are palpably compromised offerings as they alternately trigger social justice warriors and arouse the ‘alt-right’. Well, French philosopher Joseph de Maistre said: Every nation gets the government it deserves.

In discerning the spectacle, let’s put on our ‘Michael Hoffman lens’ that focuses on the machinations behind the scenes. Recently, the Boston Globe published an article titled: ‘Vote all you want. The secret government won’t change.’ with the subtitle: ‘The people we elect aren’t the ones calling the shots.’ In essence, it is the superclass that is over-lording society: the Illuminati.

In his book Secret Societies and Psychological Warfare, Michael Hoffman suggests that their purpose lies in capturing our consent. But, our personal consent to what exactly? Frankly, it is the assent to their persistent, illicit, vicious onslaught against decency and truth. On one level, they want us to know their sleaze and misconducts against us. It’s called: Revelation of the Method. 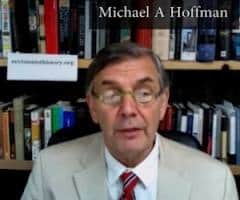 CONSENT IS CRUCIAL TO THEIR METHOD

Hoffman: “The alchemical principle of the Revelation of the Method has as its chief component, a clown-like, grinning mockery of the victim(s) as a show of power and macabre arrogance. When this is performed in a veiled manner, accompanied by certain occult signs and symbolic words and elicits no meaningful response of opposition or resistance from the target(s), it is one of the most efficacious techniques of psychological warfare and mind-rape.

The ceremonial nose-thumbing, this perverse jesting and clowning is taken to the highest level of intensity which ultimately hinges upon the issue of consent. It is one thing for the media, the police, the judiciary and the criminals themselves to commit terrible acts without our knowledge or consent. It is quite another matter, with grave repercussions in the realm of psychodrama, public ritual and advanced mind control, when these crimes are committed with our consent. It is an ancient rule of both the moral and common law that silence connotes consent–silence and a lack of meaningful action constitute consent in the face of these crimes.

They brag to us about what they’ve gotten away with and we’re thrilled by it. That’s our only significant response, that and the anticipation of the next thrill. This is what simplistic researchers miss: the function of macabre arrogance thumbing its nose at us while we do nothing except spread the tale of their immunity and invincibility further. That is the game plan operant here. To the belief system of the modern man it sounds too crazy. Why would the perpetrators want their secrets revealed after the fact–even if it is years later? This question can only be definitively answered if one has an understanding of the zeitgeist which overseers in the Cryptocracy have partly manufactured and partly tailored their own operations to coincide with.

Secrets were rarely revealed in the past because traditional people had not yet completed the alchemical processing. To make such perverse, modern revelations to an unprocessed, healthy, and vigorous population possessed of will, memory, and adherence to their deepest inner intuition and intense interest in their own salvation, would not have been a good thing for the Cryptocracy. It would have proved fatal to them. 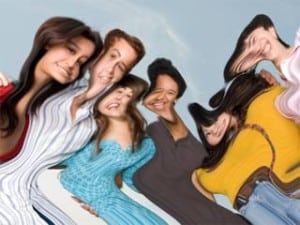 But to reveal these after-the-act secrets in our modern time, to a people who have no memory, no will-power and no interest in their own fate except in so far as it may serve as momentary titillation and entertainment actually strengthens the enslavement of such a people.

Hoffman continues: “The American people are forced to confront a scary alternative reality, the reality of a shadow government over which they have neither control nor knowledge. The shepherding process is thus accelerated with a vengeance. Avant-garde advertising, music, politics, and news depict (especially in the electronic media)–sometimes fleetingly, sometimes openly–a ‘shadow side’ of reality, an underground, amoral ‘funhouse’ current associated with extreme sex, extreme violence and extreme speed.

The static images of the suit-and-tie talking heads of establishment religion, government, politics and business are subtly shown to be subordinate to the Shadow State, which the American people are gradually getting a bigger glimpse of, out of the corner of their collective eye. The interesting function of this phenomenon is that it simultaneously produces both terror and adulation and undercuts any offensive against it among its percipients, which does not possess the same jump-cut speed and funhouse ambiance. 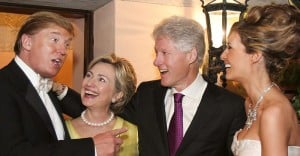 There is a sense of existing in a palace of marvels manipulated by beautiful but Satanic princes possessed of so much knowledge, power, experience as to be vastly superior to the rest of humanity. They have been everywhere. They have done everything. They run the show which mesmerizes us. We are determined to watch it. We are transfixed and desperate to see their newest production, their latest thrilling revelation, even when the thrills are solely based upon the further confirmation of our dehumanization. The role assigned to us is that of zombies called upon by our shadow masters to perform bit parts and act as stock characters in their spectacular show. This mesmerizing process produces a demoralized, cynical, double-mind.”

The takeaway from Hoffman’s insight is twofold: firstly, realizing that the American presidential elections campaign is a circus of vampirism that siphons our energy.

If we withdraw our attention and refocus it in our own sphere of influence (family, friends, neighbors, etc) then a decrease in the potency and prestige of the spectacular hypnosis follows. 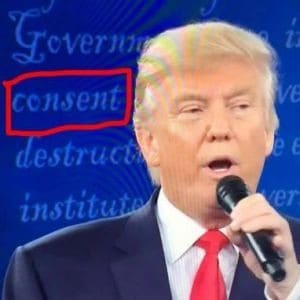 And secondly, that the consensual act of voting is a transaction of permission so choose carefully in your convictions. The Shadow State will shape the outcome to suit their proclivities regardless of the ‘will of the people’.

If you agree with the principle of voting but you’re not willing to export your consent ‘to the lesser of two evils’ then submit a spoiled ballot. Perhaps scribble Ephesians 6:12 on it. But always bear in mind the Shadow State alchemy involved in the sacred rite of democracy that is voting. Indeed, you buy the ticket, you take the ride.
—-

Disclaimer- It is necessary to elect Trump but don’t lose your soul to the spectacle. The Illuminati control both Left and Right.