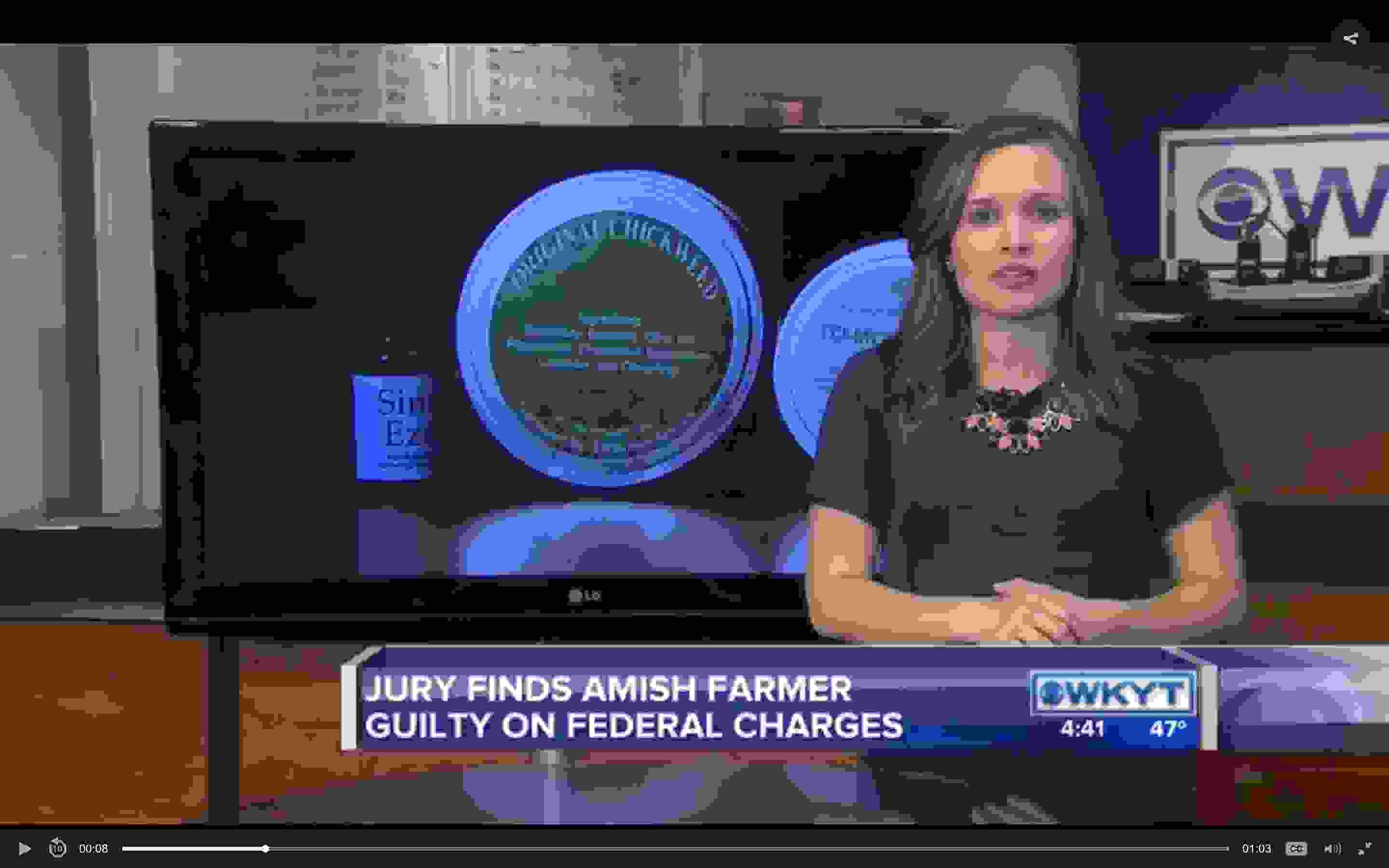 Health Nut News | By Erin Elizabeth
Shut down the corrupt FDA NOW!! Where are the bodies? No was one killed or maimed with Samuel Girod Salves.  Merck & Co killed 68,000 with FDA approved painkiller Vioxx paid out $4.8 billion and no one went to jail. Merck is the largest vaccine maker and using profits from liability free vaccines to recoup profits to pay for drug lawsuits.
We are SHOCKED and saddened to report that on March 2nd, Amish farmer (and father and grandfather) Samuel Girod- who we have reported on before– was found guilty by a federal jury for making and distributing herbal products on his family farm. The FDA requires manufacturers of defined drugs to register their facility with them and the Girod farm is not registered. He will be sentenced by a judge on June 16 at 10 a.m.

In the end, the government charged Girod with conspiracy to impede an officer, obstruction of a proceeding before an agency, failing to register with the FDA, eights counts of causing misbranded drugs to be introduced into interstate commerce, tampering with a witness and failure to appear. The jury found Girod guilty on all 13 counts, but not only did they find him guilty, “they found Sam guilty of each separate part of each count, even when only one part would be needed to make Sam guilty of that count against him,” reports Health Impact News. It’s almost like it was personal.

Sam described the FDA coming to his home in Indiana and objecting to the skin cancer claim so he removed that from the label. Sam asked if they had any other concerns and was told they would like to think about it for a week. They never responded. After a few weeks, Sam contacted them and they didn’t reply.

Sam refuted the claim that the Amish were physically intimidating. He explained that they would never intimidate or threaten anyone. Anybody with even a passing familiarity with the Amish would know that to be the truth. He also stressed that nobody cursed at the FDA agents, as that is something they do not do.

Sam stated that he never harmed anybody and never acted to deceive anybody.

Do not believe for one moment they are trying to save or protect anyone from harm- they are silencing and potentially putting an Amish man in PRISON for healing people without the help of pharmaceuticals. That is the extent of it. Quite frankly is shameful.