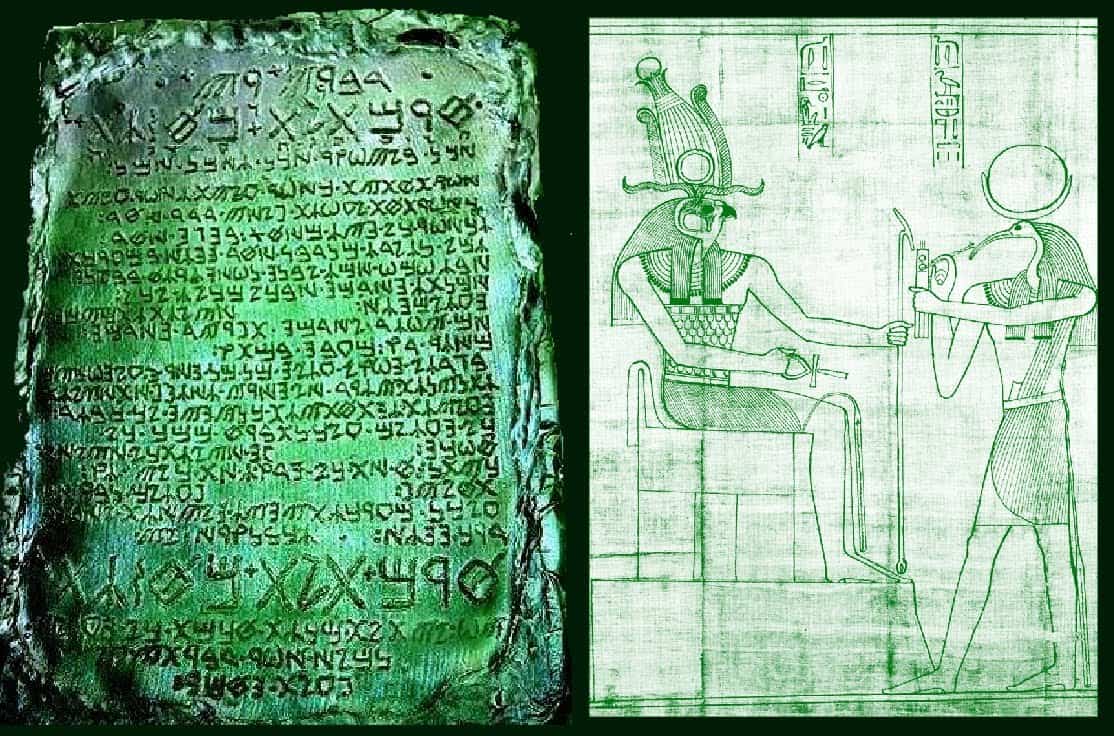 Please refer to my Fallen Angel myth series before watching this. The “tablets” are channeled writings and there is no evidence that they actually exist, although it’s certainly possible they are being kept hidden. This is a very dark, occult topic that lines up with the mystical fallen angel stories taught in Kabbalah and throughout occult literature. I advise caution in pursuing it. I may end up removing it, but for now, I’m leaving it here for those just seeing their way through the Fallen Angel myth paradigm. To just say it like it is, all this fallen angel talk is mystical occultism.

The writings supposedly consist of twelve Tablets of Emerald Green formed from a substance created through alchemical transmutation.
They are reported to be imperishable, resistant to all elements, corrosion and acids. In effect, the atomic and cellular structure is fixed, and no change can take place, thus violating the material law of ionization.

Below is a little more information on the “Tablets” – more if you follow the links.

The Emerald Tablet, also known as the Smaragdine Table, or Tabula Smaragdina, is a compact and cryptic piece of Hermetica reputed to contain the secret of the prima materia and its transmutation. It was highly regarded by European alchemists as the foundation of their art and its Hermetic tradition. The original source of the Emerald Tablet is unknown. Although Hermes Trismegistus is the author named in the text, its first known appearance is in a book written in Arabic between the sixth and eighth centuries. The text was first translated into Latin in the twelfth century. Numerous translations, interpretations and commentaries followed.

The layers of meaning in the Emerald Tablet have been associated with the creation of the philosopher’s stone, laboratory experimentation, phase transition, the alchemical magnum opus, the ancient, classical, element system, and the correspondence between macrocosm and microcosm.


A translation by Isaac Newton is found among his alchemical papers that are currently housed in King’s College Library, Cambridge University.[8]