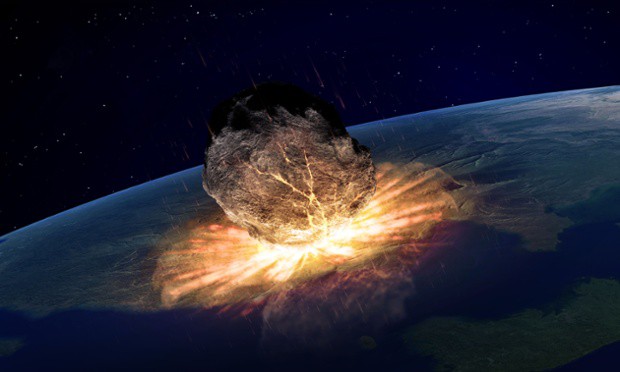 …For those who wish to see more evidence, I suggest you check out my videos “It’s About Time to Break the Spell” and “Weapons of Mass Deception”. In these videos I have CLEARLY demonstrated that the planes which supposedly went into the twin towers were holograms. Aluminum planes CANNOT fly into and all the way through STEEL buildings. That IS NOT “fear porn”–that is just the “plane” truth!! Video footage of these planes show either right or left wings disappearing, depending on which angle the footage is shot from. The outer sections of the buildings were rigged to explode at the exact locations that the planes supposedly crashed into them, making it appear the planes went through. This is PROOF that fake planes (and therefore, fake asteroids) CAN and HAVE and WILL AGAIN be used to deceive and generate fear. And yes, the Bible predicts falling fireballs, but Revelation 13:13 clearly states that MOST of what people think of as supposed natural or supernatural events will in fact be deceptions:

For the past 2 years there has been an increase in the sighting of “fireballs” in many places all over the world, including Russia and the United States. This has largely been ignored by the Main Stream Media, but the information CAN be found, such as at beforeitsnews. Just GOOGLE: “fireballs”, “fireball news” or “fireball beforeitsnews” and YOU check it out and decide for yourself, are these really meteors OR are these mostly plasma balls created by HAARP?!

The meteor strike in Russia is just a taste of what is coming, but it will not be what you think it is. They have the means to “fake” a meteor strike, using HAARP and Project Bluebeam technology. gmoore49’s channel