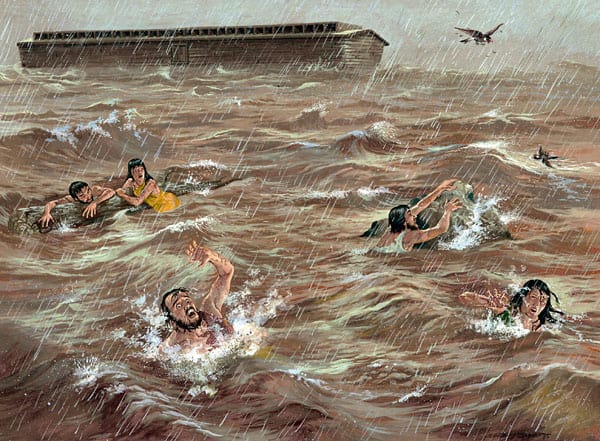 “And God saw that the wickedness of man was great in the earth, and that every imagination of the thoughts of his heart was only evil continually.

And it repented the Lord that he had made man on the earth, and it grieved him at his heart.

And the Lord said, I will destroy man whom I have created from the face of the earth; both man, and beast, and the creeping thing, and the fowls of the air; for it repenteth me that I have made them.

But Noah found grace in the eyes of the Lord.” Genesis 6:6-9

According to Genesis 6, it was man’s sin that brought God’s judgment on the earth, while the Fallen Angel/Human Hybrid teaching blames the fallen angels for corrupting man’s DNA, ultimately to prevent the birth of Christ. This is troubling, as we’re faced with the question of whether God would allow angels to cause women to bring forth children who by nature were a corruption of the image of God and had no hope of turning to Him? It seems at odds with verses about God’s love for mankind.

“The Lord is …not willing that any should perish, but that all should come to repentance.” 2 Peter 3:9

Are we to conclude that God was just different back then(?) What about Psalm 102:25-27 and the many verses about God’s Immutability?

“Of old You founded the earth, And the heavens are the work of Your hands. “Even they will perish, but You endure; And all of them will wear out like a garment; Like clothing You will change them and they will be changed… But You are the same, And Your years will not come to an end.”
Gary Stearman of Prophecy in the News who wrote in its April 2013 magazine article “The Dark Side of Bible Prophecy,” concerning Daniel 2:42-43:
“…it is clear from this prophecy that there will be another, latter-day attempt by the mysterious “they” to infiltrate the genome of mankind. They know that if human seed can be corrupted, it will render God’s plan of redemption null and void.”

According to Stearman and the other modern “prophecy teachers,” God looked on helplessly as this “intermingling” robbed his creation of the ability to turn to Him for their salvation,  and His only recourse was to send the flood and wipe out all but 8 people.

Was God involved in the lives and salvation of men before the flood? Of course He was! Noah was the eighth of what the book of Jude calls “preachers of righteousness.” The others were; Abel, Seth, Enos, Cainan, Mahalaleel, Jared, and Enoch. Genesis 4 says:

“And Adam knew his wife again; and she bore a son, and called his name Seth: for God, said she, has appointed me another seed instead of Abel, whom Cain slew” Genesis 4:25

“And to Seth, to him also there was born a son; and he called his name Enos: then began men to call upon the name of the Lord.” Genesis 4:26

The line of Seth “called upon the name of the Lord.” They followed God’s Ways. In the first century, Roman-Jewish historian, Flavius Josephus wrote:

“Now this Seth, when he was brought up, and came to those years in which he could discern what was good, became a virtuous man; and as he was himself of an excellent character, so did he leave children behind him who imitated his virtues. All these proved to be of good dispositions. They also inhabited the same country without dissensions, and in a happy condition, without any misfortunes falling upon them, till they died.”8

If we follow the view covered in a previous section of this series, that evil kings ruled the ancient cities and civilization under Cain then his descendant’s would have been anything but happy. Granted, that’s a blending of the “kings” theory and the “sons of Seth” theory, but the point is that these theories are talking about men, not Fallen Angel/Human Hybrids. Additionally, the fact that men lived up to 1000 years would easily account for a highly advanced civilization and advanced technology without the aid of supernatural beings.

Christ White Debunks the theory that “Ancient Aliens” were needed to produce advanced technology in this full length video:

Josephus writings further state that Seth’s children “continued to esteem God as the Lord of the universe” for seven generations “but in process of time they were perverted, and forsook the practices of their forefathers.” It appears that during the time of Enoch’s son Methuselah and grandson Lamech, the teachings of the preachers of righteousness were corrupted, probably no differently than how they are being corrupted today; presenting ideas that appeared godly, but are actually a corruption of God’s truth. John Gill’s Exposition of the Old and New Testaments speculates that during the time of Jared (Noah’s great-great-grandfather), an apostasy, or defection from following God’s way started as a result of Cain’s children mixing with Seth’s.

Establishing that God warned of impending judgment against the ungodliness of men, the book of Jude states:

“And Enoch also, the seventh from Adam, prophesied of these, saying, Behold, the Lord comes with ten thousands of His saints, to execute judgment upon all, and to convince [convict] all that are ungodly among them of all their ungodly deeds which they have ungodly committed…” Jude 1:14-15

“And spared not the old world, but saved Noah the eighth person, a preacher of righteousness, bringing in the flood upon the world of the ungodly.” II Pet. 2:5

“And God said unto Noah, The end of all flesh is come before Me; for the earth is filled with violence through them; and, behold, I will destroy them with the earth. Make you an ark of gopher wood; rooms shall you make in the ark, and shall pitch it within and without with pitch.” Gen. 6:13-14

The flood did not come immediately. God gave men 120 years to repent as Noah built the ark (Genesis 6:3).

But according to Chuck Missler:

“Most people, including serious students of the Bible, are unaware of the peculiar circumstances that led to the Flood of Noah. This has been widely misunderstood (and mistaught) for centuries…. This term [“perfect” used in Gen. 6:9 to describe Noah] is used of physical blemishes, suggesting that Noah’s genealogy was not tarnished by this intrusion of the fallen angels. It seems that this adulteration of the human gene pool was a major problem on the planet Earth, and apparently Noah was among the few left who were not thus contaminated”.-  Chuck Missler

Gary Stearman not only contends in his book “The Dark Side of Prophecy” that this contamination happened before but that it is now happening again :

“Daniel’s prophecy tells us that just before the giant statue’s iron legs crumble (in the days of the Great Tribulation), fallen angels will descend openly to Earth once again. Then, they will repeat their evil work….

…”those with eyes to see can understand that an alien force is now infiltrating the human race, with the express purpose of creating human-alien hybrids, some of which are indistinguishable from pure human beings. In other articles, we have documented the abduction phenomenon in explicit detail.
And why would they do this? To create a race of beings from which the Antichrist will emerge. In Revelation, he is called the “beast.” A beast is not a human being.
We have arrived at the heart of this “unmentionable” topic: human/alien hybridization.”

Chuck Missler, Gary Stearman and others interpret this as Noah being perfect in his “generations”, saying that the passage is referring to Noah’s perfect DNA, which was uncorrupted by the Nephilim bloodline. But the Hebrew word, “dore” (generations), can more accurately be  translated “age” or “dwelling”, in other words the days he lived in. When we put the sensationalism and occult mysticism aside, we see that the Bible is telling us Noah lived in an incredibly evil time. The sin of man was so great that it grieved God, but Noah found grace in His eyes.

“Noah was a righteous man, blameless in his time; Noah walked with God” Gen 6:8-9. 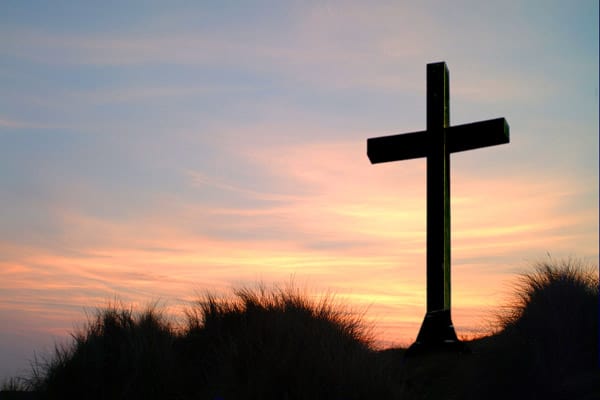 We know that Jesus Christ paid the ultimate sacrifice on the Cross to atone for man’s sin once and for all. His payment for our sin is the foundation of the Gospel upon which all our hope is based. There is no salvation outside of faith in Jesus Christ.

“Neither is there salvation in any other: for there is none other name under heaven given among men, whereby we must be saved.” Acts 4:12

“From that time Jesus began to preach, and to say, Repent: for the kingdom of heaven is at hand.” Matthew 4:17

…offering salvation for every man:

“For God so loved the world, that He gave His only begotten Son, that whoever believes in Him should not perish, but have eternal life.” John 3:16,

“and He Himself is the propitiation for our sins; and not for ours only, but also for those of the whole world.” 1 John 2:2,

“And we have beheld and bear witness that the Father has sent the Son to be the Savior of the world.” 1 John 4:14,

Does that include people before Christ? Before the flood? The Bible says that Abraham’s faith was credited to him as righteousness (Romans 4:3). The blood of Christ reaches throughout time to cleanse the sins those who have faith in God. You really have to twist what the Bible plainly says to try and find agreement between the Gospel of Jesus Christ and the account of fallen angels and the anti-deluvian corruption of man’s DNA.

Neither by the blood of goats and calves, but by His own blood He entered in once into the holy place, having obtained eternal redemption for us…. And for this cause He is the mediator of the new testament, that by means of death, for the redemption of the transgressions that were under the first testament, they which are called might receive the promise of eternal inheritance…. So Christ was once offered to bear the sins of many; and unto them that look for him shall He appear the second time without sin unto salvation.
(Heb 9: 12,15, 28)