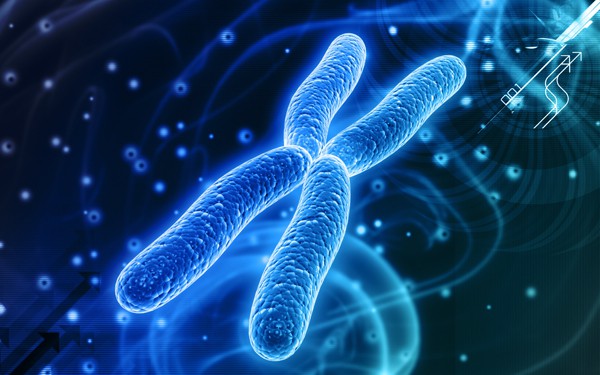 Was “Pure DNA” Necessary For God To Birth Of Jesus?

This brings up the “corrupt DNA” theory. From one website supporting this narrative;

“The giants, or ‘nephillim’, named in the previous verses, were the unnatural offspring of fallen angels and human women – a race that was totally contrary to God’s order – man was to reproduce after his own KIND. And this mingling of the angelic with the human, was Satan’s attempt, to corrupt the DNA of humanity, and eliminate the Seed of the woman, Who was prophesised to destroy the works of the evil one.” source

F his theory to be right, Jesus would have had to inherit the DNA from His mother, Mary, and that is simply not the case.

The Incarnation of Jesus Christ

Where would that leave the doctrine of the unique incarnation of Jesus Christ? It suggests that Jesus was created by the Holy Spirit’s “DNA” mixing with Mary’s DNA… in a manner only slightly different than that of “fallen angels” interbreeding with human women. Do you see the problem with this? Jesus was not “part Mary, part Holy Spirit.” Jesus was uniquely created in the womb of Mary just as Adam was created.

Dr Henry Morris of the International Creation Research explains this. Here are some excerpts of his article on the subject:

“The incarnation of Jesus Christ is such an important doctrine of the New Testament that without it there can be no true Christianity.

[…] God who is absolute holiness reside[d] in a body of human flesh. […] “they that are in the flesh cannot please God?” (Romans 8:8). Our human bodies have been formed through many generations of genetic inheritance from Adam himself, and “in Adam all die” (I Corinthians 15:22).

But even this doesn’t resolve the dilemma completely, for how could His body be of flesh (carbon, hydrogen, amino acids, proteins, etc.), received by the normal process of reproduction of the flesh of his parents, without also receiving their genetic inheritance[…]

“Behold, I was shapen in iniquity; and in sin did my mother conceive me” (Psalm 51:5)

The Problem of Inherited Physical Defects

[…](for) the Lamb of God, to be an acceptable sacrifice for the sins of the world, must be “without blemish and without spot” (I Peter 1:19). The very purpose of the incarnation was that God could become the Saviour of men as well as their Creator, but this required that in His humanity He must be “holy, harmless, undefiled, separate from sinners” (Hebrews 7:26), and this would have been absolutely impossible by the normal reproductive process.

The solution could only be through a mighty miracle! He could not be conceived in the same manner as other men, for this would inevitably give him both a sin-nature and a physically defective body, and each would disqualify Him as a fit Redeemer. And yet He must truly become human.

“Wherefore in all things it behoved Him to be made like unto His brethren, that He might be a merciful and faithful high priest in things pertaining to God, to make reconciliation for the sins of the people” (Hebrews 2:17).

[…]Without such a miraculous birth, there could have been no true incarnation and therefore no salvation. The man Jesus would have been a sinner by birth and thus in need of a Saviour Himself.

[…] it was not the virgin birth which was significant, except as a testimony of the necessity of the real miracle, the supernatural conception. The birth of Christ was natural and normal in every way, including the full period of human gestation in the womb of Mary. In all points, He was made like His brethren, experiencing every aspect of human life from conception through birth and growth to death. He was true man in every detail, except for sin and its physical effects.

The miracle was not His birth, but His conception. […]

“Each individual gets exactly half of his chromosomes and half of his genes from his mother and half from his father. Because of the nature of gene interaction, the offspring may resemble one parent more than the other, but the two parents make equal contributions to its inheritance.”2

Each parent thus also makes an equal contribution of defective physical and mental characteristics due to inherited mutations. Both mental and physical traits are inherited in this way.

Some — have compared it to the process of artificial insemination, by which the sperm is artificially introduced into the egg without actual copulation.

In addition to the rather crude concept of the work of the Holy Spirit which such suggestions involve, neither solves the problem of how the contribution of inherent defects contained in the mother’s germ cell are kept from the developing embryo. If genetic inheritance in any degree is received from either parent, there seems to be no natural way by which the transmission of the sin-nature, as well as physical defects, could have been prevented.

The Necessity of Special Creation

Therefore, even though He was nurtured in Mary’s womb for nine months and born without her ever knowing a man, it was also necessary for all this to have been preceded by supernatural intervention, to prevent His receiving any actual genetic inheritance through her. The body growing in Mary’s womb must have been specially created in full perfection, and placed there by the Holy Spirit, in order for it to be free of inherent sin damage. Christ would still be “made of the seed of David according to the flesh” (Romans 1:3), because His body was nurtured and born of Mary, who was herself of the seed of David. He would still be the Son of Man, sharing all universal human experience from conception to death, except sin. He is truly “the seed of the woman” (Genesis 3:15), His body formed neither of the seed of the man nor the egg of the woman, but grown from a unique Seed planted in the woman’s body by God Himself.

That is, God directly formed a body for the second Adam just as He had for the first Adam (Genesis 2:7). This was nothing less than a miracle of creation, capable of accomplishment only by the Creator Himself. “That holy thing which shall be born of thee shall be called the Son of God” (Luke 1:35).

[…] “Wherefore when He cometh into the world, He saith, sacrifice and offering thou wouldest not, but a body hast thou prepared me” (Hebrews 10:5). The verb “prepared” in this verse […] is the same word in the Greek (i.e., katartizo) as used in the next succeeding chapter in Hebrews, in one of the greatest of all those verses in the Bible describing the Creation.

“Through faith we understand that the worlds were framed by the word of God, so that things which are seen were not made of things which do appear” (Hebrews 11:3).

The “preparation” of Christ’s body by God was the same process as the “framing” of the worlds by God! As the latter were created ex nihilo (“not out of things which do appear”), so must have been the former. The word is also translated “make perfect” (Hebrews 13:21, etc.).

Thus, the body of Christ was prepared by the great Creator, with no dependence on prior materials, and was made in total perfection, ready to receive Him as its occupant. In that perfect body, which would one day be “made sin” and would “bear our sins” on the tree (II Corinthians 5:21, 1 Peter 2:24), He would dwell forever after its resurrection and glorification (Revelation 1:14-18).

[…] The greatest of all creations, however, was that of the body in which His Son would take up His eternal abode. Miraculously created and conceived, then virgin-born, God’s eternal Son became the perfect Son of Man.