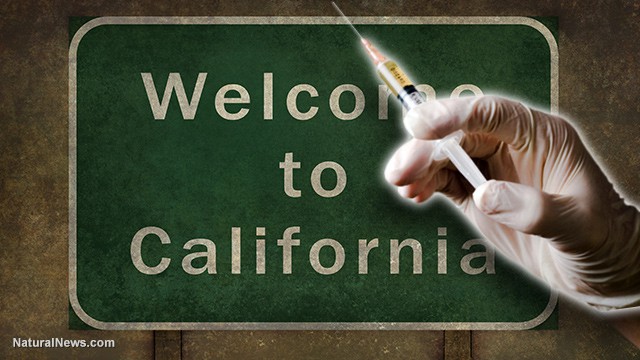 (NaturalNews) After California’s vaccine mandate bill SB277 was halted last week with an outcry of public outrage against it, the pro-vaccine mafia machine went to work. Democratic Sens. Ben Allen of Santa Monica and Richard Pan of Sacramento helped pursue a vote rigging agenda to replace seats on the committee with pro-vaccine industry sellouts. A new democrat, Sen. Bill Monning, was chosen to fill a vacant seat, and with his vote in favor of stripping Californians of vaccine exemption rights, SB277 was approved today.

The California Coalition for Health Choice branded the action as, “a rare act of outright rigging the results…” CCHC’s press release also explains, “Adding one vote in favor of the bill wasn’t enough. He also removed the Vice Chair of the committee, Senator Huff, an ardent opponent of the bill, and replaced him with Senator Runner.”

From the press release:

That bill should have died in committee last Wednesday. Instead of taking a vote and letting it die, the bill gets postponed for a week so the author can work on amendments. It’s currently scheduled as a “vote only item” Wednesday. That means no one in opposition will get to testify on whatever amendments the author proposes. How is that good government,” asked Sylvia Pimentel, State Director of the Canary Party, and member of the California Coalition for Health Choice (CCHC).

Arrogant California Senate silences the public, then forces toxic vaccines on them

“This time no public testimony was allowed,” reports the Sacramento Bee, confirming that the California Senate conspired to not just rig the vote, but also silence the public outrage so that Senate “representatives” didn’t have to hear their constituents’ testimony.

How’s that for transparency in California government? When the outcry of the public becomes too much to bear, just silence the public and vote against them!

As soon as this bill gets signed into law by Gov. Brown, it will deny public education to all children who are not vaccinated.

We already know vaccines can be extremely dangerous and cause permanent neurological damage to children. Just this week, it was revealed that the swine flu vaccine caused permanent brain damage in over 800 children across Europe. The UK government has agreed to pay $90 million in compensation to families of those children harmed by the vaccines.

Yet the California “sellout Senators” — almost all of whom received campaign finance donations from vaccine manufacturers — pushed this mandatory vaccine bill with the delusion that vaccines harm no children at all. After all, how could the government coerce you into injecting your own children with something that wasn’t absolutely, perfectly, 100% safe?

The only allowed exemptions to the new vaccine mandate are for homeschooled children or those sent to private schools… children of wealthy families, in other words.

The poor who cannot afford homeschooling or private schools are now coerced into injecting their children with toxic substances that provably cause permanent harm. Hence the existence of the Vaccine Injury Compensation Program in America which admits “…it is presumed that the vaccine was the cause of the injury or condition” and lists anaphylactic shock, encephalopathy, disability, injury and even DEATH as among its list of injuries known to be caused by vaccines.

With the Senate committee passage of SB277 and the anticipated signature of this bill into law, the California government has now become an enemy of poor families, subjecting them to toxic vaccine interventions which wealthy families can pay to avoid.

This is especially important to note because of the work of CDC whistleblower Dr. William Thompson who previously blew the lid on the CDC’s fraudulent cover-up of links between vaccines and autism in black children.

It is black children who are especially susceptible to autism from vaccines, the research showed. And now, California is damning low-income families — which are disproportionately African-American — to exposing their young children to the very thing that may permanently harm them with autism or other neurological effects: vaccines.

The truth is now upon us: California is a state government that will, if given an opportunity, claim total ownership over your body and strip away your medical choice to coerce you into poisoning yourself and your children with Big Pharma’s toxic metals and additive chemicals.

This is not just a war on children, by the way, but also a war on women. Because it is pregnant women who are also susceptible to vaccine injuries affecting their unborn babies. To inject a pregnant woman with mercury, aluminum, MSG, formaldehyde or other toxic substances that are still used in vaccines today is an outright violation of medical ethics and possibly even a felony assault on her body if not administered with her consent.

California, then, has just declared war on the bodies of both women and children. The state is about to become, under law, an active medical police state.

This realization, combined with the state’s worsening drought, crushing taxes and rising medical police state, are bringing the following question to mind across millions of its current residents: Is it now time to abandon California and flee the state in search of water and freedom? 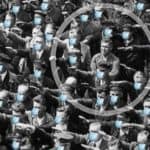