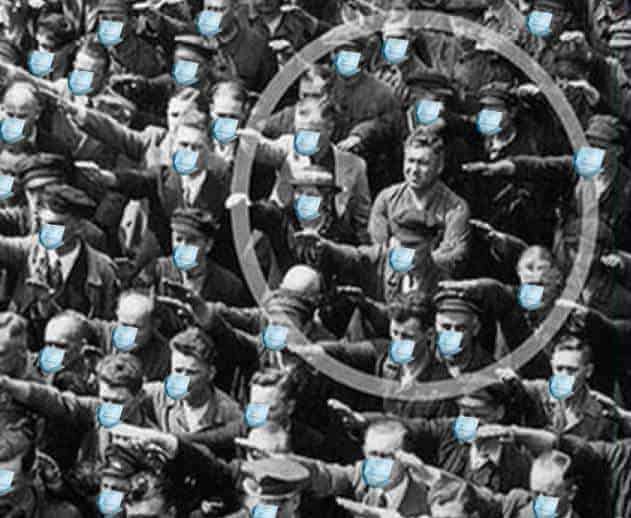 It’s even spread to conservative states. The governor of my state (Tennessee – Gov. Bill Lee) washed his hands of of the matter last week and gave the decision of mandatory mask-wearing to local mayors. As a result, my county now requires citizens to wear a mask in public places.

We’ve all turned from normal humans into muzzled masochists

When this madness began, Peter Hitchens behaved as if a new and fanatical religion was spreading among us.

Be polite and tolerant, he thought.

It may be crazy and damaging but in time it will go away.

Now he is not so sure.

by Peter Hitchens (abridged by henrymakow.com)

When this madness began, I behaved as if a new and fanatical religion was spreading among us. Be polite and tolerant, I thought. It may be crazy and damaging but in time it will go away.

Now it is clear that a new faith, based on fear of the invisible and quite immune to reason, has all but taken over the country. And it turns out to be one of those faiths that doesn’t have much tolerance for those who don’t share it.

My guess is that about 85 percent of the population now worship it and will continue to do so. The rest of us are, as each day goes by, a persecuted minority, forced to go along with beliefs we do not hold.

Its evangelists will not leave you and me alone, but constantly seek to force us to join. This is why I make such a fuss about the demand to make us all wear muzzles. This is not about health. There is simply not enough evidence to compel us to do so. It is an attempt to force submission on COVID unbelievers. That is why it spreads, despite the absence of any good case for it.

In a creepy development, one of the most powerful scientific papers arguing against it, Why Face Masks Don’t Work: A Revealing Review, last week suddenly vanished from its usual place on the internet (I still have a copy and you may read it here.) 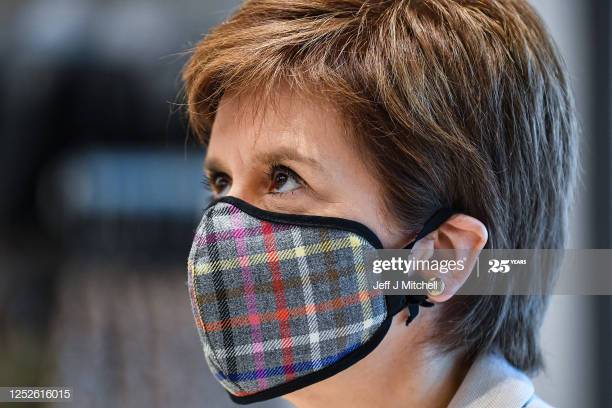 Scotland’s tinpot despot, Nicola Sturgeon, left, now demands that muzzles are worn in shops, as well as on public transport, north of the border.

In Texas, of all states, the governor seeks to make muzzles compulsory in all public places. The tiny-circulation Guardian newspaper, which just so happens to be the house journal of the BBC, absurdly compares muzzles to seat belts (proven a million times to save lives, beyond any doubt) and demands in its main editorial ‘Cover your face’.

The BBC is then careful to report this prominently. Do not be surprised if the Government soon follows. Yet, as the Government’s own documents and experts have repeatedly said, evidence for the usefulness of these muzzles is weak. The Department for Business and Enterprise says clearly: ‘The evidence of the benefit of using a face covering to protect others is weak and the effect is likely to be small.’

This obsession with telling us how to look, and turning us from normal humans into submissive, mouthless flock animals all decked out in a compulsory uniform is, in my view, part of an unprecedented assault on our personal liberty in general.

Stay at home. Stop working. Don’t see your friends or relatives. Submit, submit, submit. Get used to being told what to do.

And we do it. I have begun to understand why the atrocious drivel of Fifty Shades Of Grey was so popular. It seems we really have become a nation of surrendered masochists…

The decision to force poor Leicester back into the misery of total shutdown is an example of this. Craziest of all is the closure of schools in that city, when school-age children are barely touched by COVID. This must make plans to reopen schools in September even less likely to come true. Does the Government think the education unions won’t notice this panic-driven act and use it to keep the schools shut? 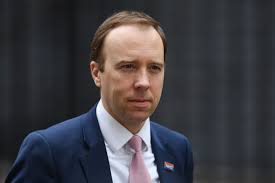 Of course, they will. I am pretty sure this has been done not because it’s necessary but because the hysterical would-be headmaster Matt Hancock wants to keep us under his thumb. Behave, he shrills, or the tuck shop stays closed. Leicester is like the poor boys who were caned by such headmasters to set an example to the rest.

In this, he is backed up by the increasingly uncuddly Premier BorisJohnson, who hawks the myth that all these deprivations have reduced the incidence of the disease. ‘Do not undo the sacrifices you have made with reckless behaviour,’ says the man who has recklessly destroyed our economy and is clueless about how to rescue it from himself.

The truth is there is still not one eighth of an ounce of evidence that crashing the economy and keeping us all at home saved a single life. Let us examine the case for this punitive closure of Leicester. First of all, there are these things called ‘infections’ which sound quite nasty. But what are they? How many of those who test positive for Covid-19 (in a test that is highly dubious) have no symptoms? The Government could not tell me.

I suspect only a tiny proportion are seriously ill. As I keep saying, for most people disease is a minor event. It is not the plague.

Then there is the simple question: Are there more infections because we are looking harder for them? Well, I can tell you this. I asked for a list of testing stations in Leicester and the dates on which they opened. One opened on May 1. All the others – seven of them – have opened since June 18, the very period during which the supposed surge has taken place…

It is, in any case, absurd to imagine that the people of Leicester can be confined in their city and prevented from venturing into nearby towns and villages to take advantage of the limited freedoms now being restored to us (such as they are). Even the petulant, petty Mr Hancock is not going to confine Leicester in a ring of steel as if it were East Berlin in 1961 (though he may dream of such actions). 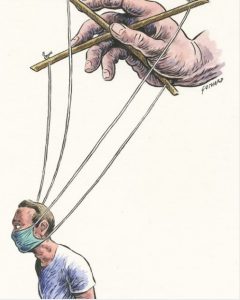 This is about power and freedom and has less and less to do with Covid-19. Soon, as the terrible economic consequences of Mr. Johnson begin to become clear to all, this may be a lot more important. The latest crime? Making a cup of tea.

Many in the media treat this period as a bit of a joke, a light-hearted interlude, and a spectator sport, like a holiday or a foreign crisis seen from afar. I don’t. It scares me stiff. I think something has gone wrong deep inside the workings of this country. A fire long smoldering below decks has now burst into the open.

Let me share a letter I received from a reader:

‘I run a small coffee shop and when the state decreed, I reopened for takeaway (I was ‘allowed’ also by the local council to use a small area outside my premises for people to sit down and drink their takeaways). Occasionally, when the weather has been bad or someone with an infirmity hasn’t been able to take their drink away, I have let them sit inside.

‘This morning I was visited by the police and warned. I was informed that two complaints had been made against me for serving drinks inside the premises. All for making someone a cup of tea and being human enough to let them have it inside.

Last year my business was burgled and trashed and drug dealing was going on in the park that my business overlooks. And what happened then? Absolutely nothing. This isn’t the kind of country that my grandfather fought to preserve.’

At the same time, the political cleansing of our schools and universities continues ferociously. I hear confidentially of heavyweight intolerance of conservatives at Oxford, who have objected to the planned removal of the Cecil Rhodes statue there. Now I receive this from another university, where all academics have been ‘invited’ to an online ‘discussion’ intended to ‘disrupt structural factors that produce white privilege and systemic disadvantage…

‘We invite all staff to reflect on their identities and social positions, taking an ‘intersectional’ approach. Participants will be given an opportunity to share perspectives and experiences of institutional racism at work, including any recommendations for change, with the University’s senior academic leadership team.’ I wouldn’t give much for the future careers of anybody who does not kowtow to this inquisition.