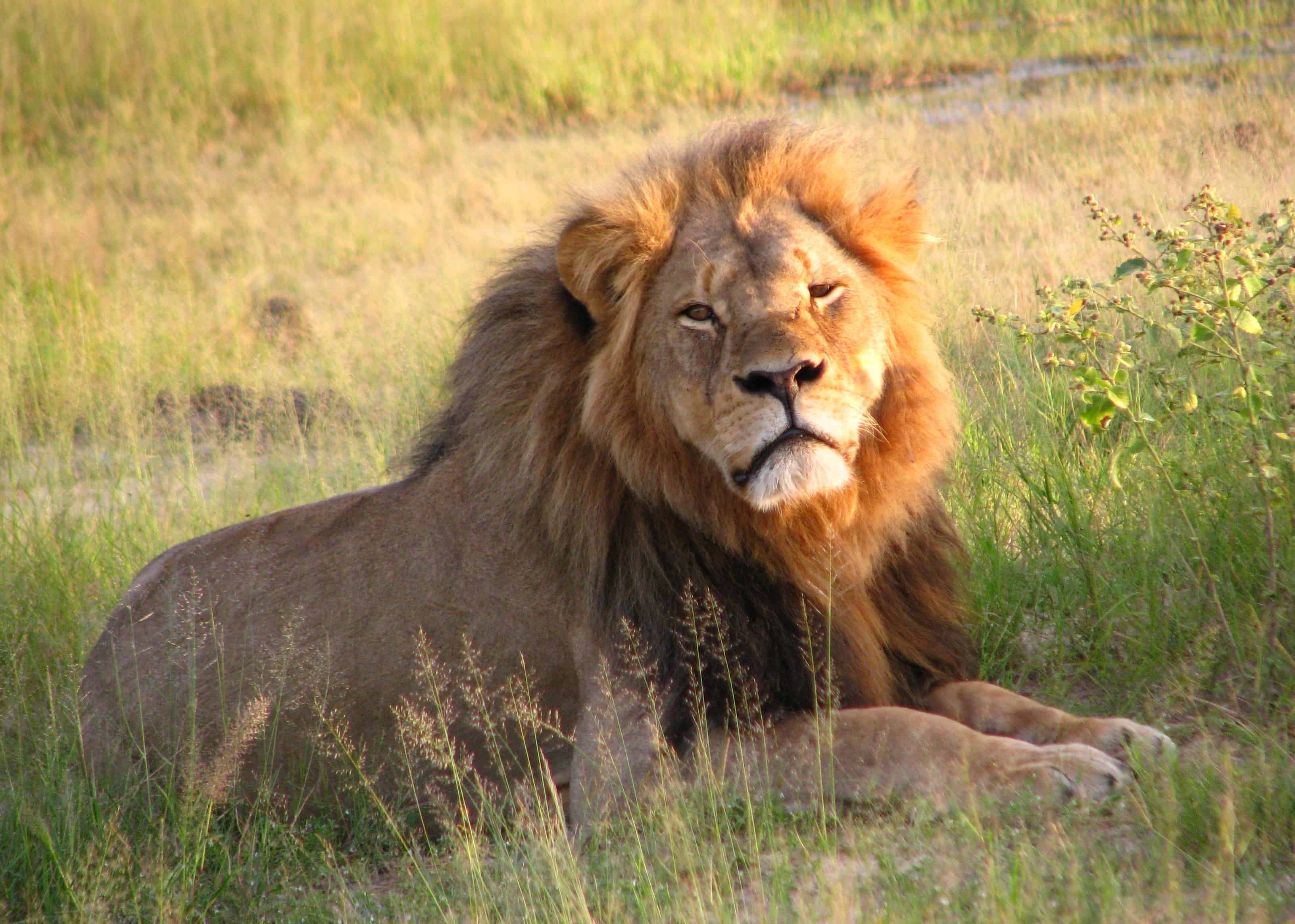 While the propaganda media and their friends in animal rights extremism are going bonkers over the apparent accidental harvesting of a lion in Zimbabwe, the video evidence of Planned Parenthood doctors selling aborted baby parts barely rates a mention. In this absolutely convoluted, confused, and crazy society in which we find ourselves, timeless, tested, and traditional values have been turned completely upside down.

It is no hyperbole to say that when a nation loses the moral conscience that serves to protect the lives of its own children, that nation cannot long endure. It has been over 42 years since the Roe v Wade Supreme Court decision legalizing abortion on demand was rendered. Think of it: no American under the age of 42 can even remember a time when their country protected the lives of unborn babies. This has resulted in a society whose conscience has been seared and whose values have been skewed.

In the minds of multiplied millions of Americans (including many lawmakers, journalists, television pundits, college professors, high school teachers, judges, and even pastors and ministers), an animal’s life has more value than a baby’s. Truly, did the Apostle Paul warn, “Professing themselves to be wise, they became fools, and changed the glory of the uncorruptible God into an image made like to corruptible man, and to birds, and fourfooted beasts, and creeping things.” (Romans 1:22, 23)

Find two people copulating in public and they will be summarily arrested. Find a man who kills his fellow man and he will be summarily taken by authorities to face a court of law. Find a maniacal murderer like Jeffrey Dahmer, who kills and then eats his victims, and the outrage of human justice will be swift. Yet, these behaviors are daily occurrences in the animal kingdom. What’s the difference? One group is comprised of people made in the image of their Creator; the other group is comprised of beasts.

Animals have served the needs of mankind since man was first created. In the Garden of Eden, God killed animals for the purpose of clothing a spiritually-fallen Adam and Eve. Animals have been used to clothe man, feed man, prosper man, protect man, please man, sustain man, ad infinitum, ever since the dawn of human history.

Our grocery stores are filled with the flesh of animals, which are bought and sold for one man’s profit and another man’s sustenance. The furs of animals have both adorned and warmed the bodies of human beings from time immemorial. Animals (along with fish and fowl) have plowed our fields, provided our milk and eggs, eased our journeys, and assisted our medicinal needs ever since God created them. Indeed, they were created specifically for that very purpose.

Even hunting animals serves a meaningful purpose: not only does hunting bring self-sufficiency and sustenance to man, but it greatly helps to preserve the animal species being hunted. Every State in the Union has game management programs that allow citizens to harvest animals in such a way that preserves the animal species being hunted. If suddenly men were unable to hunt wildlife, many of those species would soon disappear. Hunting and harvesting animals is just one way in which mankind exercises his God-ordained dominion over the animal kingdom.

Would we condone or authorize men to hunt and kill their fellow man? Would we authorize men to take the skin off of slain human beings and sell them? Would we condone barbaric men who would kill their fellow man for the express purpose of harvesting and selling their organs? Such a thought is repulsive beyond description to any sane, rational human being. Yet, that is exactly what the abortion industry is doing to the most innocent and helpless human beings of all: unborn babies in the wombs of their mothers.

All of us are now aware of the videos showing Planned Parenthood abortion doctors bargaining over the sale of aborted baby parts–like an auctioneer would bargain over the sale of cattle. This is NOT a recent development. I remember talking about these-type news stories on my radio talk show during the Clinton years. How long before that it has been taking place, we can only guess. Probably from the inception of legalized abortion.

Those who choose to donate their organs to medical science after their natural death are certainly morally justified. If a baby dies from natural causes and the parents decide to donate the baby’s organs to medical science, they, too, are morally justified–but to purposely murder a human being (born or unborn) for the intention of financial profit must be placed among the most evil and wicked of crimes.

The ancient pagan nations of the Canaanites, Ammonites, and Baalites would take their own children and burn them to death as sacrifices to the god Molech. Have you ever researched what a saline abortion does? Using this method of abortion, the unborn baby is chemically burned to death. And what is the god that these precious babies are being sacrificed to? The god of convenience, maybe? Oh, yes, and the god of money, for sure!

Dr. Joseph Mengele was the notorious Nazi doctor who is reputed to have superintended over the deaths of more than 400,000 people at Auschwitz. He also reportedly kept thousands of people alive so as to perform merciless and tortuous experiments on them. And all of this was done in the name of “medical research.” Eyewitnesses said that during his experiments, he would often cut living babies out of their mothers’ wombs and simply toss them into the oven.

To this, Matt Barber writes, “Cryin’ shame. Were he [Mengele] alive today and working for Planned Parenthood, Mengele’s abortion could have easily yielded an extra $300 for this ‘intact specimen.’”

But even after the video evidence of Planned Parenthood abortionists bargaining over the sale of aborted baby parts, our U.S. Senate cannot even muster enough votes to defund this sadistic organization. And the House of Representatives decided that taking a recess was more important than even voting on the matter. Yes, folks, your tax dollars and mine are supporting the abortion doctors at Planned Parenthood.

And lest my devout Republican friends immediately argue that the majority of senators that voted to not defund PP were Democrats, let me remind you that for half of G.W. Bush’s eight years in office, the Republican Party controlled the entire federal government: the White House and both houses of Congress. Yet, the GOP made absolutely NO ATTEMPT to defund Planned Parenthood. Republicans had plenty of opportunity to defund these baby killers, but they chose to do NOTHING. In truth, both parties in Washington, D.C., are dripping with the innocent blood of millions of innocent unborn babies.

Legalized abortion has seared the conscience of America. Is it any wonder that SCOTUS recently legalized same-sex marriage? Over four decades of the callous slaughter of unborn babies has warped our country’s entire value system.

Right after the verses in Romans chapter one that I quoted earlier come these verses: “For this cause God gave them up unto vile affections: for even their women did change the natural use into that which is against nature: And likewise also the men, leaving the natural use of the woman, burned in their lust one toward another; men with men working that which is unseemly, and receiving in themselves that recompence of their error which was meet.” (Vss. 26, 27)

Certainly, no man filled with the love of God will deliberately and purposely mistreat a family pet or even a wild animal. “A righteous man regardeth the life of his beast.” (Proverbs 12:10)

Ethical hunters desire a clean kill. Follow-up shots on a downed, wounded animal are for the intent of ending its misery. I’m sure this was the case for the dentist who accidentally killed a protected lion in Zimbabwe.

In my mind, the doctor is telling the truth when he says he didn’t realize that the lion was protected. Remember, the man had paid over $50,000 for his lion hunt in Zimbabwe. Big game hunting is a major industry there. Remember, too, that he had a local guide. It was the guide’s responsibility to make sure that his hunter/guest followed all of the regulations and protocols relative to the animal he was hunting. If we are going to be outraged at the killing of this beast, we should be outraged with the Zimbabwean guide. On a guided hunt, no hunter takes a trophy without the express permission of his or her guide. To think that this dentist would pay that kind of money and submit himself to the instruction and supervision of a local guide and then turn around and deliberately defy his guide and harvest an illegal animal is ludicrous. Truly, if the American hunter failed to realize the animal was protected, it was positively the guide’s fault.

As it is, this dentist is in hiding for fear of his life and is the subject of just about every type of verbal, emotional, and personal abuse possible. At the same time, however, the baby killers at Planned Parenthood receive the approbation, and even federal funding, of the U.S. government, and enjoy the politically-correct protection of the mainstream media–as well as many celebrities, entertainers, college professors, and even State governors, legislators, and attorney generals.

Folks, we are watching a nation die in front of our very eyes. People who cannot tell the difference between human life and animal life, people who value animal life above human life, and people who are outraged over the accidental killing of a lion, but who, at the same time, condone the wanton and deliberate murder of innocent unborn babies, are people who are void of any semblance of a civilized mind.

America is following the path of condemned nations before us. Meanwhile, the churches of America continue their fun, frolicking, and frivolity. So, tell me again who is really to blame.