Here is an update after the widespread response to Dr Toran’s post “They Are Killing Us With Chemtrails In Switzerland“.

Dear friends and chemtrail truthers around the world, my name is Dr Alev Toran and I am a Swiss chiropractor and author of the post, “They are killing us with chemtrails in Switzerland”.

I have decided to come forward at this time and take advantage of the momentum my article has gathered in order to further expose the Chemtrail agenda in Switzerland and the rest of the world.

Thanks to beforeitsnews.com, aircrap.com and YOU, close to 30’000 sites, Facebook pages and Tweeter accounts have picked up my story in less than three weeks.

The article has gotten a lot of attention within our chemtrail community, but we need to force the issue out into the mainstream.

Let’s start by letting the Swiss government and Swiss media know that the world is sick and tired of the daily poisoning and demands it be stopped. Let them know that all eyes are on THEM…Big Brother in reverse…lol !

Would you please consider helping me by sending an email to all Swiss Parliament members as well as all Nouvelliste editors and “journalists”, supporting my demand for:

At the end of this letter are links to Excel email lists that I prepared of Swiss Parliament members as well as of employees of the Nouvelliste, our local newspaper. It is important that they ALL know how disappointed the international community is to find out that the Swiss government is permitting the poisoning of it’s own population.

This plea needs to go viral. We need to make some noise. We need a massive showing.

Over the last year or so I have sent dozens of emails to representatives of both government and the Nouvelliste newspaper, complete with hundreds of photos I had taken along with links pertaining to the devastating chemtrail agenda, but to no avail.

Both are purposefully, and in a very cowardly manner, suppressing the story and covering-up the evidence of intentional and irreversible poisoning of our soils, waterways and populated areas with heavy metals such as nano-aluminium, barium and strontium, and a whole slew of different chemicals, drugs, biologicals and nano-particles.

What are you supposed to do when you can’t get your local newspaper or elected official’s attention on an important matter?

…you need to find a way around them and communicate directly to the people.

But first, before I continue, let me share some important facts about Switzerland, which make it the perfect battleground for our Chemtrail fight.

Switzerland is still a very civilized country where the individual has a strong voice in molding government policy…truly a government for the people, of the people and by the people…

The trouble is that the Swiss are asleep when it comes to the chemtrail issue! We need to wake them up!

I’d like to share a great story to illustrate why I LOVE Switzerland so much and why I think with your help we can finally expose the chemtrail agenda in a BIG way…last year I went to the Parliament in the capital of Switzerland, Berne, to speak with a Delegate of the National Counsel about the chemtrail issue. 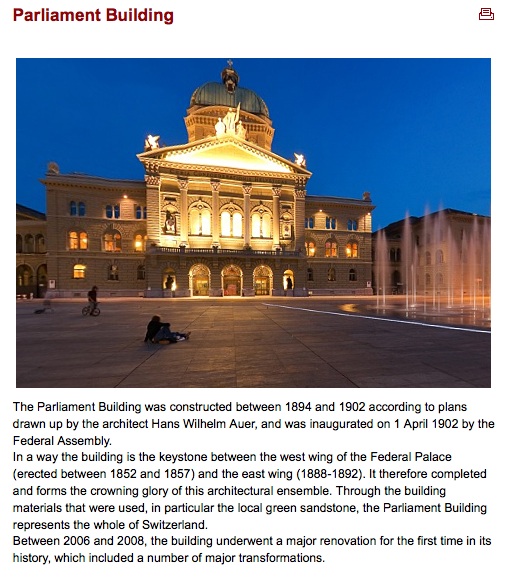 Arriving at the Parliament building, I needed to pass through a security check before being permitted inside. When it got to my turn, I could see my host on the other side waiting for me. I recognized him from his picture on the Parliament site.

At the security check, two things worth noting occurred: 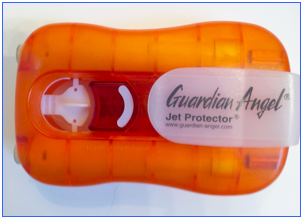 After security discovered it, they simply held on to it until after my meeting with the Delegate and then promptly returned it to me upon leaving the building along with a smile. “Don’t forget your Guardian Angel” reminded me the security officer, followed by “Have a nice day”. No body slam, no taser and no overreaction of any kind.  You know…like normal civilized people.

Switzerland and the Swiss culture are really worth preserving.

Back to my meeting with the Delegate of the National Council…I unfortunately cannot give away his identity but he is a brave and honest public servant and I respect him tremendously. He is in politics for all the right reasons, and his track record proves it.

We finally got down to why I came and he told me that the Parliament was well aware of the Chemtrail issue, having discussed it “unofficially” in Assembly on several occasions. The topic was suspiciously taboo though and the only way to get the issue to be acknowledged publically would be the development of a “grass roots” type movement of concerned citizens, (which I am in the process of forming). He said that if the population demanded it, they would bring the issue to the floor, but not before. When I asked him how many voices we would need…he said that 10’000 or so should do the trick.

Guys…do you think we can get out at least 10’000 emails from the concerned citizens of the world into the inboxes of the representatives of the Swiss Parliament and the Nouvelliste newspaper over the next couple of days?

I just now sent them a letter, which included the following info:

This letter has been sent to all Swiss Parliament members, all Nouvelliste employees, all Swiss chiropractors, the local chapters of Greenpeace and the WWF, and to 2800 other people (witnesses) all of whom I’ve asked to share this information with everyone they know. I am hoping to wake up as many Swiss citizens as possible, but the Swiss media and government also need to hear from YOU!

If you choose to support my effort, please be respectful when writing, use no foul language, make nothing that might be construed as a threat of any kind, but do let them know that unless they make a 360° turn and HALT ALL AEROSOL ACTIVITY IMMEDIATELY we will take the actions mentioned below.

to the Parliament, let them know:

Conversely, reassure them that if they stop the intentional poisoning of their people and instead shine a light on this criminal practice and help put an end to it on their soil and elsewhere:

Spread this around to EVERYBODY!!! This needs to go viral…

All email addresses are public and freely available on the Internet, but I have organized them into excel documents for ease of use. Copy/paste away!

Please include the following 2 links in your email along with your comments:

Share on Facebook and other social media platforms, send copies to all your friends and family, to as many local and national media and government sites and agencies in your country as you can think of to show them that we are awake to their shenanigans and not going to take it anymore!

Remember, we have the moral high ground.

I am neither a terrorist, nor a revolutionary, nor a hero. I’m just a guy who has discovered that he and his whole community are being INTENTIONALLY sprayed on a daily basis with toxic chemicals from airplanes. It’s a normal reaction to be angry and to demand that the spraying end. It’s a survival mechanism, not some political statement.

PS: I am anticipating some backlash, please consider a donation to my legal fund, anything you can spare.

How many engines do you count? and how many trails? 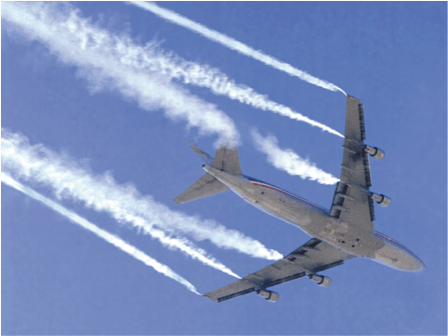 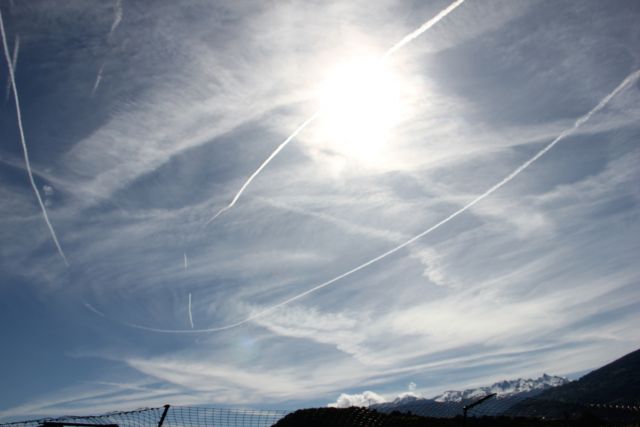 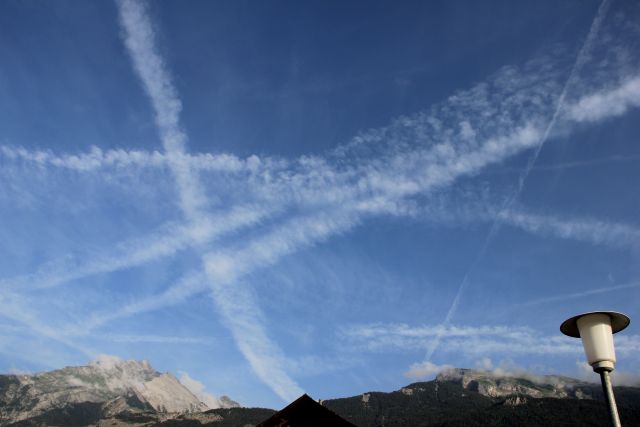 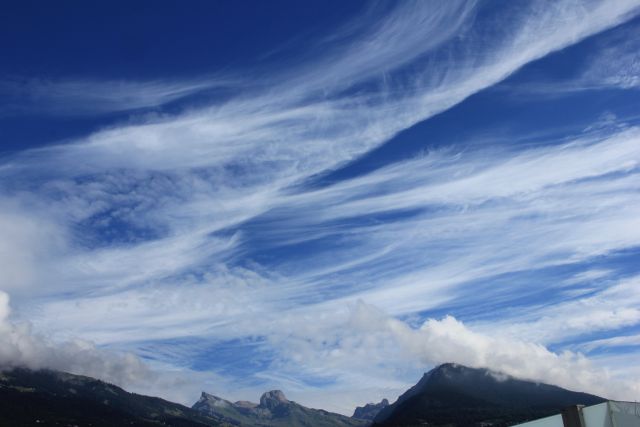 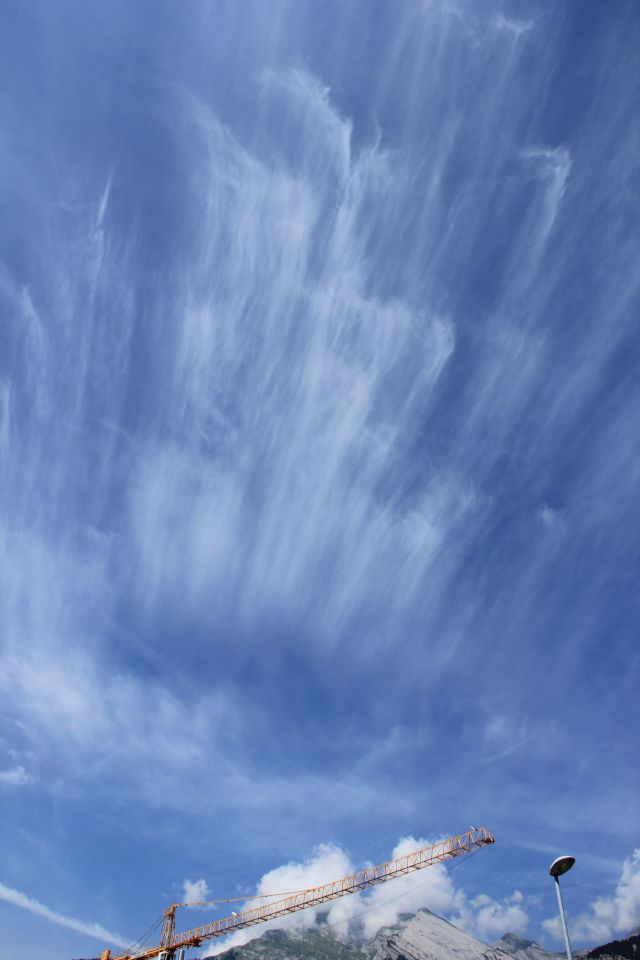 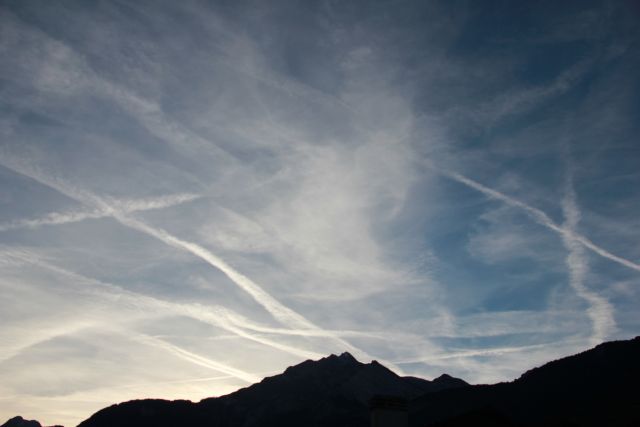 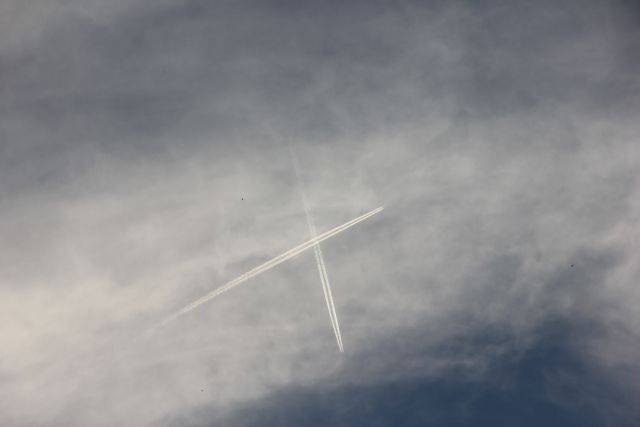 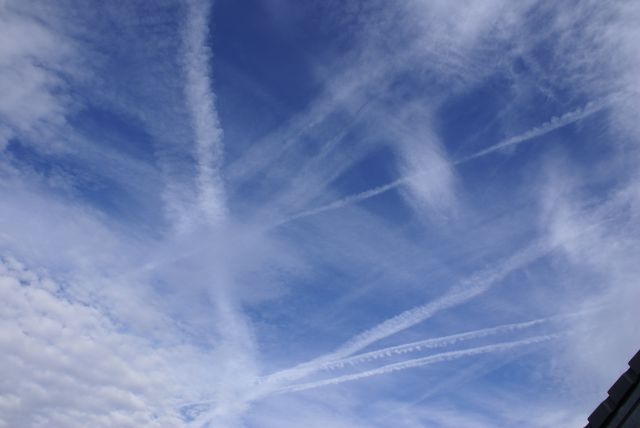 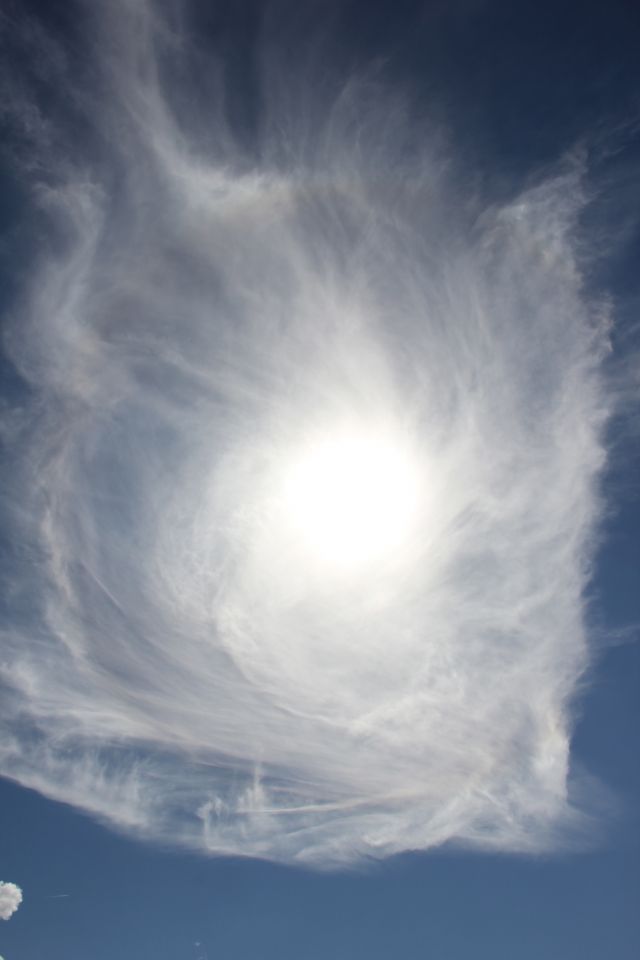 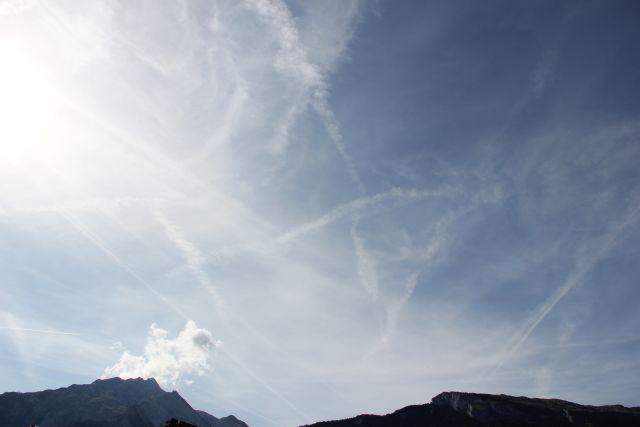 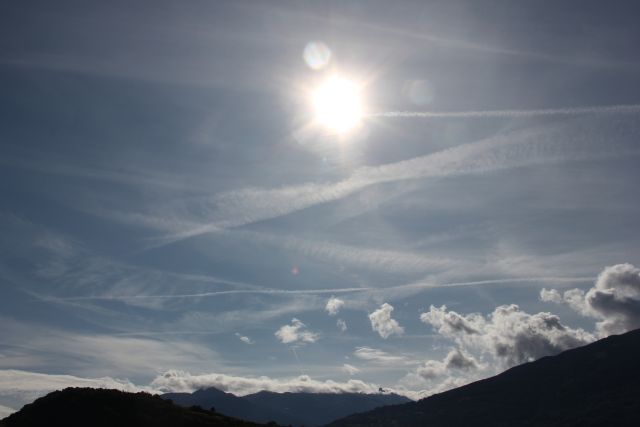 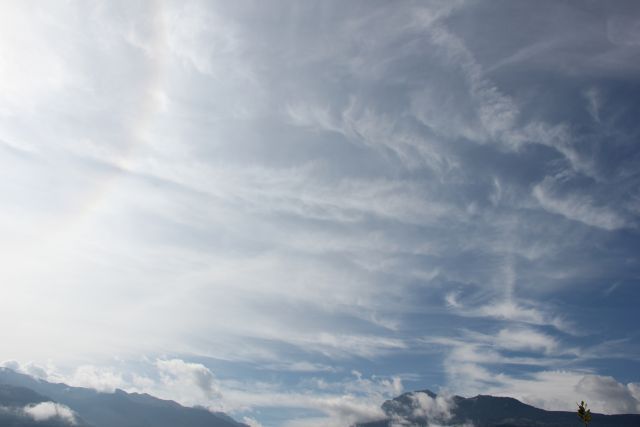 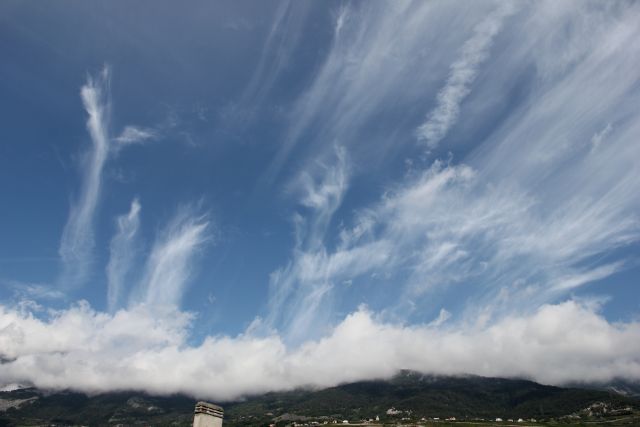 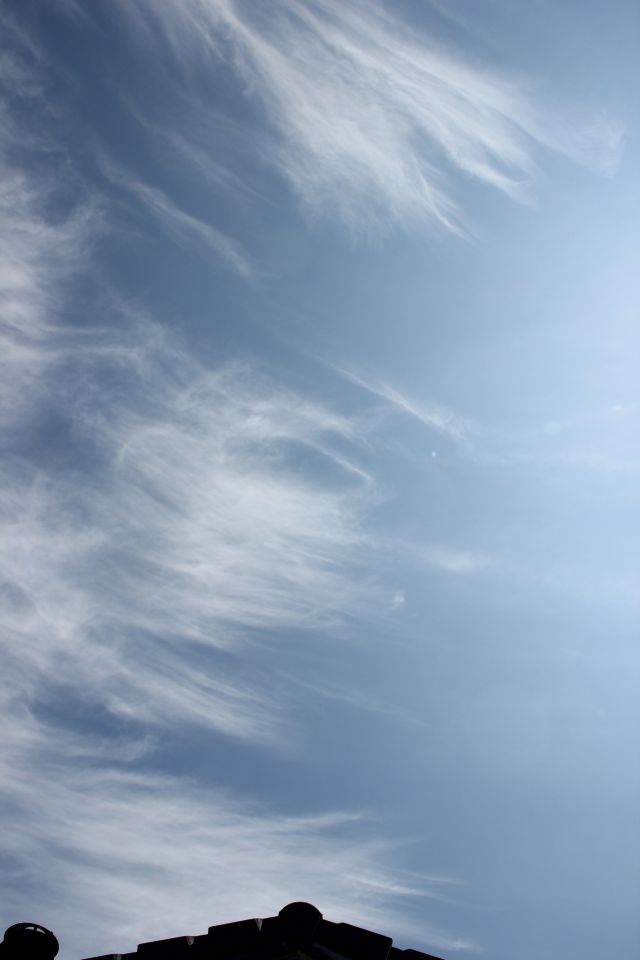 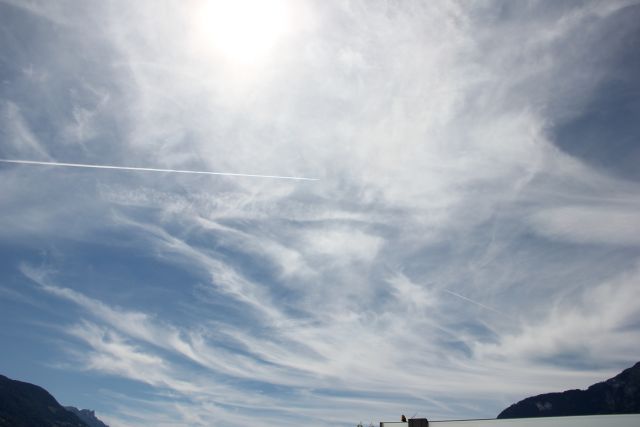 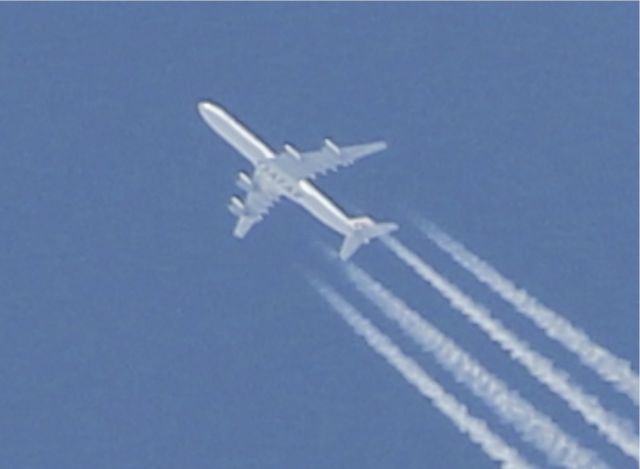