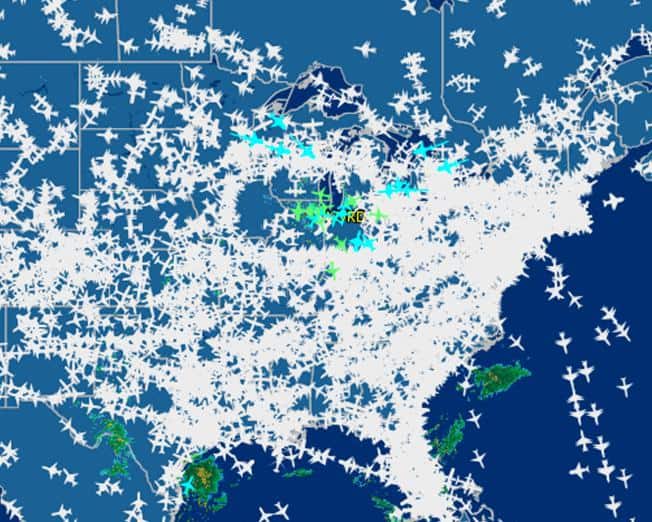 Hundreds of flights are cancelled at O’Hare, and that’s put thousands of travelers in long lines to re-book their trips. Some people stuck in Terminal 3 waited in line for at least one hour to reschedule their flights.

At 5:42 a.m. Friday, the Aurora Fire and Police responded to the FAA Air Traffic Control Center, 619 W. Indian Trail, for a report of a fire in the basement of the facility.

Aurora officials confirm that the fire was deliberately started by a male employee, and this was not an act of terrorism.

Emergency crews found the man suspected of setting the fire in the basement, where the blaze began, with self-inflicted knife wounds as well as burns to his body*, said Thomas Ahern, a spokesman for the Bureau of Alcohol, Tobacco, Firearms and Explosives, which was taking part in the investigation. He was taken to a hospital.

*I don’t know how all this is going to play out. But this “suspect” sounds like another programmed patsy to me.  I had a dream about Chicago airport last week. In my dream a plane crashed, so I’m going to be watching this story with interest.

Look at the chaos this is causing already: 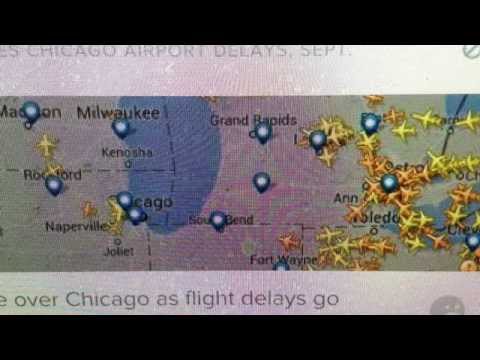