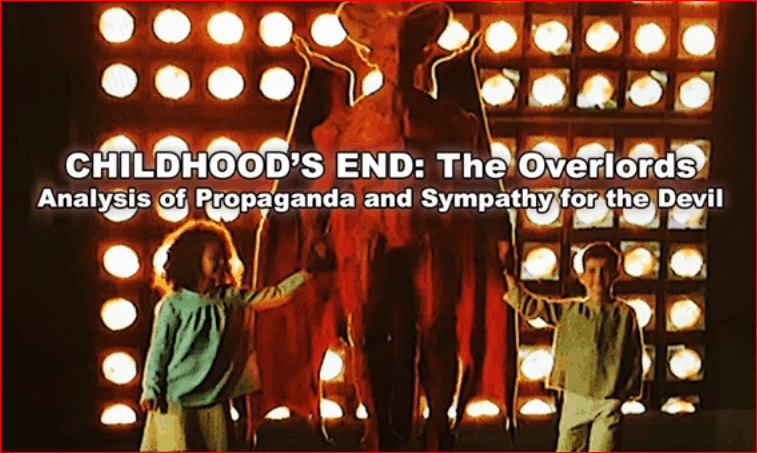 Propaganda and Sympathy for the Devil & Destruction of Faith

We actually had our cable TV disconnected in response to another Sci Fi Channel show a few years back. My husband and I were repulsed by the open depiction of Satanism in  series we were watching at the time. Of course, things have only gone downhill since then.

The modern incarnation of Arthur C. Clarke’s classic story, Childhood’s End, shows the evolution of mankind, dismissal of God, and the sympathy for the aliens who appear as the traditional image of the Christian devil.
Watch Episode 1:
http://www.syfy.com/childhood039send/…

In 2035, a Golden Age is brought to you by the Overlords. But as world peace is achieved, faith, especially in the Biblical God, is continually eradicated. Episode 2 of Syfy’s rendition of Arthur C. Clarke’s ‘Childhood’s End’ follows Peretta Jones, as she goes from a strong faithful believer in Jesus Christ, to a suicidal wreck. The show also outlines how Hermeticism, and the occult tradition, is the more accurate history over any sort of Biblical prophecy.