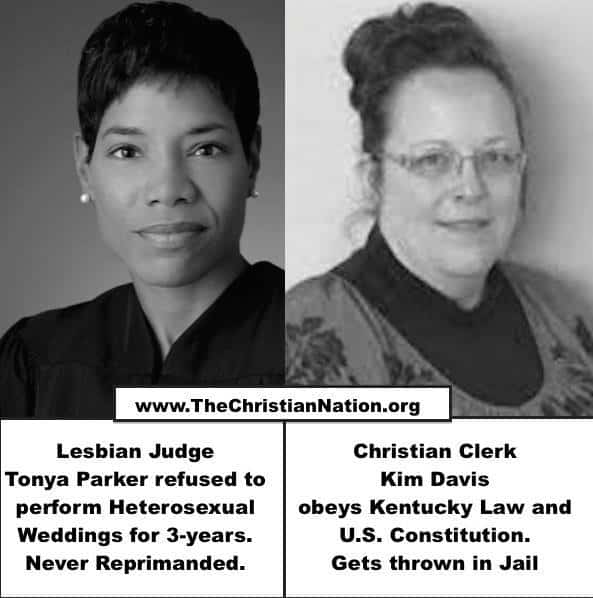 The Kentucky clerk of court recently jailed for refusing to issue same sex marriage licenses Kim Davis’ attorney, Mat Staver, compared Davis to Martin Luther King Jr. “She’s not going to resign, she’s not going to sacrifice her conscience, so she’s doing what Martin Luther King Jr. wrote about in his Letter from the Birmingham Jail, which is to pay the consequences for her decision,” (source)

Read one of the most important books of the year on this subject: Outlasting the Gay Revolution: Where Homosexual Activism Is Really Going and How to Turn the Tide

Seems that Judge parker is far more intolerant that Davis. So the bigotry falls squarely on the shoulders of the same sex marriage camp. While people with moral character are imprisoned, criminal lesbian activists like Judge Parker operate above the law with impunity and are even publicly celebrated.