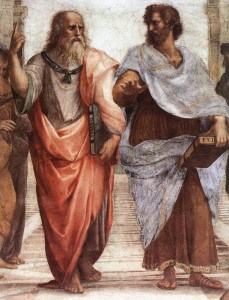 Ever wondered why? Why would people want to enslave other people? What was the incredible driving force behind the creation of the Communist system? Of course, tyranny is as old as time and we know it’s true author, but according to Israel Shahak, Communism and the planned global Communistic Government originates in the writings of Plato and Classic Judaism.

Thanks to Ed Snowden, we learned that the NSA is monitoring our every word. Since most terrorism is state-sponsored, security is a pretext for invading our civil rights and collecting blackmail material.

Where does this drive to control and exploit others originate?

Israel Shahak’s book,  Jewish History, Jewish Religion (1986) provides the answer.  From the second century until roughly the eighteenth, Jews were under the heel of their rabbis and wealthy leaders. They were a “closed society… one of the most totalitarian societies in the whole history of mankind.” (14-15)

This is the template behind the NWO; only now everyone is being enslaved.

Since the late Roman Empire, Judaism was enforced by physical coercion. Rabbinical Courts ordered fines, flogging, imprisonment and even death for Jews breaking any of the hundreds of laws governing every aspect of daily life.  “Jewish women who cohabited with Gentiles had their noses cut off by rabbis…In religious disputes, those thought to be heretics had their tongues cut out.”

The rabbis and rich Jews were in alliance with the Gentile aristocracy who enforced this tyranny and shared in the spoils. They were alligned against poor Jews and peasants alike. The rich Jews always flourished in oppressive feudal regimes because, as bureaucrats, bailiffs and tax farmers,  they “mediated the oppression” of the peasants.

According to Shahak, classical Judaism is inspired by the image of Sparta as it appears in Plato’s Laws 942. Judaism adopted the objectives Plato described in the following passage. (Shahak, p.13)

The principal thing is that no one, man or woman, should ever be without an officer set over him, and that no one should get the mental habit of taking any step, whether in earnest or in jest, on his individual responsibility. In peace as in war, he must always live with his eyes on his superior officer…In a word, we must train the mind to not even consider acting as an individual or know how to do it. 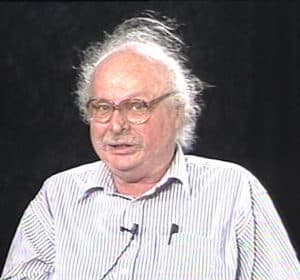 Shahak says the words “rabbi” and “officer” are interchangeable.  In Communism, the sons of rabbis built a new worldly religion that mirrored the fanaticism and oppression of classical Judaism.

After visiting Bolshevik Russia in 1920, Bertrand Russell wrote to Lady Ottoline Morrell: “Bolshevism is a closed tyrannical bureaucracy, with a spy system more elaborate and terrible than the Tsar’s, and an aristocracy as insolent and unfeeling, composed of Americanized Jews. No vestige of liberty remains, in thought or speech or action.” (The Autobiography of Bertrand Russell, paperback ed. 354)

“Classical Judaism had little interest in describing or explaining itself to its own members … The first book on Jewish history proper (dealing with ancient history) was promptly banned and repressed by the highest rabbinical authorities… As a consequence, 200 years ago, the vast majority of Jews were totally in the dark about … Jewish history and Jewry’s contemporary state; and they were quite content to remain so….Jewish studies are polemics against an external enemy rather than an internal debate…When a whole society tries to return to totalitarianism, a totalitarian history is written.” (p. 20-22)

Similarly, the West is returning to this Jewish model of totalitarianism. Mainstream discourse is tightly controlled. Pundits who stray from the party line are fired or forced to atone. We have become Jews under the yoke of Judaism (i.e. Communism.)

In the past, due to many factors, “there was always room for individual freedom. Do you understand that those who already partially rule over nations and worldly governments have pretensions to absolute domination? Understand that this is the only thing which they have not yet reached.”
Judaism is concerned with meaningless observances and legalities rather than morality or faith. The Talmud regulates “every aspect of Jewish life, both individual and social…with sanctions and punishments provided for every conceivable …infringement of the rules.” (Shahak, p. 40)

Far from being monotheistic, the Old Testament implies the existence of many Gods, and the Jewish Cabala includes many prayers and duties designed to propitiate Satan. Other reasons for saying the Cabala is satanic are found here and also here.

Communism is devoted to concentrating all wealth and power in the hands of the central banking cartel (the Rothschilds and their allies) by disguising it as State power.

The central banking cartel is the ultimate monopoly. It has an almost global monopoly over government credit. Its goal is to translate this into a monopoly over everything — political, cultural, economic and spiritual. One world government = Rothschild monopoly = Communism.

Unknown to most Jews and Gentiles, Judaism is not the Old Testament religion people think it is. Every satanic cult has a cover. Like its manifestations — Communism, Zionism and Freemasonry– it is based on the Talmud and Cabala, which seek to supplant God and redefine reality. The Cabala reinterprets and contradicts the Old Testament.  Only the “initiates” are privy to this secret.


As banker Otto Kahn put it, the Jewish leadership plot to become God and “remake the world.”   “We shall purify the idea [of God] by identifying it with the nation of Israel, which has become its own Messiah. The advent of it will be facilitated by the final triumph of Israel… ”

The New World Order is about inducting humanity into Cabala Judaism, which is Satanism disguised as “secularism.” Here are ten examples of this satanic possession. A satanic cult is the template governing change. It is the explanation for the invasion of privacy by the NSA, and the creation of a false reality which includes staged “massacres” aimed at disarming the people.

Organized Jewry is a Trojan Horse for this agenda, but thanks to Freemasonry, most other governments, religions and organizations have also been subverted. Anti Semitism is a red herring designed to deflect blame from the Illuminati bankers and high ranking Freemason onto innocent Jews. Most everyone today is duped, manipulated and compromised.

For most of their history, Jews were held in mental and physical bondage by Judaism. The NWO is a recrudescence of this satanic feudal tyranny not only for Jews but for humanity as a whole.

“Israel and Zionism are a throw-back to the role of classical Judaism, writ large on a global scale…The road to genuine revolution in Judaism–to making it humane, allowing Jews to understand their own past, thereby re-educating themselves out of its tyranny–  lies through an unrelenting critique of the Jewish religion.” p. 74