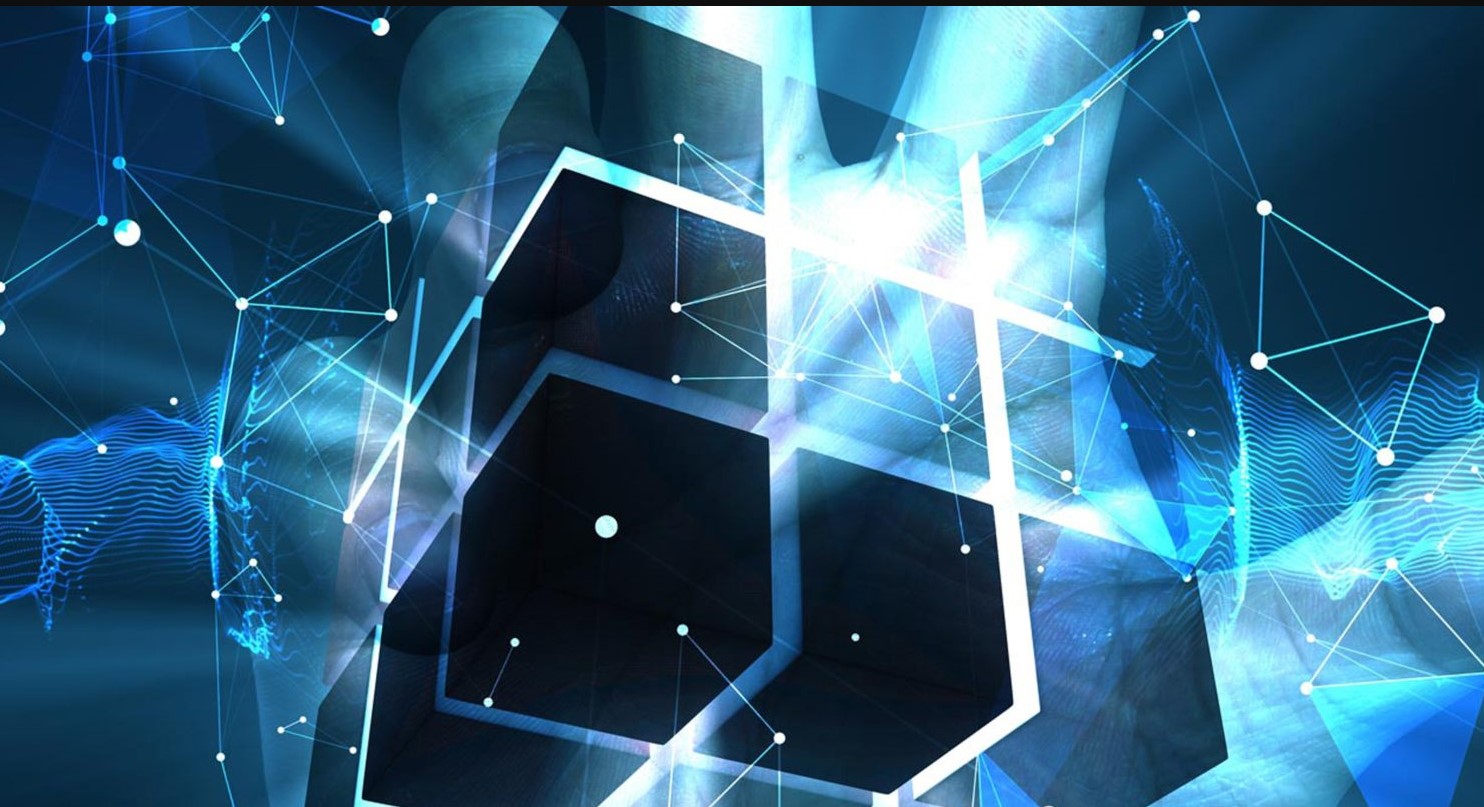 It seems the more you research the creepier it gets. In fact, the creepiness factor in the world has got to be at an all time high, probably comparable to Noah’s day.

The “Truth” community is aware that the various poisons being encountered in the air, food, water and vaccines all have one affect in common, and that’s the destruction of the pineal gland. From Fluoride to Aluminum, Mercury and Lithium, the assault has been going on for decades. Considered a “vestigial” organ, meaning that it has “lost some or all of the ancestral function in a given species” (thank you Charles Darwin), the Pineal Gland is essential for all higher brain functions and produces Serotonin (happiness hormone).

Conversely, the Pineal Gland is stimulated by entheogens, which is an interesting study; On the one hand we have the satanic elite poisons killing the Pineal Gland and MSM pouring out a steady stream of FEAR (the opposite of both happiness and faith). While on the other we have the (also satanic/occult) New Age “Truth” community referring  to the Pineal Gland (depicted as a pine cone) as the “seat of the soul” and aspiring to “awaken” it, embracing entheogens to help them “ascend” to higher levels of Consciousness.

OK, all that’s a subject for another post. But this one is about more of the poisons, particularly the oh-so-being-pushed PCR test to make sure we don’t have the flu even though we’re not sick. 🙄

We’ve all heard of DARPA, right? DARPA, (Defense Advanced Research Projects Agency) a research and development agency of the United States Department of Defense was founded in 1958 by President Dwight D. Eisenhour as ARPA, in direct response to the launch of Sputnik by the USSR and the start of the Space Race. Bet you didn’t know that! DARPA is responsible for bringing us such technologies as The Internet(!), GPS tracking, and such creepy technology as Cyborg Insects, Siri, HAARP, authentication tattoos and pills to eliminate all those pesky passwords and more. DARPA’s Hydrogel is present in vaccinations and PCR tests.

An analysis was performed on COVID test swabs in an unnamed hospital laboratory in Bratislava, Slovakia.

“Lithium is an element (Li) that does not occur naturally in humans. It is highly toxic to the influence of the pineal gland. In low doses it blocks the pineal gland and in higher doses it can completely destroy it.” source

“Darpa Hydrogel and lithium block and destroy the pineal gland and cause the thinking person to become a controllable biorobot. A hydrogel is a carrier of an active substance, its task is to get the substance into the body at a pre-desired place.

Briefly on the issue of vaccines. Vaccines contain Darpa Hydrogel, lithium and patented genetic information. mRNA is not an untested novelty. In breeding and for top athletes, this type has been using doping for many years. For top athletes 4), this doping significantly shortens the life. Genetic information in the vaccine leads to the creation of a patented mutant. The dream of the dark forces around Bill Gates is to achieve to force these mutants, for example by vaccination, to regularly upgrade as a computer program.

The swabs used for PCR are also composed of hollow nylon fibers with Darpa Hydrogel. (source)

(backup link to the pdf) 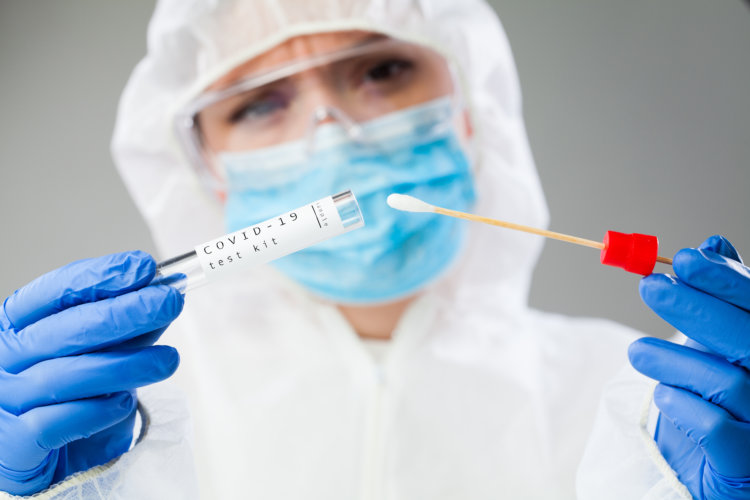 In other words: That is NO Q-Tip! PCR test swabs are NOT made out of cotton but hollow nylon fibers. And hollow things can be filled with stuff, right? 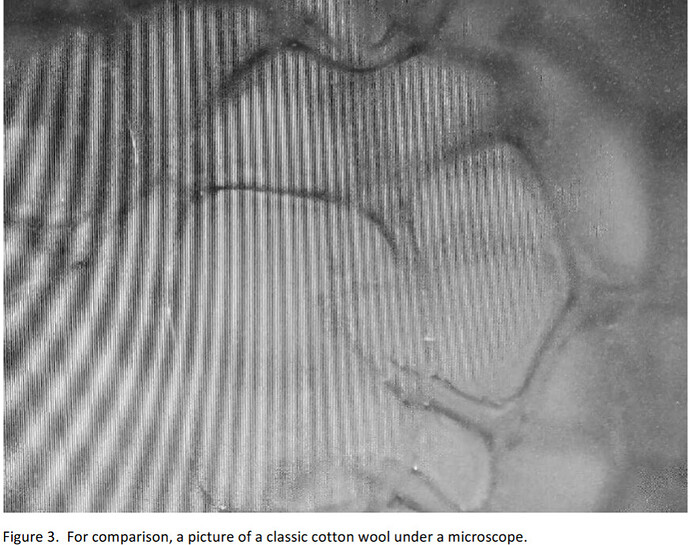 OK, just how toxic is Lithium? We can tolerate much more Lithium in the body than we can in the brain. This is extremely interesting if not damning when we consider how these creepy “way up in your nose” PCR swabs get as near to my brain as possible. I mean, seriously? Think about it. Why don’t they just swab your mouth like they do for DNA testing? 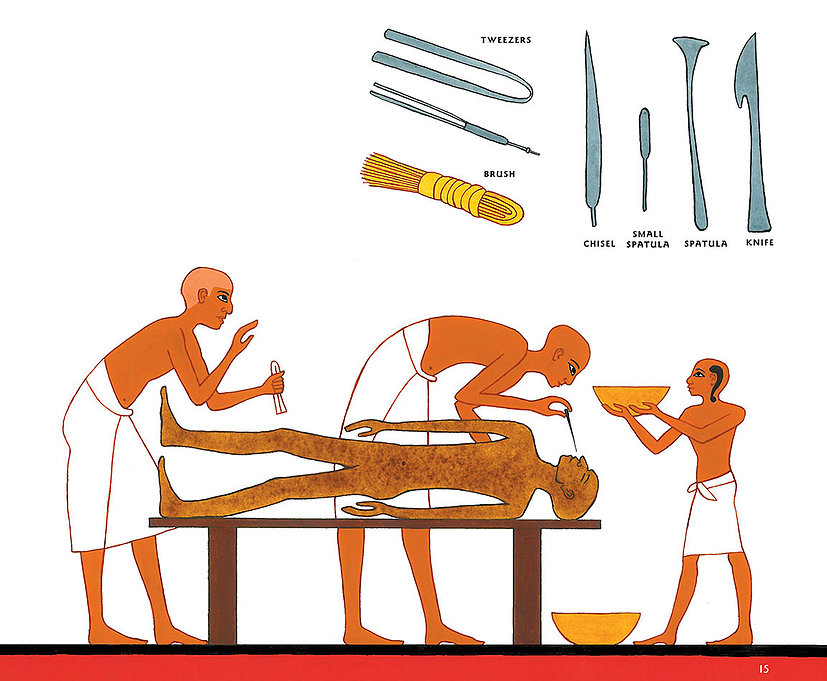 It does make sense, however, for efficient Li delivery – placing it where it will do the most damage. And here’s a fun fact – Li overdose symptoms also matches the shakes and convulsions seen in many vaccinated. 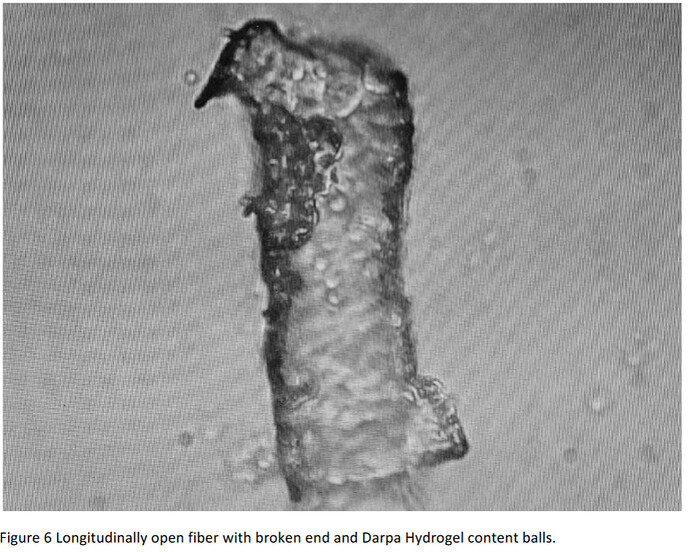 When the hydrogel enters the body and mixes with saliva, rectangular crystal structures begin to grow. 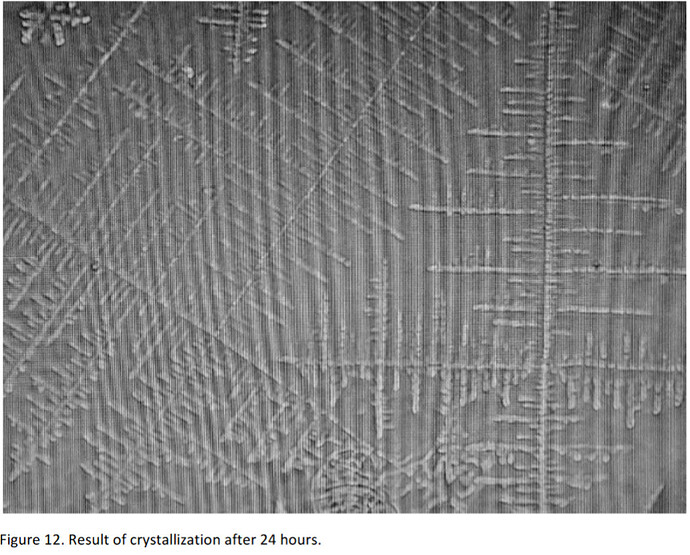 “After expelling a mixture of nylon fibre fragments, Darpa Hydrogel along with lithium remains on the nasal mucosa below the pituitary and pineal glands. This mixture immediately reacts with living structures to form crystals that target the pineal gland, which has its own electromagnetic field. The shape of the crystals determines the type of hydrogel used. The crystals are conductive because of the lithium in them. The crystals can receive the signal from the transmitter to the cell and send signals from the cell to the transmitter. These are actually nano-antennas” 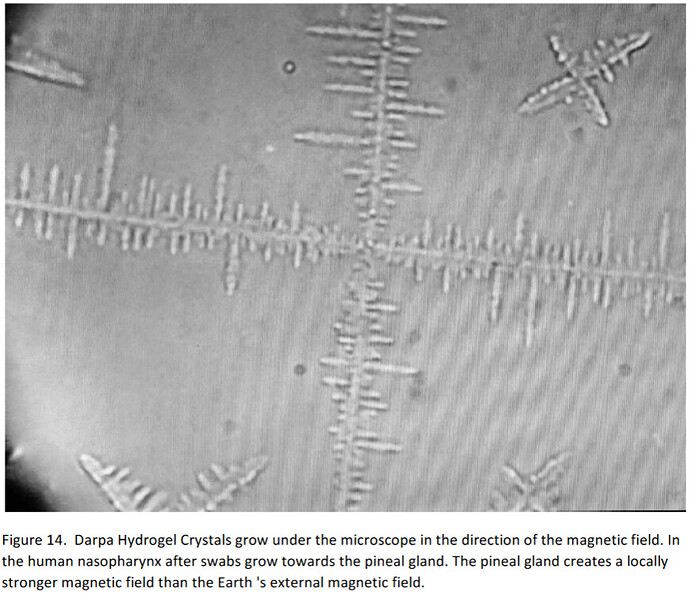 Conclusion: DARPA is trying to turn us into antennas. Try telling this to the average person you meet and they’ll look at you like you’ve got two heads. That’s because the average person, regardless of education level or intelligence, has been conditioned to get their information from MSM sources and dismiss a literal ocean of information on the internet… but I digress…

OK, we lived through the lock-down and imposed “social distancing” and were required for months to suffocate behind their face diapers. What was all that really about? Well, besides being a huge public satanic ritual, it prevented us from developing natural immunity to the COVID flu. Here we see what natural immunity and Ivermectin do to their brilliant bioweapon: 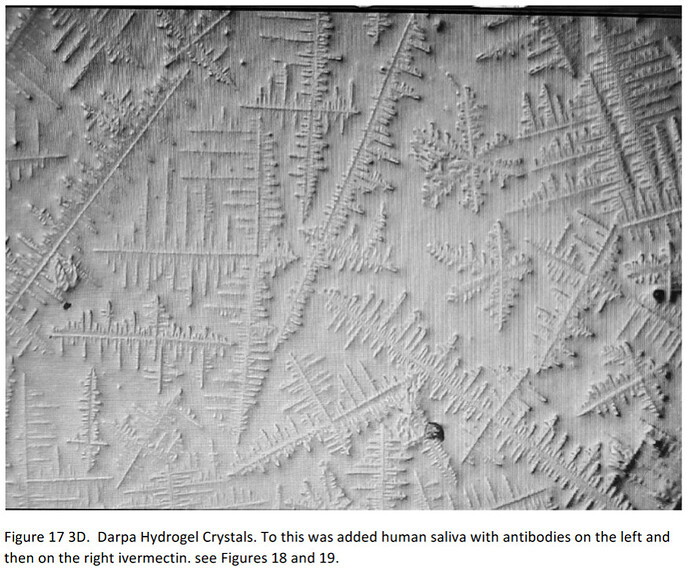 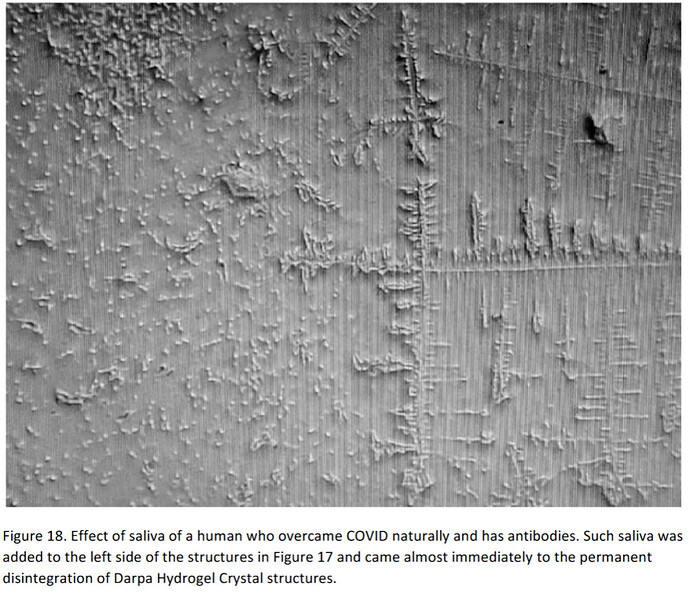 Natural immunity (saliva with antibodies aka healthy spit) on the left has much stronger effect on Darpa Hydrogel than Ivermectin on the right! (Ivermectin works too though, and may help folks with compromised natural immunity.) 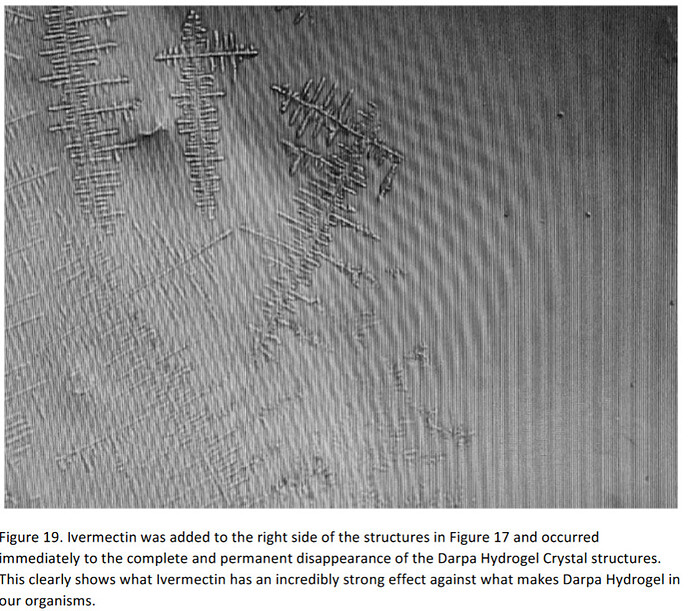 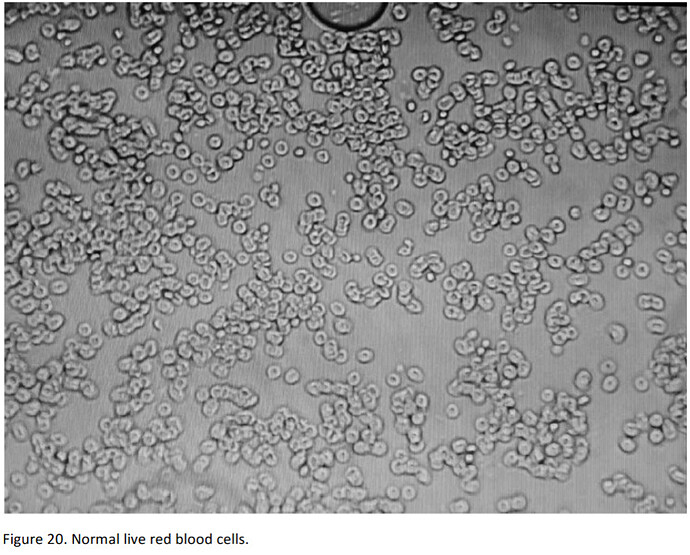 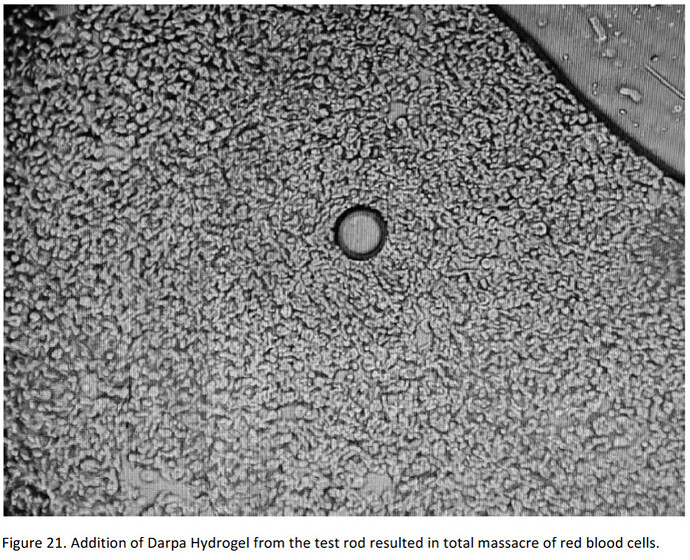 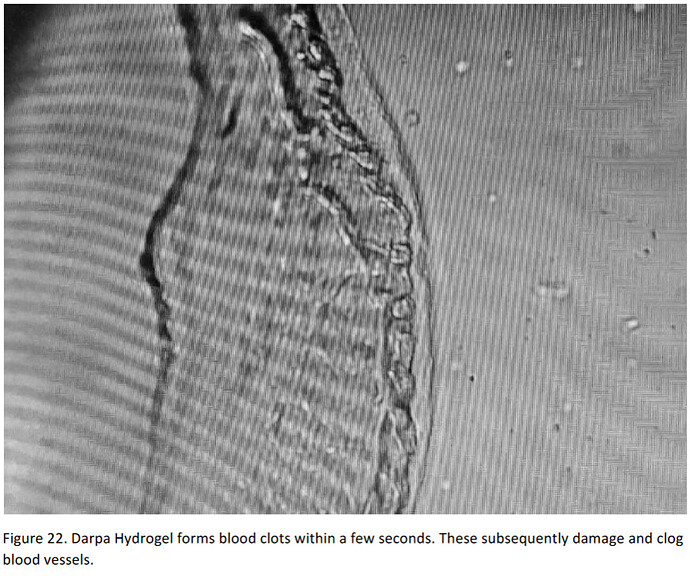 “Summary:
After spawning a mixture of nylon fiber fragments, Darpa Hydrogel remains on the nasal mucosa under the pituitary and pineal gland along with lithium. This mixture immediately reacts with living structures to form crystals that are directionally oriented to the pineal gland, which has its own electromagnetic field. The shape of the crystals determines the type of hydrogel used. The crystals are conductive due to the lithium contained in it. The crystals can receive the signal from the transmitter to the cell and transmit signals from the cell to the transmitter. These are actually nano-antennas.

Lithium is an element (reference to Li) that does not occur naturally in humans. It is highly toxic to the pineal gland influence. In low doses it blocks it and in higher doses it can completely destroy it. Aluminum and mercury also have toxic effects on the pineal gland, which are widely used in vaccines. The pineal gland produces serotonin (a hormone of happiness) and controls human biorhythms. It is crucial for higher brain activity (creativity, foresight, sixth sense, etc.) and for social interactions of man. More details in reference (5) grasshoppers.

Darpa Hydrogel (reference) is an artificial substance that creates a converter between the electromagnetic signal and living cell, tissue and organ. Converts an electromagnetic signal from a transmitter to a signal which a living cell understands and responds to. (see photo of beetle – Darpa Hydrogel was injected into this nerve structures and was controllable via a radio).”

All this technology works together, with 5G being the next level of their assault. OK, so, we could take all this and mix it with beliefs about fallen angels and the book of Enoch. Were they tampering with the inner workings of God’s divine creation before the flood? I’m sure they were. Is this technology demonic? Undoubtedly. But in my humble opinion, it’s a trap (leading to Jewish mysticism) to delve into extrabiblical texts to understand this in its full creepy splendor. And we don’t need to despair either.

The Bible tells us that we have a weapon that is powerful enough to overcome the world. Namely; our faith. (1 Jn 5:4)  Yada yada, just have faith… what’s faith got to do with it you ask?

Why are some people getting sick from the COVID shot and others aren’t? Natural immunity appears to be a key factor. Natural immunity is boosted by things such as healthy eating and living, social interaction, happiness and love. (Not watching the endless fear porn on television or staring at screens). As believers, we all know of people (or have ourselves) overcome unsurmountable odds by keeping their eyes on Jesus and walking in faith. The power of both joy and fear are well known in the secular world. And Christians have more reasons to be joyful and fearless than anyone! We’ve all sung the chorus “The joy of the Lord is my strength.” So turn off your television set. Ignore Social Media for the rest of the day. Get outside if you can or at least find a quiet place to spend some time in the Word and talk to God. Let Him remind you who and WHOSE you are and let Him fill you with the joy that transcends this world whatever it may bring.