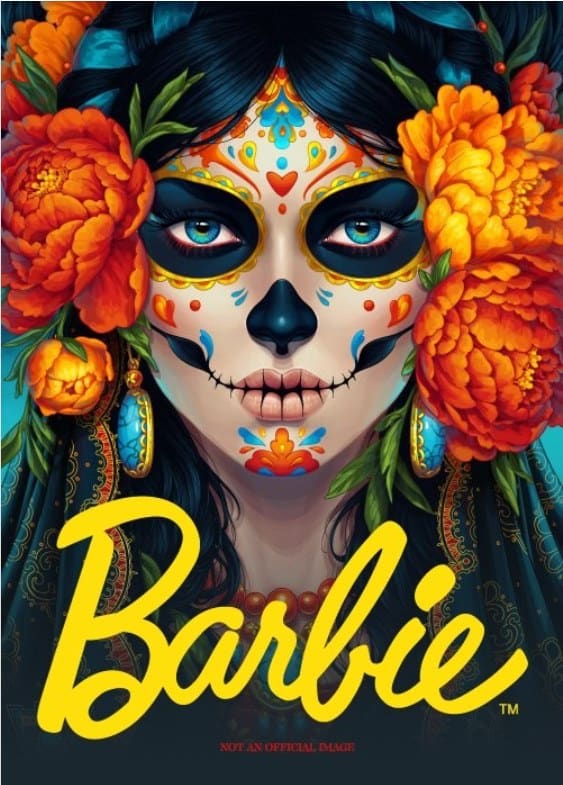 I haven’t had a chance to post much about this, but there are events that are planned for late this month that we should be paying attention to: https://www.breakingisraelnews.com/136435/nations-invited-animal-sacrifice-mount-of-olives-renewing-noahs-covenant/ I hope you’ll take some time to read the recent posts by Craig Patin for his in depth study on this.

The “70 nations” have been invited to celebrate the sacrifice of the red heifer on the mount of olives for the stated purpose of “renewing Noah’s covenant.” Read the above linked article for the significance of the 70 nations and their initiative.

From the BIN article:

“The 70 Nations initiative began last year at the World Creation Concert when high-ranking delegations from Honduras, Guatemala, and Mexico signed a declaration saying:

“All this in order to serve only the God of Abraham, Isaac, and Jacob, as it is written:

We are all gathered together in the name of peace and love with the people of Israel in the courtyards of the House of God as the sages of Israel and to fulfill the messianic vision of peace.”

If you scroll down below the BIN article to read the comments, you’ll see that many Christians are fully aware of the heresy of the animal sacrifices and the Sanhedrin’s overall plans. Reading the article, it’s also vividly clear that both Christians, liberals and the current control systems are not likely to go along with the Sanhedrin’s plans:

“The basic breaches of G-d’s laws are the following: revolt against G-d, lack of justice,  forbidden sexual relations (homosexuality/transgender), murder, stealing and robbery, worshipping a false G-d (ie. Jesus,) inflicting damage to life as it is lived through illegal and unbridled greed (ie the controlling elite.)”

People might brush this off as insignificant, but we’ve got to keep in mind that this is SPIRITUAL. These Kabbalist/Talmudist Rabbis worship and are offering blood sacrifices to “G-D”, who is NOT the Lord God who paid the final atoning sacrifice through His only begotten son 2000 years ago. These people are sacrificing to none other than the fallen one.

“Satan is actually a good angel whose job is to help us to grow.” source

(But, in my humble opinion the end game is NOT their utopian J00 world order.This is to create the chaos that will produce an outcry for someone/something to bring peace. THAT will be the final antichrist man or system. For “Who is like the beast?” (Rev 13;4) will be uttered by the entire world, not just some groups.)

Think events in Israel aren’t relevant to us here in the safe and sound good ‘ol USA? Well check this out. 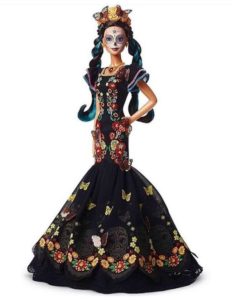 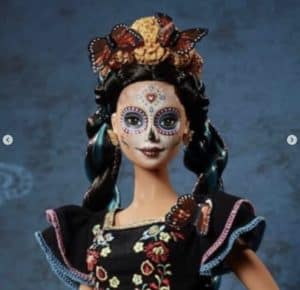 “There’s about to be a new Barbie doll on the shelves, with flowers on her dress and a skull painted on her face.
It’s the Dia de los Muertos Barbie, or Day of the Dead Barbie.

The collectible doll, which will be released on Thursday, celebrates the annual Mexican festival, in which people honor their departed loved ones.

The $75 doll “honors the traditions, symbols and rituals often seen throughout this time,” said Mattel, the toy company that owns the Barbie brand.

Barbie’s long black dress is embroidered with hearts and butterflies, with colorful ruffled sleeves. Her face is painted with a skull — a popular practice during the festival, when revelers dress up in colorful costumes and hold parades. On top of the doll’s head rests a crown with monarch butterflies and marigolds.”

(Thanks for the heads up Marla & Vicky.)

Allison Page Walters connects the dots for us.

“The Celebration of Death & the division/splitting of Souls from Life [Monarch Symbolism], basically ‘soft core’ Necromancy & it’s just more Spiritual fallout from what’s happening between the [70] Nations & Israel. The Nations are “signing” the Baalberith Covenant, the Covenant with Death & if you’ll take a closer look at all the Nations who have RSVP’D for the September 25th-27th Noahide Covenant Sacrifice you’ll notice a theme…..they’re all either Hispanic/Latino countries or Island Nations, ALL of which already have a rich history of Death culture as an integral part of their Religious history, worship & practices.”

Isaiah 28:18-22
And your covenant with death shall be disannulled, and your agreement with hell shall not stand; when the overflowing scourge shall pass through, then ye shall be trodden down by it.
19 From the time that it goeth forth it shall take you: for morning by morning shall it pass over, by day and by night: and it shall be a vexation only to understand the report.
20 For the bed is shorter than that a man can stretch himself on it: and the covering narrower than that he can wrap himself in it.
21 For the Lord shall rise up as in mount Perazim, he shall be wroth as in the valley of Gibeon, that he may do his work, his strange work; and bring to pass his act, his strange act.
22 Now therefore be ye not mockers, lest your bands be made strong: for I have heard from the Lord God of hosts a consumption, even determined upon the whole earth.