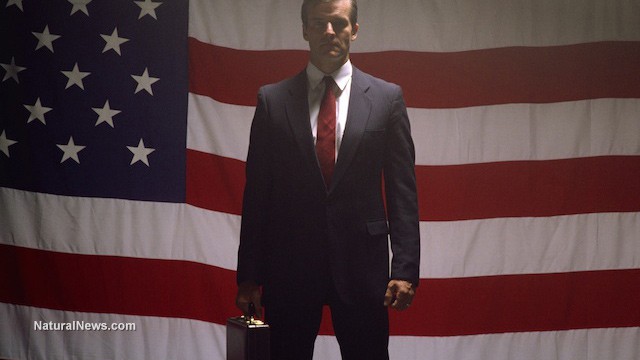 (NaturalNews) One of Americans’ most cherished civil rights is also one of its most underused, which is a major reason why we are governed by some of the worst misfits and miscreants among us.

According to a startling new piece of research by a pair of political science professors, ordinary Americans have virtually no impact at all on the making of national policy. By contrast, reports The Hill, “The analysts found that rich individuals and business-controlled interest groups largely shape policy outcomes in the United States.”

In order to reclaim the promise of American-style republicanism and democracy, the pair warn, citizens must act positively and decisively to change the relationship between them and their elected leaders.

‘Nearly no influence at all’

As noted by The Hill:

The new study, with the jaw-clenching title of “Testing Theories of American Politics: Elites, Interest Groups, and Average Citizens,” is forthcoming in the fall 2014 edition of Perspectives on Politics. Its authors, Martin Gilens of Princeton University and Benjamin Page of Northwestern University, examined survey data on 1,779 national policy issues for which they could gauge the preferences of average citizens, economic elites, mass-based interest groups and business-dominated interest groups. They used statistical methods to determine the influence of each of these four groups on policy outcomes, including both policies that are adopted and rejected.

They found that, when controlling for the power of financial elites and organized interest groups, the influence of ordinary Americans registered at a “non-significant, near-zero level.”

The political scientists further noted that rich individuals and business-dominated interest groups vastly dominate the legislative and policy-making process. But the mass-based interest groups had minimal influence when compared to those who are business-related.

The study further debunks the belief that the policy preferences of business and the rich tend to reflect the views of ordinary Americans. The researchers found to the contrary, in fact; such preferences mostly sharply diverge, and when they do, which is often, the economic and business elites nearly always win the day and ordinary Americans lose.

The researchers also said that, given the limitations of tapping into the full-power elite in the country and their policy preferences, “the real world impact of elites upon public policy may be still greater” than even the study’s alarming findings indicate.

Americans are largely to blame – because they’re not voting

The elite financial and business interests have the capacity to hire high-powered and expensive lobbying firms that are constant fixtures around lawmakers in D.C., as well as fill their campaign coffers.

But ordinary Americans are partly to blame for the dearth of influence, mostly because a sizeable portion of the electorate routinely chooses not to vote, the authors noted.

The study’s authors further found that ordinary citizens in increasing numbers over the past several decades have largely abandoned participation in grassroots movements — like the Civil Rights and Women’s Rights movements of the 1960s and 1970s — as well.

“Without a substantial presence on the ground, people-oriented interest groups cannot compete against their wealthy adversaries,” The Hill reported, citing the study’s findings.