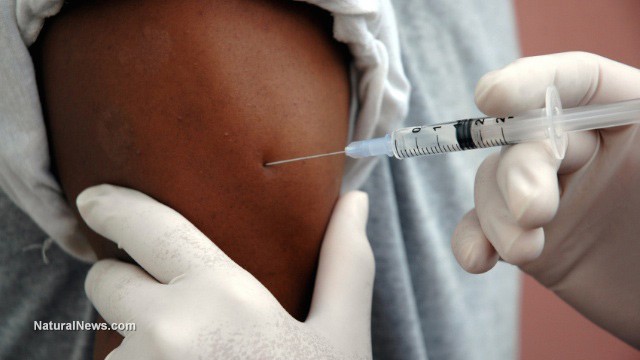 (NaturalNews) Natural News is currently investigating a breaking story based on a CDC whistleblower stepping forward with shocking proof of an incredible cover-up. According to information available so far, it appears the CDC knowingly engaged in a medical conspiracy to deliberately hide from the public damning evidence about MMR vaccines causing a very large increase in autism among African-American babies.

I’m posting this update to let Natural News readers know we are actively investigating this groundbreaking story which may turn out to be a larger cover-up than the Tuskegee experiments. Much like Tuskegee, this story also involves the suffering of African-Americans at the hands of a corporate-run medical cartel that systematically sacrifices lives for profit.

If what we are hearing so far is true, it means the CDC has deliberately run a decade-long cover-up which condemned tens of thousands of African-American children to a life of autism caused by MMR vaccines. It would also mean the CDC has engaged in a shameless conspiracy to hide the truth about the damage caused by vaccines, confirming the agency’s primary mission of protecting pharmaceutical profits even at the expense of human life.

This story is potentially the greatest scientific conspiracy in the history of modern medicine. Accordingly, you can expect the entire mainstream media to completely censor the story and try to pretend it never happened.

Read the press release and watch the video

Here’s what has been published so far. This will get you up to speed on what’s happening:

…a statistically significant relationship between the age the MMR vaccine was first given and autism incidence in African-American boys was hidden by CDC researchers.

A top research scientist working for the Centers for Disease Control and Prevention (CDC) played a key role in helping Dr. Brian Hooker of the Focus Autism Foundation uncover data manipulation by the CDC that obscured a higher incidence of autism in African-American boys.

As I mentioned above, Natural News is investigating this story with due diligence. We are gathering additional evidence which has not yet been made public, and we fully expect to bring our millions of readers a more detailed report as soon as we can complete our investigation.

This story has the potential to completely shatter the campaign of lies and deceit which has been waged by the CDC and vaccine poisoners for many decades. If the full truth about MMR vaccines and autism comes out — and the malicious nature of the cover-up is fully revealed — no one will ever trust the CDC or the vaccine industry again.

Especially not black Americans, most of whom already don’t trust anything the government says in the first place.