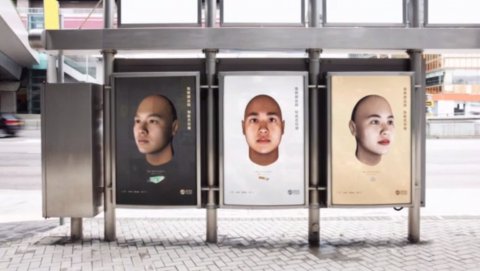 Just when you thought you’d heard it all, along comes a story that knocks you from your horse.

This week’s addition to the “We’re not in Kansas anymore” file comes from Hong Kong, where the “Hong Kong Cleanup” initiative has found an innovative way to deal with the problem of litter in one of the most crowded cities on the planet: DNA shaming. 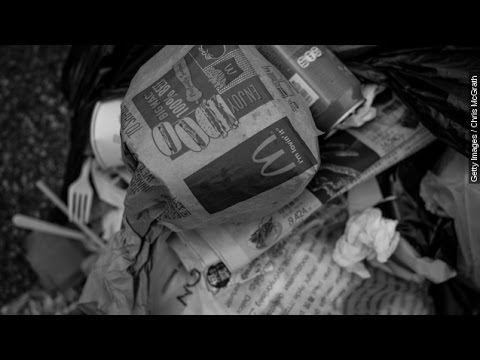 What on earth is DNA shaming, you ask? Simple. First, samples of litter were collected from the streets of Hong Kong, including, as the South China Morning Post helpfully reports, “chewing gum, cigarette butts and a condom.” Then, the samples were sent to a laboratory and DNA of the guilty litterbugs were extracted from the items for DNA phenotyping. This process reads the tens of thousands of genetic variants from each sample and compiles an image from the predicted facial structure, eye, hair and skin color, and even the freckling of the individual to whom the DNA belongs. The result? A creepy computer-assembled image of the face of whoever dropped the garbage in the first place.

Now comes the shaming: simply take said image and plaster it on fake “Wanted” posters around Hong Kong, or, more specifically, in the precise area where the garbage was found.

Now you’re probably creeped out by this whole process (as well you should be), but the obvious question is who is behind such a ghoulish, Orwellian idea?

Unsurprisingly, it’s the exact gaggle of CFR-connected globalist insiders you would expect to be pushing this future police state idea. “Hong Kong Cleanup” is an innocuous-sounding campaign for encouraging Hong Kongers to clean up their own trash, and it is co-organized by the “sustainable lifestyle magazine” Ecozine and The Nature Conservancy, a corporate environmentalist front whose board includes directors, CEOs, managers and founders of corporations like The Blackstone Group, Google, Goldman Sachs, Merck and others. The campaign itself is (supposedly) the brainchild of Ogilvy & Mather, the ad agency that had to apologize last year for running an ad featuring cartoon images of Malala Yousafzai, the Pakistani schoolgirl shot in the face by the Taliban (the ad was for mattresses).

Now to be fair the DNA shaming pictures involve a bit of guesswork (the age of the litterer is of course unknown so it has to be guessed at from the type of garbage and the area where it was found), but the idea is absolutely horrifying to anyone who understands how such technology could and doubtless will be used by tyrannical governments of the future.

For those who don’t yet understand how this could be used by an out-of-control government, one only has to look behind the gloss of Obama’s recent proposal to create a “biobank” of DNA from 1 million “volunteers” to help Americans “combat disease.”

Conveniently left out of PR friendly announcements like this is the fact that the FBI already has a federal DNA database of 13 million samples, a database that was found to have hundreds of serious indexing and identification errors in a recent audit (but what else should we expect from the notoriously corrupt FBI crime lab, which was found to have lied about an entire area of forensics for decades). Add that to the secret DNA databases of blood samples that have been collected from newborns for decades (samples that are owned by private companies), and you have an idea of how a police state could do more than just shaming litterbugs. If you were targeted by a future police state, you could be identified, traced, and examined at the genetic level by whatever authority had access to the technology in question.

And let’s never forget that race-specific bioweapons are not just Buck Rogers fantasy, nor just idle speculation amongst the paranoids, but something actually advocated by the Project for a New American Century in their infamous “Rebuilding America’s Defenses” document: “advanced forms of biological warfare that can ‘target’ specific genotypes may transform biological warfare from the realm of terror to a politically useful tool.”

Given that the genie is out of the bottle on these technologies, it would be naive to believe that it will go away. As some argue, the best we can hope is to decentralize the technology so that it becomes open source and technologies for countering and foiling such privacy-eliminating ideas can be developed, just as the open source software/hardware movement counteracts computer malfeasance.

Still, that’s little consolation to the person who is walking down the street and finds their DNA phenotyping image on a bus shelter wanted poster. Brace yourselves, folks; the future is now.