From day one, Donald Trump has had the reputation of being a “wild card“. Pastor Chuck Baldwin has encouraged Christians to “hold his feet to the fire” – and keep him accountable for his campaign promises. Clearly, there was no choice but to elect Trump and keep Hillary out of the white house. Was all of it a set up? Unfortunately, nothing we’re publicly presented with is quite what it seems. The Trump election did a triumphant job exposing the MSM for the scripted, paid off propaganda machine it is, but is that part of the script too – part of the “Externalization of the Hierarchy“? Trump has presented himself as a friend of Zionist Israel, (also see here) and is a proud supporter of the staged “war on terror” that so many Christians have bought into. Here we are, 3 days shy of the inauguration.

David Bass (R$E) posted this video, which includes an interview where Youtuber “Corner of the Roof,” (COTR)- who appears to be coming from a Futurist view, presents some more troubling things about the president elect.

Is Trump the (scriptural) “Anti-Christ?” For several reasons, I personally don’t think so –  but could he be part of the staged end times script? I don’t doubt that at all. It’s going to be an interesting ride, that’s for sure.

As always- Love God, Love your neighbor – being ‘salt and light’ in the world by doing all that encompasses. Find other believers who are aware, get together regularly and pray. God bless! 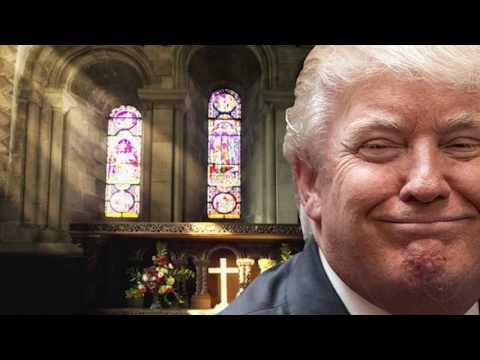