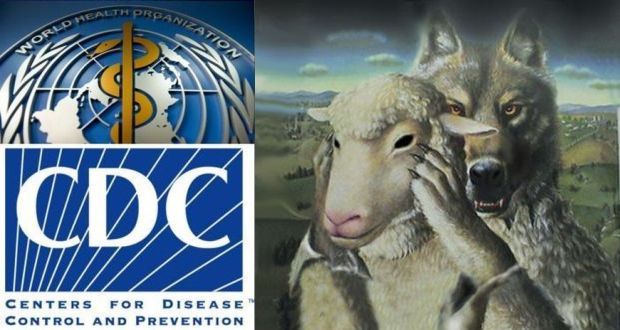 If this report out of Africa is right, then LA Marzulli is right on the money. It also coincides with how the FDA and other government organizations are coming out so strongly in opposition of essential oils and other natural methods of warding off disease.

All I can say is to do your research, everyone, and stay away from vaccines, flu shots, etc.

Uncensored magazine (ad below) is a great source of truth you won’t find anywhere else, and I endorse them fully.

Thomas made me aware of the following through the Jimstonefreelance mail box:

I have confirmed the following is real, and was written by a man living in Accra Ghana.

From Ghana: Ebola is not real and the only people who have gotten sick are those who have received treatments and injections from the Red Cross

Other than the original facebook post, this web site is the first one to carry this and it needs to be spread, the future may be riding on this one, ARCHIVE, POST POST AND RE-POST!

People in the Western World need to know what’s happening here in West Africa. THEY ARE LYING!!! “Ebola” as a virus does NOT Exist and is NOT “Spread”. The Red Cross has brought a disease to 4 specific countries for 4 specific reasons and it is only contracted by those who receive treatments and injections from the Red Cross. That is why Liberians and Nigerians have begun kicking the Red Cross out of their countries and reporting in the news the truth. Now bear with me:

Most people jump to “depopulation” which is no doubt always on the mind of the West when it comes to Africa. But I assure you Africa can NEVER be depopulated by killing 160 people a day when thousands are born per day. So the real reasons are much more tangible.

Reason 1: This vaccine implemented sickness being “called” Ebola was introduced into West Africa for the end goal of getting troops on the ground in Nigeria, Liberia, and Sierra Leone. If you remember America was just trying to get into Nigeria for “Boko Haram” #BULLSHIT but that fell apart when Nigerians started telling the truth.There ARE NO GIRLS MISSING. Global support fell through the floor, and a new reason was needed to get troops into Nigeria and steal the new oil reserves they have discovered.

Reason 2: Sierra Leone is the World’s Largest Supplier of Diamonds. For the past 4 months they have been on strike, refusing to provide diamonds due to horrible working conditions and slave pay. The West will not pay a fair wage for the resources because the idea is to keep these people surviving on rice bags and foreign aid so that they remain a source of cheap slave labor forever. A reason was also needed to get troops on the ground in Sierra Leone to force an end to the diamond miners strikes. This is not the first time this has been done. When miners refuse to work troops are sent in and even if they have to kill and replace them all, the only desire is to get diamonds back flowing out of the country.

Of course to launch multiple campaigns to invade these countries separately would be way too fishy. But something like “Ebola” allows access to an entire area simultaneously…

Reason 3: In addition to stealing Nigerian oil, and forcing Sierra Leone back to mining, troops have also been sent in to FORCE vaccinations (Deadly “Ebola” Poison) onto those Africans who are not foolish enough to take them willingly.

3000 troops are being sent in to make sure that this “poison” continues to spread, because again it is only spread through vaccination. As more and more news articles are released as they have been in Liberia, informing the populous of the US lies and manipulation, more and more Africans are refusing to visit the Red Cross.Troops will force these vaccinations upon the people to ensure the visible appearance of an Ebola pandemic. In addition to this they will protect the Red Cross from the Liberians and Nigerians who have been rightfully ejecting them from their countries.

Reason 4: Last but not least, the APPEARANCE of this Ebola “pandemic” (should Americans not catch on) will be used to scare the countless millions into taking an “Ebola vaccine” which in reality is the pandemic.Already they have started with stories of how it has been brought to the U.S. and has appeared in Dallas, how white doctors were cured but black infected are not being allowed to be treated, etc.

ALL that will do is make blacks STRIVE to get the vaccine, because it appears that the “cure” is being held back from blacks. They will run out in droves to get it and then there will be serious problems. With all we have seen revealed about vaccines this year you would think we learned our lesson. All I can do is hope so, Because they rely on our ignorance to complete their agendas.

Ask yourself: If Ebola really was spread from person to person, instead of controlled spread through vaccination – then WHY would the CDC and the US Government continue to allow flights in and out of these countries with absolutely no regulation, Or At All? We have got to start thinking and sharing information globally because they do not give the true perspective of the people who live here in West Africa. They are lying for their own benefit and there aren’t enough voices out there with a platform to help share our reality. Hundreds of thousands have been killed, paralyzed and disabled by these and other “new” vaccines all over the world and we are finally becoming aware of it. Now what will we do with all this information?

Nana Kwame is the man from Ghana who Blew the Ebola scam to smithereens and someone out there is obviously PISSED about it.

A profile has been generated on Facebook claiming to be the real Nana Kwame, portraying him as a been to jail many times illiterate street punk. Shills and trolls are trying to get it huge exposure. Here is what makes it obviously FAKE:

There is a legitimate business in Ghana that Nana is co-owner of. And on that business facebook, Nana is listed as a co-owner and bartender. That would not be possible if Nana was an American street punk, and to debunk the next shill line: He found a business in Ghana and hijacked its identity, FINE THEN, how could he do this for fronting a scam and then, in two days get over 10,000 hits on his post, (which happened before I even posted it) if Nana was not already enormously popular somewhere? Obviously Nana owns a great business and is well liked in his community.

Here is the best evidence: Nana’s English style. It is not American style, yet it is PERFECT. If Nana was a street punk educated in America, how could the English be a perfect match for that in Ghana, which was at one time occupied by Britain and as a result has English, PROPER ENGLISH, as a main language?

QUESTION: How many been to jail many times American street punks can put together a perfect mini thesis in perfect English? And then have it cause an uproar?

Look at the one plus one private web site, the One Plus One facebook page and then read Nana’s report from Ghana. These are all embedded in the same capture down the page a ways. THEY ALL MATCH PERFECTLY, it is obvious that the same educated man set up all 3. And how long has the one plus one web site been online? SINCE JULY OF 2013, A YEAR BEFORE THE “EBOLA” OUTBREAK WAS EVEN NEWS.

And If I was not hitting a nerve somewhere, WHY WOULD THE FORUM GET BLASTED AWAY DAY ONE? You can lie all you want and they leave you alone. Sandy Hook proved it. WHY THEN IS THIS WEB SITE A TARGET?

To the shills and liars: Scam away, and when you are done I hope you get the worst formulation in your shot possible. Since one web site has already been toasted, I will stop with that.