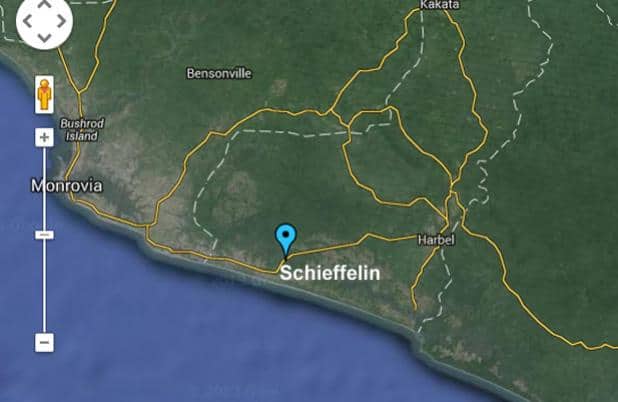 A man in Schieffelin, a community located in Margibi County on the Robertsfield Highway, has been arrested for attempting to put formaldehyde into a well used by the community.

Reports say around 10 a.m., he approached the well with powder in a bottle. Mobbed by the community, he confessed that he had been paid to put formaldeyde into the well, and that he was not the only one. He reportedly told community dwellers, “We are many.” There are  are agents in Harbel, Dolostown, Cotton Tree and other communities around the country, he said.

State radio, ELBC, reports that least 10 people in the Dolostown community have died after drinking water from poisoned wells.

The man also alleged that some water companies, particularly those bagging mineral water to sell, are also involved. The poison, he said, produces Ebola-like symptoms and subsequently kills people.

The Observer had previously been informed that people dressed as nurses were going into communities with ‘Ebola Vaccines’. Once injected, it reportedly produces Ebola-like symptoms and sends victims into a coma. Shortly thereafter, victims expire. Communities are now reportedly chasing vaccine peddlers out of their communities. After 10 children reportedly died from the ‘vaccine’ in Bensonville, the peddlers were reportedly chased out of the community upon their next visit.

It is possible that the ‘vaccine’ is/was composed of the same formaldehyde-water mixture. This publication has received reports from families whose loved ones’ organs were missing upon return of the bodies to the families. Families suspect an organ trafficking operation is capitalizing on the outbreak of the Ebola virus in Liberia.

The district’s representative condemned the act as barbaric, but called upon Liberians not to doubt the existence of the Ebola virus in the country.

An investigation is ongoing.