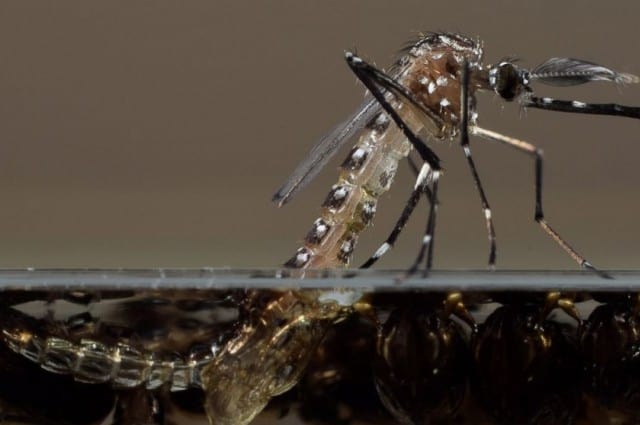 Mosquito-borne diseases such as malaria, Chikungunya, Dengue Fever, and Yellow Fever claim the lives of over 1 million people each year. In an effort to quell mosquito populations, researchers at the British biotech company Oxitec have been developing genetically-altered mosquitos to be released into the wild. Even though tests with wild mosquito populations in locations such as Brazil and the Cayman Islands have been successful, public misunderstanding about genetic modification might prevent the U.S. Food and Drug Administration (FDA) from releasing the same mosquitos in the Florida Keys.

Oxitec’s research has surrounded Aedes aegypti mosquitos, which serve as a vector for several diseases. The mosquitos have a modified version of a gene that will kill their progeny as larvae, before they are able to fly. As only female mosquitos bite, the aim is to only release modified males. When these males breed with wild females, the next generation will reduce considerably. During a six-month-long timespan in 2012, Oxitec released a total of 3.3 million modified males in the Cayman Islands and successfully reduced the native mosquito population in the area by 96%.

The initiative to release the modified mosquitos in Florida is a cooperative effort between Oxitec and Florida Keys Mosquito Control District. Though mosquito-borne diseases in Florida are relatively rare compared to other tropical locations, the mosquitos are becoming increasingly resistant to insecticides and other traditional methods of keeping the population down. The Oxitec mosquitos would be released in Key Haven in Key West, a neighborhood of 444 homes.

Despite the previous success of the Oxitec mosquitos, the FDA is thoroughly investigating the implications of the experiment before allowing it to proceed. In addition to the scientific attributes, they will also need to consider public opinion, which may or may not be influenced by misinformation about genetic engineering. Opponents of the program are concerned about residents being bit by modified mosquitos and altered DNA entering a human’s bloodstream.

Only female mosquitos bite, and Oxitec has said that all females are removed before release. Since the offspring with the altered DNA dies before they are old enough to fly, there should be no way of getting bit by a genetically-engineered female. Oxitec also states that in the very unlikely scenario that a mutated female bites and their DNA does enter the human bloodstream, there’s no indication that it would cause any adverse effects. The mutated gene may be lethal to mosquitos, but it has been shown so far to be harmless in lab animals.

Even with these assurances, detractors claim that Oxitec can’t guarantee that a couple of females won’t get overlooked or that the DNA doesn’t pose a threat to humans. A number of scientists who agree with the low risk cited by Oxitec and the general safety of the program told the Associated Press the company has more work to do to demonstrate safety. Failing to do so could cause more harm than good for public perception for this experiment and genetic engineering in general.

Discussion about reducing or eliminating a species like what is proposed here invariably brings up the question of how it would affect the ecosystem, as mosquitos pollinate and make up part of the food chain. However, ecologists agree that any hole created by removing mosquitos would be quickly filled by something else, with not much widespread effect. However, knowing what species that would be, and whether it is better or worse than mosquitos, is not as straightforward.