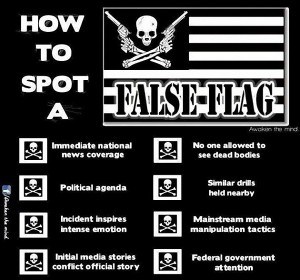 Is Ferguson a test run? A false flag geared for no other purpose than to implement martial law, not only in Ferguson, Missouri, where 18 year-old Michael Brown was shot and killed by police, sparking riots and the rollout of militarized police, National Guard, and the crackdown and arrest of peaceful protesters, journalists and violent offenders alike, but to inflame other states in order to declare martial law around the country?

In the video below by Crusader 2127 aka Freedom Fighter 2127, he walks us through a posting that provides links and what he believes is evidence that Ferguson is indeed the “Mother of all false flags,” following those links to draw a big picture of what we are seeing, but more importantly what he thinks the general public are not seeing in the chaos of reports coming out of Ferguson, Missouri.

As a side note, the original viral photo shown in the video, along with the RT report and 22 second video claiming a missing leader from Ukraine is in Ferguson, is a hoax and states so in the detail of said video. The leader was inserted into actual RT RUPTLY footage and the RT report states that clearly as well.

Watch below as Freedom Fighter 2127 makes his case that this whole event is being manipulated by the DHS and TPTB. 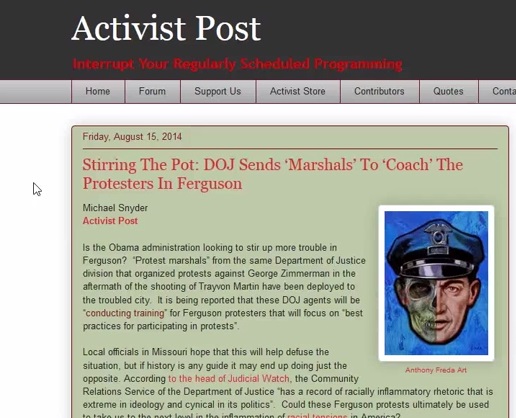