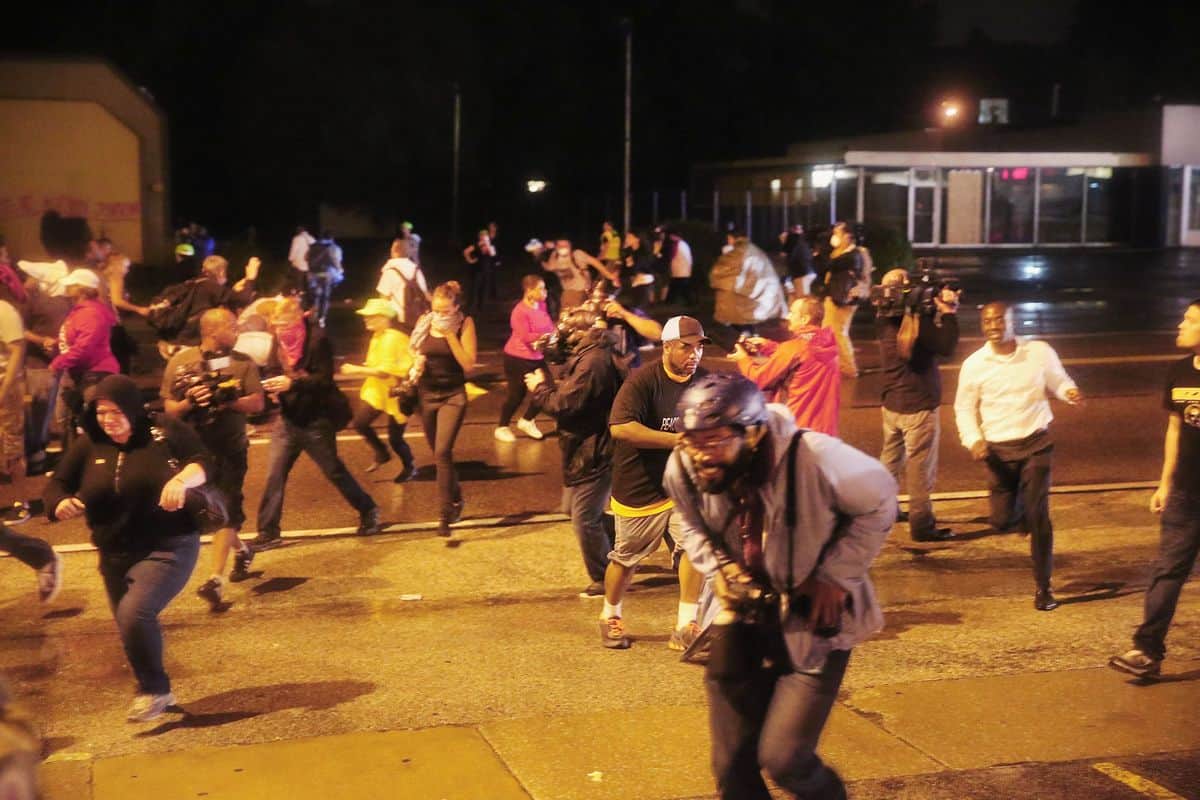 End Times radio host Rick Wiles interviewed Gun Owners of America’s Larry Pratt on his program yesterday, and the conversation inevitably drifted to whether the Ferguson protests are in fact a false flag operation to give President Obama political cover to unilaterally implement gun control laws.

“I was thinking how easily something like this could get out of control and there’s gunfire in the cities, if they go into the suburban neighborhoods and begin burning buildings and upsetting cars, homeowners are going to come out with their firearms and begin defending their property. And that sets the stage for Emperor Obama to say, ‘We have to get guns off the streets and this Congress has refused to implement my gun control legislation, therefore by executive order I am doing this, this and this,’” Wiles speculated.

“If he were to do something like that, I think he would trigger, very likely would trigger, a response that would completely put him back on his heels,” Pratt responded, adding that “precisely somebody talking the way you just hypothesized is why they have their guns, so they can protect themselves from tyrants.”

“And the more this guy wants to look like a tyrant the more he’d better stay within Washington, D.C., because if he starts trying to put his imprint on the rest of the country in terms of gun control, that will be a game-changer,” he added.

Wiles repeated his frequent claim that the “delusional” Obama’s “mission is to start a civil war.” Pratt agreed that Obama is on an Alinskyite mission to “bring the system down,” which he will perhaps accomplish through immigration policy.

Later in the program, Wiles wondered if Defense Secretary Chuck Hagel decided to step down this week because he refused to comply with an Obama plot to use the Ferguson case to “whip up social unrest in American cities” in order to stage a military takeover.

“I’m actually speculating that it may be connected to Ferguson, that the Obamanistas are doing their best to whip up social unrest in American cities and the defense secretary perhaps didn’t sign certain orders to activate national guard troops and to do certain things in the state of emergency,” he said. “That’s just my speculation, but it was an unusual event for him suddenly to be pushed out at the same time that we’ve got Ferguson taking place.”