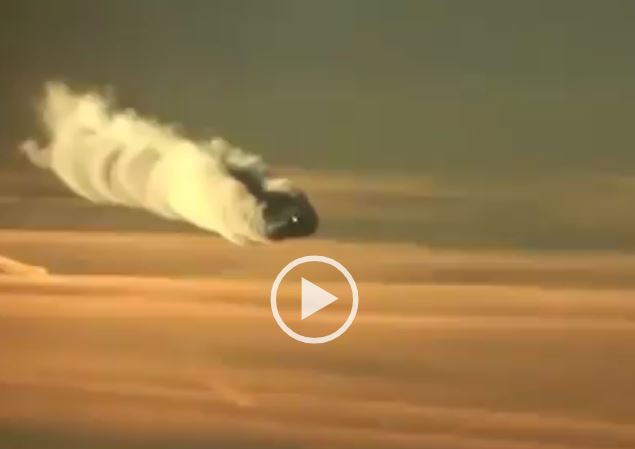 The very term “Geoengineering” assumes that we live on a globe orbiting a distant radiation-emitting sun from which we need to be protected. In yet another example of Hegel’s dialectic, the following article from Technocracy News offers a battle between “evil  Scientists” on the one hand and their more truthful counterparts (the ones who acknowledge the spraying frenzy in the sky) on the other. But more truthful is the best that can be said about these counterparts. Omitted from the narrative is the fact that the kabbalah based globe (geo) has never been proven but is rather a great lie upon which a labyrinth of other lies rests, beginning with the erroneous, kabbalah-based theory of evolution.

Most of us who are aware would insist that “At least they’re creating awareness of chemtrails!” And in part we’d be right. But taken to its logical conclusion, if we call awareness to a crime that is sickening and weakening the population, such as chemtrails, a crime that remained buried in the spiral of silence in the president’s state of the union speech last night, we reinforce a calculated, or at least controlled battle between the MSM and citizen “truther” journalists. And while that may be good and necessary, “truthers” have long since been labelled “terrorists” in a political atmosphere of increasing surveillance and government control, so it’s easy to see how the “truth movement” is being used to target “resistors”, an old Communist tactic. In addition, disinformation in the infiltrated truther/citizen journalist front leaves people hopelessly focused on a physical enemy, while their faith in God is obscured by an online barrage of esoteric teaching and confusion, in which the globe religion-based-fairy-tale plays a central part.

So, yes, Virginia, “they” (a world-wide group of power elites) are wantonly spraying God’s beautiful sky with metallic aerosols like barium, strontium, aluminum, and a plethora of other things to modify the weather for greedy gains and sicken the population while a still-largely-unaware citizenry carries on their daily lives. Yes, we should be aware of it. We should do what we can to raise awareness, call this crime out, and protect ourselves. But like Will Goodrich so beautifully articulated in “God, Cosmology and the Problem of Evil”, without THE TRUTH of God and Jesus Christ, and a biblical picture of the creation we live in, we’re only contributing to the sea of half-truths. “[A]nd you will know the truth, and the truth will set you free. (Jn 8:32)

The enemy’s strategy has always been to corrupt the truth  (Gen 3:1-7)

University: Spraying Aerosols Into Atmosphere Will Cause ‘Climate Chaos’

Geoengineering is already underway and is proving to be extremely dangerous to the world’s ecosystem. Scientists at University of Exeter are blowing the whistle and calling for strict regulation before uncontainable damage is done. Up to this point, the Technocrat mindset on chemically dousing the atmosphere has been that since they are right (in their mind only), they need no permission or consultation with anyone else. ⁃ TN Editor

Scientists have previously suggested that imitating volcanic eruptions to fire aerosols into the atmosphere would help to cool the planet down.

The aerosols, one of many ‘geoengineering’ techniques proposed as a way to deal with climate change, would cool Earth by block incoming solar radiation.

But this could have a devastating effect on global regions prone to violent storms or prolonged dry spells, new research has shown.

In response, the researchers, from the University of Exeter, have called on policymakers worldwide to strictly regulate any large-scale geoengineering programmes in the future.

They say this will prevent officials accidentally inducing natural disasters in different parts of the world.

Dr Anthony Jones, a climate science expert from the University of Exeter and lead author on the paper said: ‘Our results confirm that regional solar geoengineering is a highly risky strategy which could simultaneously benefit one region to the detriment of another.

‘It is vital that policymakers take solar geoengineering seriously and act swiftly to install effective regulation.’

The innovative research centres on the impact solar geoengineering methods that inject aerosols into the atmosphere may have on the frequency of tropical cyclones.

The controversial approach, known as stratospheric aerosol injection, is designed to reflect some sunlight before it reaches Earth’s surface.

The proposals mimic the aftermath of volcanic eruptions, when aerosols are naturally injected into the atmosphere.

In the study, the researchers use sophisticated simulations with a fully coupled atmosphere-ocean model to investigate the effect of hemispheric stratospheric aerosol injection on North Atlantic tropical cyclone frequency.

*Video of a Plane Filming a Jet Spraying Chemicals ~