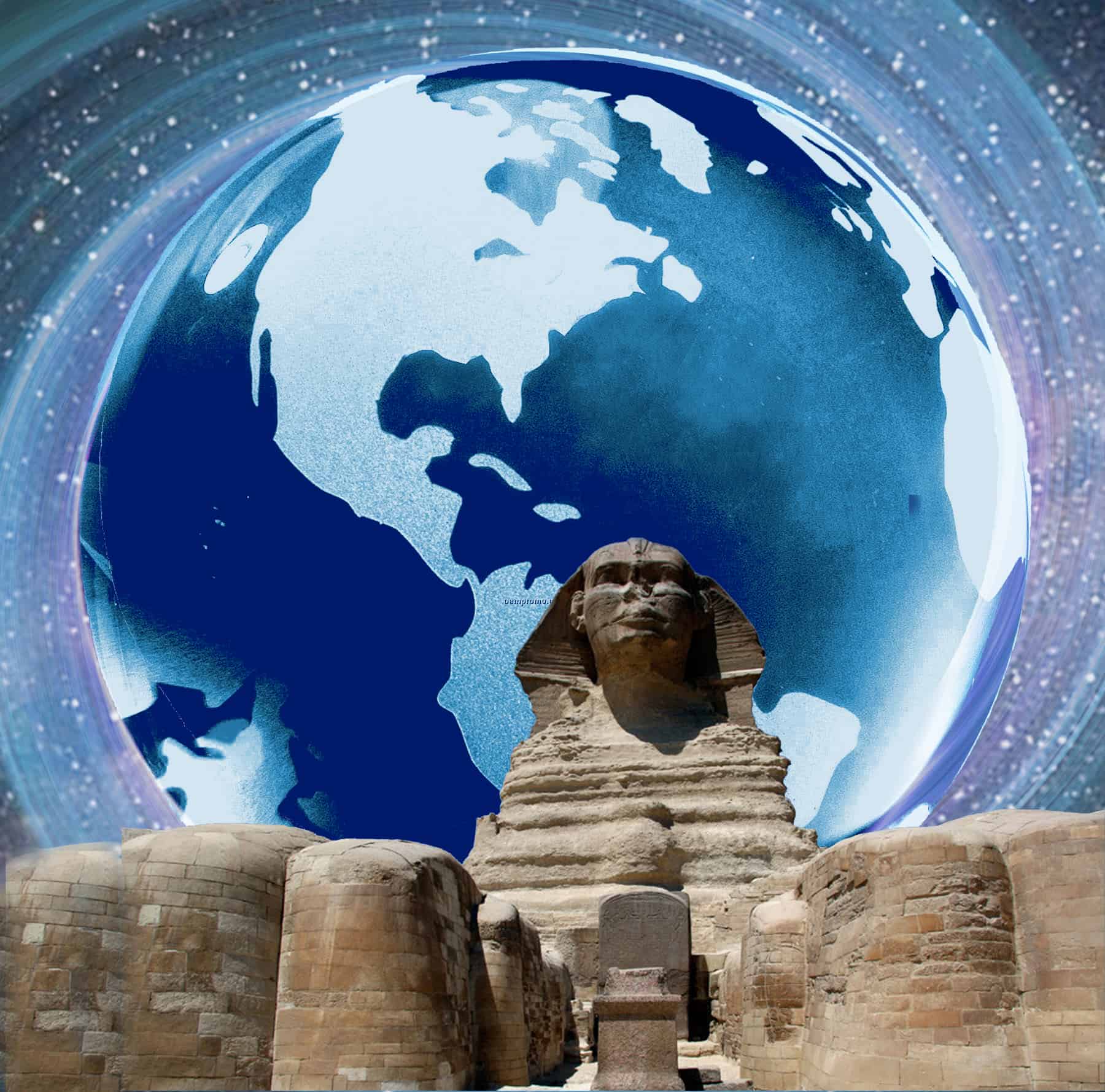 How can something be ubiquitous – everywhere – all around us and within us – and simultaneously, nowhere, nonexistent, and invisible?  How can something be a completely new “discovery” – apart from the established and broadly recognized known world – something outside of shared history, knowledge, and the domain of traditional science, and be simultaneously everywhere, in everything, living among us, within us and everyone, and integrated into everything we look at?  How could “something” be simply invisible and unrecognized by the majority, while simultaneously being identified, observed, researched –  pervasive, present, and persistent?  How could these discontinuities in public and personal awareness continue to co-exist while the realities behind them are being published and are public, thoroughly available on the internet, extensively reported through multiple channels of information, the focus of documentaries, subject of dedicated websites and news outlets, and amplified in countless science articles?

How could it possibly be that everyone and everything appears to be “infected” individually, while no one appears to be affected generally?

How could it be we have mounting direct evidence, and current research and data originating back over a decade, indicating all of life on Earth – the entire ecosystem and totality of the biosphere – has already entered, or is under threat and currently entering, a stage of “criticality,” a “catastrophe,” a “tipping point” of sickness challenging the essential viability of life itself, and redefining all future projections within new and radically narrowing parameters of Life’s trajectory?  How is it possible to learn this could possibly be true while simultaneously hearing about a “new biology” that seems indestructible, transcendent of the known domains of life, ubiquitous, self-replicating, and emergent from some unknown source within the “black labs” of science – a synthetic life form that is parasitic to ourselves and our ecosystem and embodying relentless abilities to “remain,” grow, and even thrive.

“…this condition actually represents a fundamental change in the state and nature of biology as it is known on this earth.  The evidence now indicates and demonstrates that there is, at the heart of the “condition”, a new growth form that transcends, as a minimum, the plant and animal boundaries.”  […]

“…accepted that this growth form appears to be ubiquitous in the environment, food supply, plants, and animals…”

It, has affected the all.

It is impossible to find the words.  We struggle to affirm conclusions that are explicit – and to embrace realities that are implicit.  We resist the discontinuity of dialogue between our intellect and our emotions, our mind and our soul, our brain and our heart.  We look to each other for another way – another conclusion – for some unseen potential or new data point that has escaped us, but certainly must remain as a hidden “pointer” to a viable path forward – a previously unrecognized dynamic that allows us to see once again, “it’s going to be alright.”

The terms we use are not sufficient.  The analytics we engage do not provide justice.  The language we have is not able to adequately describe the implications – the sadness – the mounting price being payed by Creation itself, and by each of us individually and as families, communities, cities, nations… and as a collective global civilization.  The weight of the burden we carry in the form of our children’s future is immeasurable and crippling.  The operators of this madness are kept in the dark or sworn to silence, the executives swim in secrecy, and the programs are not held to account by any legitimately authorized body.

The unholy marriage of geoengineering and bioengineering was consummated years if not decades ago.  We have years and years of conclusive research, patent history, direct observation, whistleblower testimony, and field data clearly indicating multi-phasic programs involving aircraft aerosol spraying, global use of energy and frequency weaponry, and biosynthetic production, release, and disbursement.  The offspring of catastrophic climate disaster is manifest and maturing.  The infiltration and manipulation of our food system is closing in on total.  The observations within our biological systems are documented.  Our oceans are broken.  The poisoning of our ecosystems nears cataclysmic – our air, water, and soil – contamination is quantified and cumulative.

Once pristine and relatively untouched habitats are saturated in aluminum, barium, strontium and other quantifiable nano particulate, chemicals, and salts   Our atmosphere has been seeded for conductivity.  Our immune responses have been triggered and in many cases overwhelmed.  Our ecosystem convulses with global, regional, and local response mechanisms throughout the biosphere.  Methane expulsions radically ramp up exponentially.  Weather is made to be artificial, disasters made strategic, and relief efforts are exploited by vested interests.  Our cultural “chatter” of mass media and entertainment can begin to sound like civilization’s labored breath in a death rattle.

Concerned citizenry of Earth, there is a time for reconciliation – for balancing these discontinuities.  There remains within us a struggle for harmony in the face of disequilibrium.  There remains the power and hope for light from within the darkest reaches of the Universe, and from within the depths of every soul.  We have had the pursuit of truth affirmed from within every faith tradition, the halls of science, and by the great personalities of Jesus, Gandhi, Krishnamurti, Buddha, Kennedy, Einstein, King, and of course, many, many others.  We have been warned of the dangers of secrecy, the curse of vanities, the outcomes of unrestrained power, and the results of unquenchable greed

We have been set upon.  Geoengineering must be a first-tier priority within our hierarchy of truth.  If the biosphere is shredded beyond its ability to sustain the complexity of the web of life, other issues simply don’t matter.  Our world is being targeted and fundamentally destroyed.  The harmony and chorus of life is under relentless, brutal assault. Our world views are being dramatically challenged.  Our courage is being called out.  Our sensitivities are confronted.  Our understanding is being ignored.  Our hearts are disquieted by media fed distractions and division.

It has affected the all.

We all have a roll in making what is “invisible” to some, readily apparent to all.  There are no essential conclusions regarding geoengineering that remain suspended as sphinx-like riddles beyond our understanding.  Even as we continue to bring to light the full scope of these programs, their “executors,” and the purposes being pursued, we have decades of clear data and research, and drawn firm and clear conclusions.  These conclusions need to become a part of what we refer to as “common knowledge” – and inspire appropriate outrage.  This is a matter of embracing clear and overwhelming science.  This is a matter of needing to look no further than one’s own family to find the rationale for engagement – and no distance beyond which we can find escape.

No To Being Silent!