(NaturalNews) At the same time that Monsanto’s corruption is infiltrating every corner of U.S. academia, government regulators and corporate-controlled media, Russia has just announced a total ban on the cultivation of GMO crops.

“A senior Russian government member told reporters the cabinet decided that any food production in the country will completely exclude any genetically-modified organisms or parts thereof,” reports RT.com.

According to official statistics the share of GMO in the Russian food industry has declined from 12 percent to just 0.01 percent over the past 10 years, and currently there are just 57 registered food products containing GMO in the country. The law ordering obligatory state registration of GMO products that might contact with the environment will come into force in mid-2017.

This puts Russia in a powerful position of producing nearly 100% non-GMO foods for both domestic consumption and export. Most consumers around the world, when given a choice, prefer to eat non-GMO foods. In the United States, the criminally-run food industry front group — the Grocery Manufacturers of America — is desperately trying to block all GMO food labeling in order to keep consumers in the dark about what they’re eating. Nearly the entire mainstream media, likewise, has also been bought off by the biotech industry and refuses to cover the truth about GMOs. (Which is why sites like GMO.newsare becoming so popular among independent thinkers.

Hungary is also working hard to produce GMO-free food products for its own people. As reported on GMO.news:

Hungary shall promote the effective application of the right referred to in Paragraph (1) by an agriculture free of genetically modified organisms, by ensuring access to healthy foodand drinking water, by organising safety at work and healthcare provision, by supporting sports and regular physical exercise, as well as by ensuring the protection of the environment.

Monsanto has infiltrated every institution in America: academic, media, government…

Monsanto, widely known as the world’s most evil corporation, has turned the United States into a massive GMO experiment by recruiting a literal mafia of academics by offering them monetary bribes disguised as “grants.” The University of Florida’s disgraced agricultural scientist Dr. Kevin Folta was recently exposed for financial collusion with Monsanto — a fact that even the New York Times could not ignore.

See the full document dump of Kevin Folta’s once-secret emails with Monsanto at this link.

Monsanto’s genetically modified seeds not only pose a risk of runaway genetic pollution and the collapse of food crops; the heavy use of cancer-causing glyphosate goes hand in hand with GM crops. Glyphosate is the deadly chemical that the Seralini study showed causing the growth of massive tumors in lab rats:

Here are some of the shocking findings from the Seralini study which was, of course, viciously attacked by the Monsanto Mafia and its cabal of paid-off, corrupt scientists:

• Rats that drank trace amounts of Roundup (at levels legally allowed in the water supply) had a 200% to 300% increase in large tumors.

• The study fed these rats NK603, the Monsanto variety of GM corn that’s grown across North America and widely fed to animals and humans. This is the same corn that’s in your corn-based breakfast cereal, corn tortillas and corn snack chips.

Learn more about the scientific evidence showing the dangers of GMOs and glyphosate atGMOevidence.com. Or visit GMwatch.org or GMO.news to stay informed.

California has recently announced its intention to add glyphosate to its list of “known carcinogens,” and the World Health Organization recently declared glyphosate a “probable carcinogen.”

While the United States government openly colludes with Monsanto and the biotech industry to poison the American people with toxic GMOs and glyphosate, Russiaapparently realizes that poisoning your own population is bad government. 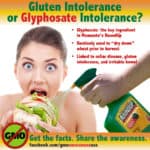 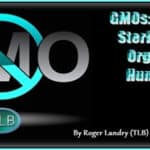 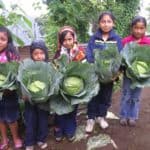 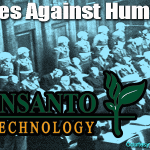 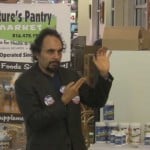