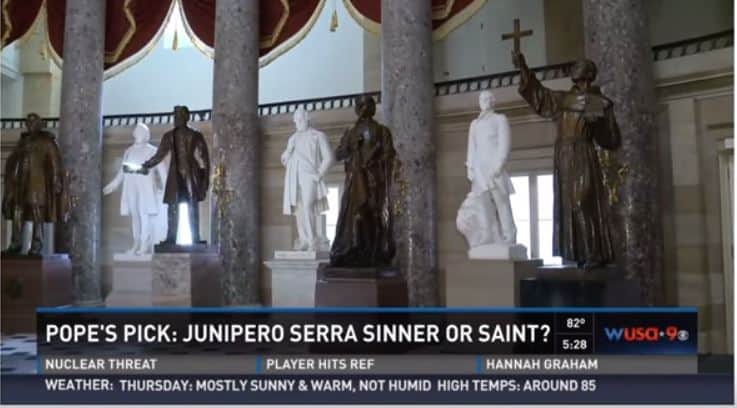 Controversy rising in Pope’s visit to America, September 2015. Francis makes decision to canonize a colonizer of Natives and causes a stir.
Junipero Sera dubbed the “Father of California” was exposed for underhand tactics in the book A Cross of Thorns: The Enslavement of California’s Indians by the Spanish Missions, by Elias Castillo.