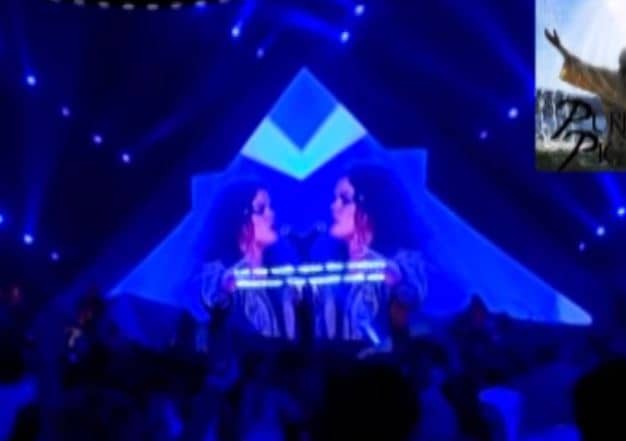 For those of you, who, like me, love Hillsong worship music, rather than taking anyone’s word for anything, I’ve qued this video to minute marker 7:26, where you can hear Brian Houston’s now famous words, likening Allah to Yahweh.

“For the time will come when they will not endure sound doctrine; but after their own lusts shall they heap to themselves teachers, having itching ears;” 2 Timothy 4:3

Brian Houston responds to criticism of his statement:

It’s commonly believed that historically, Muslims serve the same God as we do, since Isaac and Ishmael were both sons of Abraham, (and that their beliefs have changed over time). But Islamic history actually says that their faith originated with an angelic visit. Muslim tradition states that the “angel Gabriel” visited Muhammad and gave him the words [of the Qur’an] directly from Allah. (source)

“And no marvel; for Satan himself is transformed into an angel of light.” 2 Corinthians 11:14

19 Then Micaiah said, “Therefore hear the word of the Lord: I saw the Lord sitting on His throne, and all the host of heaven standing by, on His right hand and on His left. 20 And the Lord said, ‘Who will persuade Ahab to go up, that he may fall at Ramoth Gilead?’ So one spoke in this manner, and another spoke in that manner. 21 Then a spirit came forward and stood before the Lord, and said, ‘I will persuade him.’ 22 The Lord said to him, ‘In what way?’ So he said, ‘I will go out and be a lying spirit in the mouth of all his prophets.’ And the Lord said, ‘You shall persuade him, and also prevail. Go out and do so.’ 23 Therefore look! The Lord has put a lying spirit in the mouth of all these prophets of yours, and the Lord has declared disaster against you.” 1 Kings 22:19-23

It’s also important  to understand that the Qur’an (Koran, Quran) is the Holy Book of Islam and the religion’s most sacred writing.  Muslims consider it the actual word of Allah and not the word of Muhammad to whom it was given. (source)

Since the Qur’an, brought by the angel who appeared to Muhammad, contradicts the Bible on the nature of God, then we know that this being could not have been an angel sent by the Lord God Almighty; Yahweh.

Islam is not an Abrahamic faith. Allah, the god of Islam, is nothing like the Biblical revelation of the one true God.

what pagans sacrifice they offer to demons and not to God. I do not want you to be participants with demons.

We are forbidden from having anything to do with the Muslim god. In so doing, we would be recognizing fallen angel(s) who are impersonating God.

I can’t say that I know what Brian Houston was attempting to convey through this teaching. Only God knows his heart. He may be under a common, but mistaken, impression about Islam which is commonly believed among Christians; that Islam is an Abrahamic faith. But as shown above, it’s own tradition reveals that Islam originated from the words of a fallen angel. More info here: Christianity and Islam—The Same God?

Here, in full context, is Brian Houston’s sermon, which is no longer on the Hillsong website.