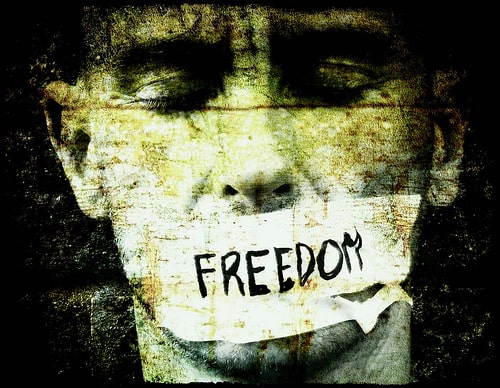 Thomas Jefferson rightly noted that big cities are the “bane” of freedom. And in a letter to James Madison, Jefferson wrote, “When we get piled upon one another in large cities, as in Europe, we shall become corrupt as in Europe.” Modern America is a living testament to Jefferson’s sagacity. Unlike early America, the vast majority of the U.S. population now lives in large metropolitan areas. And it is the big-government machinations of big-city politicians that are leading the charge for America’s surrender to Big Brother. Houston, Texas, is the latest example.

“The city of Houston has issued subpoenas demanding a group of pastors turn over any sermons dealing with homosexuality, gender identity or Annise Parker, the city’s first openly lesbian mayor. And those ministers who fail to comply could be held in contempt of court.

“‘The city’s subpoena of sermons and other pastoral communications is both needless and unprecedented,’ Alliance Defending Freedom attorney Christina Holcomb said in a statement. ‘The city council and its attorneys are engaging in an inquisition designed to stifle any critique of its actions.’”

Starnes continues, “‘Political and social commentary is not a crime,’ Holcomb said. ‘It is protected by the First Amendment.’

“The subpoenas are just the latest twist in an ongoing saga over the Houston’s new non-discrimination ordinance. The law, among other things, would allow men to use the ladies room and vice versa. The city council approved the law in June.

“The Houston Chronicle reported opponents of the ordinance launched a petition drive that generated more than 50,000 signatures–far more than the 17,269 needed to put a referendum on the ballot.

“However, the city threw out the petition in August over alleged irregularities.

“After opponents of the bathroom bill filed a lawsuit the city’s attorneys responded by issuing the subpoenas against the pastors.

“The pastors were not part of the lawsuit. However, they were part of a coalition of some 400 Houston-area churches that opposed the ordinance. The churches represent a number of faith groups–from Southern Baptist to non-denominational.

“‘City council members are supposed to be public servants, not “Big Brother” overlords who will tolerate no dissent or challenge,’ said ADF attorney Erik Stanley. ‘This is designed to intimidate pastors.’”

Starnes also wrote, “Among those slapped with a subpoena is Steve Riggle, the senior pastor of Grace Community Church. He was ordered to produce all speeches and sermons related to Mayor Annise Parker, homosexuality and gender identity.

“The mega-church pastor was also ordered to hand over ‘all communications with members of your congregation’ regarding the non-discrimination law.

“‘This is an attempt to chill pastors from speaking to the cultural issues of the day,’ Riggle told me. ‘The mayor would like to silence our voice. She’s a bully.’

“Rev. David Welch, executive director of the Texas Pastor Council, also received a subpoena. He said he will not be intimidated by the mayor.

“‘We’re not afraid of this bully,’ he said. ‘We’re not intimidated at all.’

“He accused the city of violating the law with the subpoenas and vowed to stand firm in the faith.

“‘We are not going to yield our First Amendment rights,’ Welch told me. ‘This is absolutely a complete abuse of authority.’”

Obviously, city officials in Houston, Texas, are trying to use their authority to bully and intimidate local pastors and churches from exercising their God-given duty to proclaim truth as they understand it. And, yes, such speech is emphatically recognized and protected in the First Amendment to the Bill of Rights. Therefore, it is clear that Mayor Annise Parker and the Houston City Council do not believe in the freedom of speech; and their actions should be regarded as an act of tyranny by any freedom lover–be they Christian or otherwise.

The issue is NOT homosexuality or lesbianism; the issue is freedom of speech and religion. And I would say the same if the folks exercising their First Amendment freedom were homosexuals and lesbians. In fact, can you imagine the outcry of the national media if, instead of a lesbian mayor and pro-homosexual city council, the mayor of Houston and city council were conservative Christians and the clergymen being threatened with fine or imprisonment over their freedom of speech were lesbians and homosexuals? Why, the outcry of the national press corps would be deafening. As it is, for all intents and purposes, the story is completely ignored by the vast majority of the mainstream media. So typical!

The audacity of Mayor Parker and the Houston City Council to demand they examine and approve of a pastor’s sermons and private communications with parishioners! This is so egregiously offensive it is difficult to comprehend that we are talking about an American city. But this is NOT the America of Washington, Jefferson, and Madison. Furthermore, it is obvious that Texas is NOT the State of Travis, Austin, and Houston. In fact, the namesake of the City of Houston must be turning over in his grave. I doubt that the Mexican tyrant, Santa Anna, ever dreamed up anything as dastardly as what we see emanating from the twisted mind of Mayor Parker and her corrupt cronies on the Houston City Council.

Unfortunately, there is absolutely no doubt that the action of Houston city officials is only a precursor of forthcoming acts of tyranny.

Most of us are aware that the Internal Revenue Service (IRS) recently issued a statement saying it was going to begin “monitoring” the sermons of America’s pastors after an atheist organization complained that too many of America’s pastors were violating the conditions of their non-profit tax status under section 501c3 of the Internal Revenue Code (IRC).

See this report: IRS Agrees To Monitor Sermons In Settlement With Atheists

As an aside, I have to chuckle at the proposition that too many pastors are speaking out on political issues from their pulpits. How many churches have you attended lately? One could visit almost every church in a given community and not find ONE pastor who regularly speaks out on what some might call “political” issues. In fact, a recent Barna research project discovered that some 90% of America’s pastors deliberately refuse to address such subjects from the pulpit.

Furthermore, I am NOT IMPRESSED with the so called “Pulpit Freedom Sunday” in which pastors are encouraged to deliberately speak out on topics considered taboo by the IRC on one particular Sunday of the year. Nationwide, some 1,500 pastors reportedly participated in a recent “Pulpit Freedom Sunday.” That’s 1,500 out of over 300,000 evangelical pastors in America. Do the math.

I ask you, what is the big deal if a pastor decides to speak out on salient political and cultural issues on ONE Sunday? What about the other 51 Sundays? Tune in to Liberty Fellowship in Kalispell, Montana, folks. EVERY SUNDAY is “Pulpit Freedom Sunday” at Liberty.

Then again, Liberty Fellowship is NOT a 501c3 church. And that is what makes all the difference. And sooner or later, Mayor Parker and others of her ilk are going to get around to that. And when they do, the lunacy of America’s pastors and churches allowing themselves to become creatures of the state via their acceptance of the 501c3 non-profit tax status is going to come home to roost.

What these pastors and churches of Houston, Texas, (and the rest of the country) don’t realize–or have ignored–is that when they voluntarily accepted the 501c3 categorization of the IRS, they also voluntarily accepted the rules and regulations of the IRC. Therefore, the government does not recognize them as churches and pastors but as mere corporations and corporate officers. And, tragically, they are right. That’s exactly what a 501c3 “church” is.

Again, sooner or later, Mayor Parker and Company will awaken to this reality. And that’s when the real battle lines will be drawn.

So, let’s acknowledge that the vast, vast majority of America’s 501c3 pastors and churches have completely abdicated their freedom of speech and freedom of religion to the IRS and make no pretense about it. Barna’s research says 90% of America’s pastors deliberately refuse to address political issues from the pulpit–the very same issues that violate the stated rules and regulations of the IRC. Then, let’s also acknowledge that the vast, vast majority of America’s church members have deliberately laid their religious convictions on the altar of IRS tax benefits for donations to “charitable organizations,” i.e. “churches.”

The shot fired in Houston, Texas, by the mayor and city council is indeed a “shot across the bow.” And, in typical fashion, it is a large metropolitan area that is firing this shot of tyranny against the sacred principle of religious liberty. The sage assessment of Mr. Jefferson is proven dead right. And, as already noted, we can certainly expect the federal government, via the IRS, to join in the barrage.

But, as I see it, this fight is long overdue. For too many years, America’s churches have operated as creatures of the state without any seeming repercussion. This lack of aggressive intrusion into church affairs has accomplished two things: 1) It has given pastors and churches a false sense of security, and, 2) It has given time for pastors and churches to be thoroughly indoctrinated in the devilish philosophy that it’s okay for the church to operate under the auspice and “benevolence” of Caesar. Now, it appears that the façade is beginning to be lifted; the dragon is awakening.

That the Church will once again be forced to truly recognize who their Master is, what their spiritual authority is, and where real liberty comes from, is not a bad thing at all. It just might be the beginning of what America needs most: fiercely independent, unshackled pastors and churches that are courageously and fearlessly proclaiming the Biblical Natural Law principles of liberty, which have been mostly ignored for well over a century. It will also give genuine believers an opportunity to identify real Bible churches from phony, government-created non-profit organizations pretending to be churches.

It took religious persecution in Colonial America to bring about a Great Awakening, which then produced the great separation from the British Crown and American independence. It appears that it’s going to take religious persecution once again to bring about another Great Awakening, which very well could produce another great surge of liberty and independence in our land.

Houston, Texas, might be the beginning, but it most certainly will not be the ending.