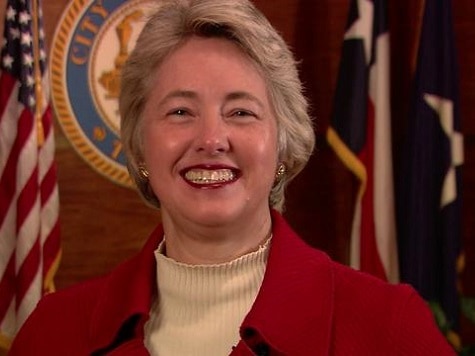 
AUSTIN, Texas — Houston Mayor Annise Parker has backed down from the subpoenas the City of Houston issued to several area pastors, Breitbart Texas has learned.

Breitbart Texas reported earlier about the controversy, stemming from litigation challenging the city’s anti-discrimination ordinance and subpoenas asking the pastors for the content of their sermons, speeches and communications with church members. Texas Senator Ted Cruz weighed in, firmly supporting the pastors in their efforts to fight the subpoenas, while Mayor Parker initially remained adamant that the city had the right to request those records. Despite posting comments on Twitter just hours before that seemed to indicate she would continue to fight this issue, she told a Houston radio station that she had changed her mind.

As reported by KTRH Mayor Parker admitted that the subpoenas were too broad, and that the pastors’ sermons should not have been included. “It’s not about what did you preach on last Sunday,” she said. “It should have been clarified, it will be clarified.” City Attorney David Feldman had an odd admission of his own: that he had not reviewed the subpoenas before they were issued. “When I looked at it I felt it was overly broad, I would not have worded it that way myself,” said Feldman.  “It’s unfortunate that it has been construed as some effort to infringe upon religious liberty.”

City officials told KTRH that they would narrow the scope of the subpoenas, but it is not clear how they will address the other concerns voiced by the pastors regarding their free speech and religious liberty issues with the rest of the items requested by the subpoena.