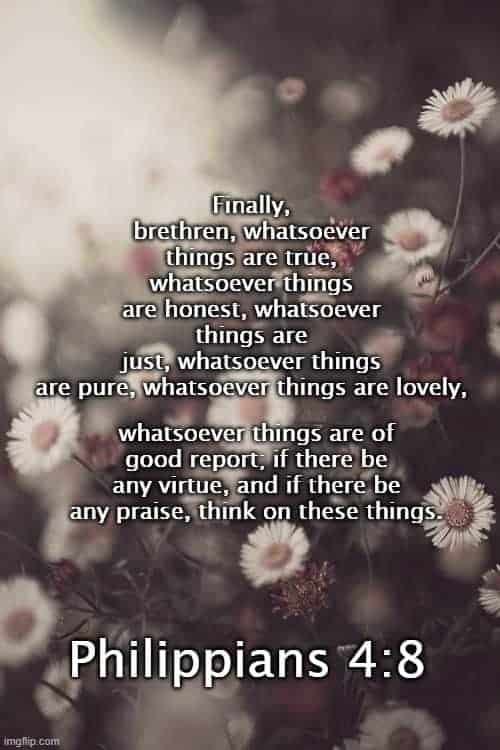 By Reuben Reubenstein
I recall the day. It was some time in the mid 90s. I was on a church youth camp at The Battery campsite in Llandudno, which is situated along the spectacularly scenic Atlantic coast of Cape Town, South Africa. All the beach activities were completed and the group was about to leave when the youth pastor called all the guys to remain while the girls headed back to site. It was late afternoon. There was a chill wind blowing off the ocean yet we were instructed to remove our tops. A look of confusion from the boys inevitably ensued. It was at that moment that the youth pastor told us to imagine that we are standing beside a fire. In that moment I had forgotten about the cold as I felt the warmth I had envisioned.
This scenario is something that has stuck with me due to its profound message. It shows how powerful the mind is. This is called the placebo effect. The body reacts to perception. You’re ill so you go to the doctor. Your perception of the doctor is that he’s able to heal you. His attire and the props in his practice add to the perception. He asks some questions before checking your body temperature. He hands you some medication and prescription pills. For all we know, the medication is tomato sauce and the pills are smarties. You take it and suddenly you’re beginning to feel better.
Nocebo has the inverse effect. It occurs when the body becomes ill due to fear. This is where we’re at today, and this is what I believe is being manufactured through the threat of the vaccine and all other forms of fear propaganda. You see a masked society. You hear what vaccines can supposedly achieve. You think of your family and friends and how they are being affected by all that’s going on. You worry about employment as you see where things are headed. All of this is a psychological attack that’s meant to keep us worrying.
I am speaking to truth seekers because the attack are on those who are in Christ and following in His ways. The aim is to remove Christ from our minds. Everyone else is collateral because they just go along with the mainstream narrative and/or don’t have Christ as their focus. They don’t require much persuasion in this game of psychological warfare. I believe that having this understanding is what causes one to see how reverse psychology is used.
Having had a discussion on this topic with a friend, we established that much of what we as truthers share paints a picture of doom and gloom that may or may not play out as perceived. The truth community have been conditioned to think a certain way. These players are not dumb people, they are 32nd and 33rd degree Freemasons. That level of Freemasonry makes you a sorcerer. You are a magi/magus/magician. You would have gained the enlightenment that’s required to shape perception. You can warp the mind in ways that unwitting people cannot perceive. You are given a platform through which to work your magic. It could be the media, the medical and pharmaceutical industry, education, religion, sports, entertainment, politics…
Generally speaking, I believe that truthers don’t realize how deep the deception goes. Even we can be deceived. I can sense that in the tone of the posts. The purpose of the media is to manufacture emotion in those following the events. We see the fake vaccine shots. We see the false flags. We see the blatant misuse of funds. We see crisis actors. We see the code words, the purposefully placed symbols and the secret hand signals. They know we are watching the Space Needle and seeking out the hidden messages. They know this because we have been led to see these things in our research that’s semi-hidden for us to dig up. It’s all intentionally done to keep us focused on what they are propagating. Irrespective of whether the threats are real or perceived, the bottom line is the propagation of fear.
Truthers don’t like admitting to living in fear. Fear is shaped by emotion and I can see the fear when we express anger, sadness or whatever emotional response that’s being elicited through the events being played out. We have anger towards Gates, Fauci and the WHO. We are angry that our “freedoms” are being removed, yet we proudly proclaim that we are not of this world. The constitution of any nation isn’t ours. It’s just used as a Trojan Horse to gain our participation in this fallen world system. Our constitution are the laws which govern the heavenly kingdom. We don’t truly have rights here.
This is by no means a hit piece on any individual/s. I have been there myself. I was moved by emotion. I was hypocritical in the way that I proclaimed kingdom citizenship while getting caught up in the cares of this world. It’s with this in mind that I would like to offer encouragement to those of us who are are watching and waiting. We know that the battle is spiritual more than anything else. We need to guard our hearts and minds with that which is pure. We need to keep our mind focused on the one who should be the center of our thoughts. The mind is a temple, it’s here that the King of Kings is seated. We don’t want him dethroned by our vain imaginations.